CalPERS Ballot rules protect board, keep others in the dark

Membership in this case means more than 1 million state and local government workers and retirees — the people whose $155 billion pension fund the powerful CalPERS board directs. How do CalPERS members benefit from ballot statements stripped of any information about what candidates for the pension board think about issues affecting their pensions? 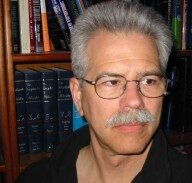 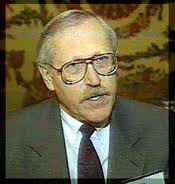 A little history is instructive here: Last year, CalPERS board candidate Jim McRitchie mounted an aggressive but unsuccessful challenge to CalPERS board President William Crist. Among other things, McRitchie wrote in his ballot statement that Crist “had accepted gifts from those doing business with CalPERS.” No one challenged the truth of McRitchie’s ballot statement, but it infuriated Crist. In what an official protest panel later ruled as “arguably a technical violation of board rules,” incumbent Crist was allowed to amend his own ballot statement after the deadline to respond to McRitchie.

CalPERS is required to seek public comment on the rule changes. The public should protest loudly and clearly.

(Update: Published May 25, 1999, Sacramento Bee, graphics and ads added by CorpGov.net, the subtitle was modified to include the word CalPERS. and each instance of PERS was replaced with CalPERS.

The violation by Crist and CalPERS staff was hardly a “technical” violation. It was a violation clear and simple – one which was never allowed before or since. Thanks, in part to the Bee’s editorial, McRitchie and others were able to get the Board to rescind the proposed regulations to muzzle critics. No one was ever punished for the clear violation of CalPERS regulations. In fact, although state law prohibits use of public office to assist candidates, CalPERS regulations only prohibit such action by those directly involved in the elections process. As I recall, those working directly on elections must now sign a statement acknowledging this prohibition. In the 1998 violation, it was the chief counsel who allowed Crist to violate the law, based on her premise that his first amendment rights trumped CalPERS rules. Was the chief counsel directly involved in the elections process? I doubt anyone would have thought so in advance.)