Disclaimer: These are my notes from the conference of mostly California pension funds. I’m not a very quick note taker, so I have a tendency to fill in the “gaps” with relevant material from the Internet and with my own interpretation of what where I think the speaker was going. These notes are basically a small part of a more than 15 year diary mostly written for my own future reference. Of course, I try to be accurate but this is a blog. I don’t have the fact checkers and other resources of publications like the New 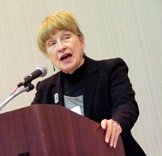 York Times. On the other hand, I’d like to think that I sometimes bring additional insights to bear on the subject… sometimes more than the average reporter… although that may be delusional on my part.

The subject of the 1st day of the LA Pension Fund Trustees Roundup 2011 conference was, Pension Fund Strategies for Securing Fund Assets. After introduction and welcoming remarks from Carolyn Widener of the LA Trustees Network, we heard from Mike Musaraca of Blue Wolf Capital.

Why We Need to Organize to Secure Fund Assets: Mike Musaraca

Musaraca reminded us of the shocking income gap between rich and poor in America, with the hollowing out of the middle class. Retirement trustees are often at the center of the debate trying to ensure retirement security and a decent standard of living for beneficiaries. A crucial component is how well trustees grow and protect our funds.

As a result of lack of regulation and failure to enforce what regulations we did have under Bush and Greenspan, as well as preverse compensation incentives, we are now drowning in a sea of toxic assets. But 2008 was not the first crisis in recent times but was part of a pattern. Huge pools of capital have an enormous impact on capital markets and the economy. We need to ensure against future market failures.

The current drive to eliminate collective bargaining… now focused on public sector employees, is linked to the drive to repeal Dodd-Frank. We need to ensure the SEC is not starved to death. Capital structures must meet the needs of the larger society. Our future welfare is tied not only to how much money we earn next quarter but what kind of world we will live in when we retire.

Pension funds need to police the behavior of the companies the own through mechanisms like majority vote requirement for corporate directors, fair executive compensation systems and a political system that is not hijacked by campaign contributions from organizations like the Chamber and Business Roundtable funded by the companies we own. Generating extra alpha will no longer secure the continued existence of the middle class. Unions and public pension funds must play a crucial role in growing and protecting our assets 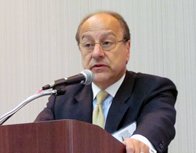 The FCIC website contains the book, approximately 2,000 documents, public testimony at hearings, audio, transcripts and summaries of more than 300 witness interviews, and additional staff reports and data to create an enduring historical record of this crisis. Risk hadn’t been diversified; it had been concentrated. By 2008, the shadow banking sector was larger than the real banking sector. There was a failure to account for greed.

Bill Sokol pointed to important provisions in Dodd-Frank, especially provisions providing investor protections and regulatory reform such as say-on-pay, proxy access, removal of broker votes for some items, whistle-blower provisions. He urged fund trustees to understand the tools the bill provides and to use them to protect their plan participants. California judges, who are members of CalPERS, will be watching. 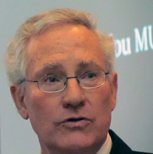 with the care, skill, prudence, and diligence under the circumstances then prevailing that a prudent man acting in a like capacity and familiar with such matters would use in the conduct of an enterprise of a like character and with like aims.

In other words, if you act like all the other fiduciaries you’ll be okay… even if you’re all falling off a cliff. Goldman and JP MorganChase are reserving half their profits for executive bonuses. When asked about billions lost by those who bought their products, their defense is “you should have known better when buying our junk. Aren’t you sophisticated investors?” The incentive systems of banks are at the root of our problem. Are we ready to simply go back to those Wall Street used car dealers?

We should be rethinking fiduciary duty so that we move beyond maximizing returns, especially short-term returns. Your real job is to make sure beneficiaries will retire into a safe economy. If you’re investing in the BRIC economies, you may want to question if you are really meeting your fiduciary duty. Your duty is to be proactive, not passive.

Cris Ailman of CalSTRS says they have been reexamining their portfolio to reduce risk. Although their investments will now be less risky, the changes are also likely to reduce returns. They spend $2M a year on their corporate governance program. They are hoping other funds will “fill out the army,” signing on with their recommendations or the recommendations of others that have carefully analyzed proxies. We will all be more powerful when we act together– pension funds, groups and individuals.

He appeared reluctant to embrace Sokol’s call for more local investments. CalSTRS is investing in California but is also investing overseas. Alabama’s funds have embraced investing more of its funds in Alabama. They are now the state’s biggest creditor. Piling everything into one basket carries risks. (see Two Alabama pension funds’ investment returns lag most in nation) Another challenge CalSTRS faces is recruiting and retaining staff, given pay limitations. We need to continue to focus on risk.

Don’t believe anyone. (Especially on Wall Street?) If we move to defined contribution plans, heaven help the retail investor. The financial services industry had 3,000 lobbyists working on Congress during the development of Dodd-Frank. [According to the Bureau of Labor Statistics, employment in the securities industry (including broker- dealers, commodities, and other financial investments and related activities) is projected to expand 12 percent by 2018, spurred by the large number of baby boomers in their peak savings years, the growth of tax-favored retirement plans, and the globalization of securities markets.]

CEO Pay and Accountability: A Study of Challenges and Opportunities to Secure Fund Assets and Mitigate Risk through Corporate Governance 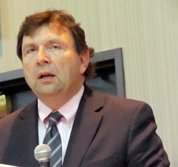 Ehnes – CalSTRS lost value but their have been some significant changes around disclosure and executive pay. CD&As for first time are required to explain not only what they do but why. 20,000 comments on exec pay SEC rules in 12/2009. SEC now require relationship between pay and risk, as well as disclosure of conflicts of interest. Dodd-Frank requires ratio reporting. (Execs to average pay in company.) 21st Century Report from Ceres incorporates measures around environmental progress.

Per Olstad – What should investors be looking for? Mitigate risk (clawbacks) or enhance performance (with cliff scenario). Need for greater focus on the business model agrees with Alan MacDougall.  Ratio reporting is important because it can’t be fudged. SOP companies will understand what it means. Boards do not engage unless directors feel they will be held accountable. People will use SOP as an out rather than holding directors accountable.

Heavy reliance on bonuses and equity compensation. Incentive pay, lots of equity, long restriction periods. Excessive reliance on cash annual bonuses. Such high pay that execs are indifferent to stock performance. Important to vote proxies. Reassess guidelines re pay. Holding investment managers accountabile. Balance between long and short-term. Too many execs protected against failure. Maeaningful skin in the game. Can they hedge?

Thinks incentive compensation works. Might be cultural difference. Bigger issue might be what is enough. Incentive drives behavior, sets tone at top. Voting on equity, cash bonus and overall compensation. We could reshape with our tools. If there is a rulemaking that would engender contraversy it would be this one (ratio). Shareholders are going to be blamed for approving SOP votes. That’s crap. Very fragmented so hard to act collectively. Funds with few resources need to tack onto those with greater resources. Going to happen.

White paper looking at SOP. Get some views in advance of meetings. Energize your listservs on specific companies. Two companies lost SOP votes so far. 13F filers will have to disclose SOP and SWOP votes. We can then put pressure on those funds that don’t put much effort into voting. In favor of full disclosure. Proxy advisor firms should register as investment advisors. Increasingly, funds are developing their own proxy voting guidelines. 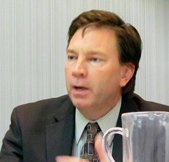 Ted White – Mismatch between time periods. Take multi-year to determine if works but paid annually. Compensation plans incent manage to short term and for swings. Background as investment professional. Responsible stewardship. Real issue is that it works too well. You’ve got a tiger by the tail that has to be managed carefully. Failure of owners to oversee properly.  Dozens, hundreds, thousands of factors go into pay for performance. Qualitative factors may be more important than financials (customer service is one example). Companies need to find out on a more granular basis why shareowners are upset. Funds need to get into the details with compensation committees. Incentives that reward for being middle of the pack. (unaccptable) 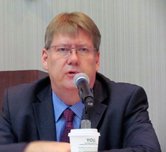 Alan MacDougall – disagrees with the idea of variable compensation. Market doesn’t analyze asset business model analysis. Risk is principally accounted for by the market a company is in. What compensation meets that time scale? Most don’t manage for the long-term.

Consequence would be profound. CEOs should have to reapply for their own jobs every year.  We didn’t understand how Wall St. worked. The real issue was that people were taking risks that they didn’t disclose. There is no countervailing power within the firms.

Employees and shareholder representatives on compensation committees may help.  Incentives work for the wrong reasons. Dan Ariely, etc. Shop floor – should that be incentivized?  If we swept them all away, would be likely produce better in the long-term.

It isn’t about the evidence. It is about the power relationships. Make it a binding vote. Make compensation committee responsible for compensation for entire company. Companies don’t like to talk to shareowners. They don’t want the 5th analyst call. Tight culture. SOP process enables more communication about what we are expecting. Advises, publish your own policies, publish your votes (before or after). PIRC proxy services only that publishes votes post vote. Good for dialogue… esp most around the egregious situations.

Click here to see materials from many of the speakers

Pensions for All
Controversy Among Corporate Secretaries