Disclaimer: These are my notes from the second day of a conference of mostly California pension funds. I try, but don’t guarantee accuracy. These notes are very abbreviated and do not cover several speakers.

The LA Trustees Roundup keeps getting better every year. If you’re a trustee or even just a member of a public pension fund, you should plan on attending next year. Coverage of day one: AM sessions, PM sessions.

We used to suffer from benign neglect. Public sector employees and unions were an after-thought when it came to legislation. Now we are squarely in the focus of Congress.

There was no budget deficit in Wisconsin before tax breaks for corporations. Unions have agreed to cutbacks. Need to parse it out for media and public. Beginning in May last year NCPERS organized a series of meetings of unions and public sector trade associations. Developed toolkit with responses. “Retirement Security for All” might be the direction to go. Majority of folks are just too busy with daily struggle to pay much attention. We work hard for you, let’s work together to obtain retirement security for all.

One option worth exploring is to allow private sector employees to buy into pension funds. They are in discussion with Obama administration. A pilot project would probably need to  be exempt from ERISA regulations for it to go. 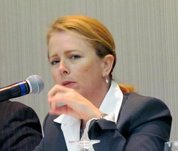 About 2004 Keith Richmond started an attack to privatize public pension funds. Labor beat it back both an initiative and bills in the Capitol but the other side has gotten smarter by trying to take on a smaller chunk. Bell scandals stirred pension envy and created an impression among some that these criminals were something close to the norm.  There are now a series of measures proposed around the state beating down public pensions. Former LA mayor Richard Riordan has jumped on this bandwagon, suggesting that pension funds should have a risk-free discount rate. Conservatives want cities to declare bankruptcy so union contracts can be obliterated. We are cutting to the bone. An election in June may require pension reform with hybrid. City of LA is a major battleground.

Poll shows path forward. People are in a bad position with regard to retirement security. There is no retirement for many private sector but only 5 to 6% see it as an important issue to them. Everyone has the right to a secure retirement. Let’s keep the momentum of Wisconsin going.  We need academics dialed into talk with the press. The Horizon Institute is moving forward with notion that a strong government is important for a civil society. Horizon is launching a secure retirement initiative.

When was the last time you read a good story in the media about public sector employees and their pensions? Can journalists be our allies? Need spokespersons who are not self-interested. Quotable soundbites. Framing “retirement security for all.” We can’t afford to say no comment.

Know the six Ws when dealing with reporters: who, what, where, when, why, and don’t forget www. Always leave them with an Internet address where they can get more information.

Preparation: research possible questions, especially the difficult ones; know your core message. When they ask if there is anything else, that’s your opportunity to provide more information, such as your website, and to summarize your main points.

Use a media call sheet to keep track of reporters, their phone, e-mail, who they are writing for etc. Ask who else is being interviewed; you may have suggestions. What’s the story angle? Do they need materials you might have, like charts, videos, diagrams, and web site info?

Leading you down the wrong path? Let me put that in perspective. That’s not the data we’ve seen. If they ask you the wrong question, you answer the right question. Don’t repeat negatives or you’ll find them used out of context.  Carry a flip camera so that you can offer reporters an immediate video clip. 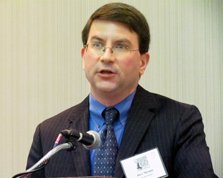 We’re in a battle. Most voters are just starting to focus on pensions and are open to reframing but voters who have been paying attention for a while are less likely to be with us, since opponents have been getting out their message and people do have real concern about budgets and deficits. We can win with a narrative that emphasizes raising the bar for all and advocateing for real retirement security – a distant dream for an increasing number of Americans.

36% have something but 41% have nothing but social security.  Of those who have something: 42% have a pension, 45% have a 401 (k), 13% something else or don’t know. 70% are aware that a 401(k) is only a partial plan. The public has a positive view of public employees, especially firefighters, police, and teachers. We start in a positive position, since most favor strengthening pensions. However, most haven’t really thought about the differences between a real pension plan and a 401(k). When asked, 59% favor new employees going to 401(k) plans. Allowing private employees to buy-in gets a  slightly favor.

Wall Street is the bad guy. We need to raise the bar; retimement for all.  Pensions provide lifetime security and help our economy by driving a $358 Billion in economic impact.

Getting Organized in a Challenging Environment

Until recently, the public was evenly split; now 2-1 are in favor of reducing benefits to newly-hired public employees. The big driver is the city of Bell and outlier examples of abuse. Starting early is critical. 11 out of 12 measures to restrict public pension funds last year passed. The way it is presented on the ballot has been crucial. Give public employees a face and put our benefits in context. Debunk the myths. When you are explaining you are losing.  Build coalitions that expand beyond those with a clear economic interest. ID and highlight impacts of ballot measures that stretch beyond pension benefits. Highlight what public employees have already done. Consider other messages that can vary locally. (Other wasteful spending, pay for managers and elected officials, stressing ballot is not the place dealing with such complex issues.) Be prepared for changing circumstances.

We did roll back the retirement benefits of SB 400 and beyond. Little Hoover flies in face of Supreme Court decisions. Government is actually paying less now than in the 1980. Over the past 30 years the benefits of economic growth have gone to top 1%.

We then broke into work groups and discussed how we can take some of the concepts discussed, along with our own ideas, back to our own organizations. It was a great conference for a group facing real challenges. Be sure to check out resources posted to the conference site. See also State Treasurer Bill Lockyer’s response to the Little Hoover Commission’s report.