Into the second day of the Yale Governance Forum 2011 and I began to relax among friends, not being quite as conscientious about taking notes but here are a few tidbits from an interesting discussion between Kurt Schacht and Jules Kroll. 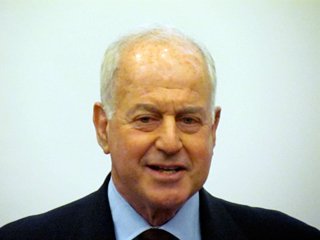 Schacht introduced Kroll by noting that everyone has taken aim at the credit rating agencies. Questions were raised about internal controls, professional standards for analysts, failure to disclose how they arrive at ratings, “Chinese walls” that failed to hold. Yet, business seems to be back to usual. The issuer pays model is still in question.

Kroll made a name and a business for himself  in fraud solutions. Now he has started a new firm, pushing for greater accuracy of credit rating agencies over time. Look at your bylaws for investments. Does it say S&P, Moodys, & Fitch? Open up the competition. Use the power of your investments to see other work. There are other organizations that do good work. The public policy issue is accuracy over time.

CalPERS has 100 people internally doing this work, not wholly dependent on rating agencies. The work of the rating agencies has been scandalous. As recently as a few months ago, we heard the same chorus: we made a mistake, we’re changing our ratings. We were only expressing our opinion.  Little has changed even after a massive number of regulatory changes. In large part, we have created massive new barriers to entry. Kroll says he doesn’t need a change in regulations. Let the organizations choose. The problem is that funds are too passive. They are part of the problem. Everyone lights candles to the consensus. 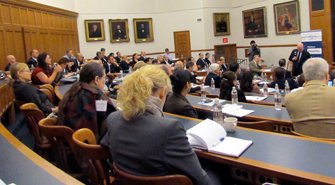 Kroll says he is introducing new technology — due diligence. Moody’s was the most profitable in the S&P 500 in 2006 with a 40% profit margin. They had stopped doing real due diligence (surveillance) for a couple of years. It is no wonder we had such a problem. The guards were taking a nap. (That’s me speaking but Kroll was just as blunt.) Kroll says his models are going to be open and he is introducing a model where they get paid during the process. They spent $17 million on their first rating of mortgage backed securities.  They will continue to surveil over the life of the bond.

Millstein and Stout on sceen

There’s only been a couple of mortgage backed securities in the last few years. The NRSROs have 97-98% of market share.  It is hard to move from issuer pays to investor pays when someone thinks they are getting it for free. People think they’re getting it for free but the issuer passes along costs. Not only are the buyers paying but so is the economy.

It appears there is a direct correlation between profit made by mortgage brokers and the fraud they committed. The more profitable the firm, the greater the pervasiveness of fraud within the firm. Here’s hoping mortgage brokers have low profit margins in the future.