This was the third session of the Yale Governance Forum 2011, one that I’ve already noted was the best yet of the several I’ve attended. Like the first session, the third was held under Chatham House Rule. There’s no secret as to who the panelists were, but under the rule those reporting must not attribute what was said to specific individuals on the panel or in the audience.

With this group, I found that difficult, since discussions of specific countries are readily (if sometimes mistakenly) attributable to panelists from that country. The panel was moderated by Jim Shinn and included Mahmood Ahmad, Mike Lubrano, Peter Dehnen and Eliane Aleixo Lustosa. Even through a substantial portion of their discussion revolved around common knowledge, such as the Novo Mercado in Brazil and co-determination in Germany, it is difficult to dissect without identifying the source of comments. Therefore, I’ll give you just a few brief points that I got out of the total discussion and you’ll have one more reason for attending the Forum yourself in 2012.

Families constitute majority of the market cap in the markets where most of the panelists come from. Therefore, we can expect them, as large block-holders to be the principle drivers of corporate governance reform.

In several of the countries discussed, but not all, companies wanted to raise capital outside their normal block-holders. Patient capital started to work with new shareowners who wanted some rights. Markets started to understand the importance of granting voice to minority shareowners and passive board members began to realize they had fiduciary duty to vote. Some of those who granted significant voice were among those that attracted the most foreign investment.

Some board members in various countries didn’t seem to know their responsibilities and some still don’t.  Many do not get paid for their service. State owned companies present another set of problems when they have minority shareowners. Sometimes they interfered or had huge related-party transactions. It is also confusing with regard to who government officials on the board represent when the speak… are they speaking in their government role or in their role as a board member? 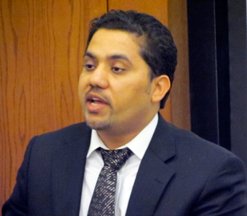 Many of the laws around the world are so complex it is hard not to make a mistake. Directors can be held personally liable; they may even go to jail. One rule of thumb they need to apply is, don’t vote for something you don’t understand. Registered companies represent only own small portion of most economies. Common sense rules can be more strict than the than those specifically designed for the tradable market. Sometimes breaking the norms can mean loosing an important spot in the local restaurant and being shunned by your social circle. Losing face can mean losing just about everything.

Where the motivation is to attract additional foreign investment, private ordering may be necessary. However, it should be noted that about five years ago I reviewed a brilliant book co-authored by Shinn that found widespread equity ownership by citizens of a country generally has a much stronger influence on corporate governance reforms than demands by foreign investors. 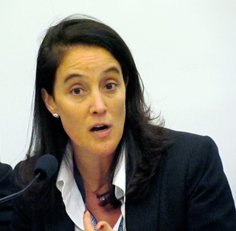 Brazil generally takes a more voluntary approach than Chile, which is more rules based. The principle players in Chile are pension funds…. so there is more pressure for public ordering from inside the country. In markets that have lagged, stock exchanges and governments are pushing to increase standards in order to to attract foreign capital. The Philippine’s, for example, tried to copy Brazil’s New Market (see Regulatory Dualism as a Market Strategy, Stanford Law Review, March 2011).  In some markets many companies arose at the same time, so are at approximately the some stage of growth. Drivers can be that companies are so large, so complex, the family can no longer handle them. Another driver is the stage of the family itself. Many elements are pushing for capital markets to adopt higher governance standards.

The UAE is pushing to establish itself as the hub of financial markets in the Middle East. 22 years ago, family blocks in Japan peaked.

The evidence is that Dodd-Frank did not over-regulate companies, since they didn’t move to Hong Kong or Singapore. That interpretation of the data was strongly countered by a member of the audience who said the number of public companies in the US has been cut in half.

The World Bank’s Global Governance Forum has training materials. Others said it is hard to convince board members to sit for training.

Realistic scope for shareowner activism? Korea has a head buster fund started by a former student at Yale. Name, shame, and sue. Similar funds starting in Brazil and elsewhere. In Germany, off the record consultations are more popular, whereas in the UAE the government is active and is looked to for supporting the rights of minority investors.

In Brazil there is increasing diversity on boards. They are well educated with a code of best practices. In Germany language is a problem in attracting cross-border directors. The Netherlands is essentially setting up pick your corporate governance options.

Most agreed that with intercultural exchanges, boards start functionally differently… for the good.  Directors need time to properly serve, they need to be motivated, understand financials, and have the courage to stand for own beliefs.