The fourth session of the Yale Governance Forum 2011 was was a breakout. All four sessions looked great. I choose the one on social networking held under Chatham House Rule. Under the rule those reporting must not attribute what was said to specific individuals on the panel or in the audience. This discussion was especially interactive, with a great deal of participation from the small audience, as well as the panel. And, just to mix it up, I also added my own thoughts and commentary to these notes.

The panel, moderated by Fay Feeney, started with a YouTube video from Socialnomics on the Social Media Revolution. The message was clear. Social media represents a fundamental shift in how we communicate. They will find you. Will you shape your own message or will someone else? Other panelists included Doug Chia, Richard Ferlauto, Eric Jackson, Lucy P. Marcus and Dina Mayzlin.

Companies are using social media. Retail is leading the way, primarily targeting customers. They are getting the word out on products, getting instantaneous feedback, using it as a recruiting tool and (new to me) using it internally as a mentoring tool. Investor relations departments are also using social media to monitor shareowner concerns, supplement information dissemination, such as promoting proxy votes in favor of endorsed candidates, and for announcing annual meeting results.

Shareowners have been using the Internet for years to challenge management. For examples, see this filing to the SEC by the The Committee of Concerned Luby’s Shareholders in the year 2000, How One Investor Used Social Media to Shake Up Yahoo about Eric Jackson’s campaign, and this April 2011 Forbes article, The Floodgates Are Open: Shareholder Activists Intensify Social Media Utilization. 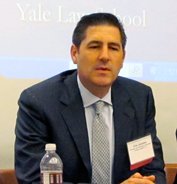 The SEC is just beginning to wake up to reality with a new site, Investor.gov, aimed at educating shareowners, as well as though the use of Twitter @SEC_Investor_Ed. Will they move from simply posting to something like live video feeds and crowed sourcing to create education?  The SEC Internet platform was built in 1990 and it looks like it.  Their educational division’s site is more up-to-date, drawing from learning management systems mostly developed by universities.

Shareowner forums were a dream of former Secretary Cox. There have been many attempts, including the effort by Broadridge’s Investor Network. However, I’d say there is still some distance to go. See Dominic Jones’ With Investor Network failing, Broadridge lobbies SEC for mandatory forums, 12/2/2010.

I would love to see the SEC’s Investor.gov site promoting or at least listing sites for those concerned with how to exercise their rights as a shareowner — sites like Proxy Democracy, the Social Investment Forum, MoxyVote.com, VoterMedia.org, Shareowners.org, the US Proxy Exchange (USPX), and, of course, CorpGov.net. 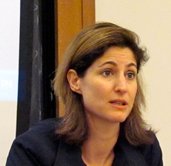 In comparing notes during the breakout session, most used Facebook to reconnect with friends, Linked-In for possible job connections and for interest groups around various professionally-based subjects, and Twitter as an early warning system for news and to get the word out quickly.

Lucy Marcus discussed her article on Who is the most influential corporate governance tweeter in 2011?. (I was delighted to make the cut of top 25 but doubt if that will ever happen again, since my preferred tool is blogging. I find Twitter an important news source but also a potential time sponge, like e-mail. I don’t know how some of these folks find time enough in the day for 10 or 15 posts. It is a rare day when I put up more than one or two.)

Advice was shared by many on getting outside legal issues by not concentrating efforts on the specific company or agency you work for. Posting to groups for advice, offering it to others, using Twitter is something I’ve found helpful but I’m probably not using it to its fullest potential. On the other hand, I may have too many Google alerts. When I started my site more than 15 years ago, I could do a quick search on Alta Vista (before google and before Alta Vista used Yahoo) and could catch up with everything posted each day or even each week. Today, such a search yields 29 million results on google… too many to even think about.

Since I’ve been tweeting everyone on the panel for some time, we had a real sense of community with them, even though I had never met most of them. Build your familiarity with social media and how it can be used so that you and your company or you and your group won’t be taken by surprise. Peer to peer relationships can help you to determine what works and what doesn’t.

Too many who are monitoring social media do so from fear-based issues, instead of thinking in terms of building from strength and empowerment. Social media can help us to meet and understand people where they are, not where we want them to be. We don’t need diversity around intelligent and dumb board members; we need diversity of knowledge and values. Social media can be a great tool for broadening our horizons. 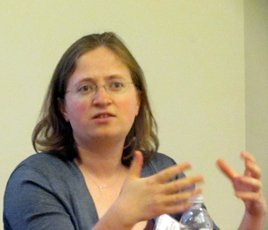 Fake reviews and negative reviews about competitors are important phenomenon to be aware of. To post a review, do you have to have stayed at the hotel? If not, how credible is the average review?

Listen, measure, influence. People in legal departments often want to close down, build a moat around the company. Those in the ad department see it as a new tool to cleverly target audiences. Others find uses in telling their story, resolving customer issues, controlling rumors. Nielson’s arm Buzzmetrics is building a business with sophisticated measures.

Further discussion revolved around issues like how to hold intermediaries accountable, the fact that Dodd-Frank will result in much more content getting pushed out, the application of fiduciary duty and social media, the timing form of disclosure and the fact that people like web-based layered disclosure so they can see from a high level but drill down at points of interest. There were plenty of issues. What will make your board, your customers, and your shareowners want to engage?

Be sure to check out Fay Feeney’s post inspired by the panel, Yale Governance Forum – Governance in the Cloud – Keeping Your Eyes Open to Opportunity! at Risk For Good. She is much more succinct in offering advice than I have been in my rambling here.

New Media Plus, a company that develops and maintains Internet presence for businesses recently published a case study on social media marketing titled “Social Media Opportunities for Public Companies.” See also, Top Five Questions Directors Need To Ask About Social And Digital Media by Richard S. Levick, Fast Company, 6/2/2011. Also check out #YaleGovForum on Twitter. I see tweets get removed in about 10 days, so you’re too late to see what was tweeted live at the Forum.

One issue that wasn’t discussed much head-on was the push and pull between oligarchy and democratic open source.  See Positive Disruption, NYTimes, 6/24/2011.

Tweeters at the Forum pose below. What a handsome and gorgeous and happy group. Social networking obviously must be good for you. 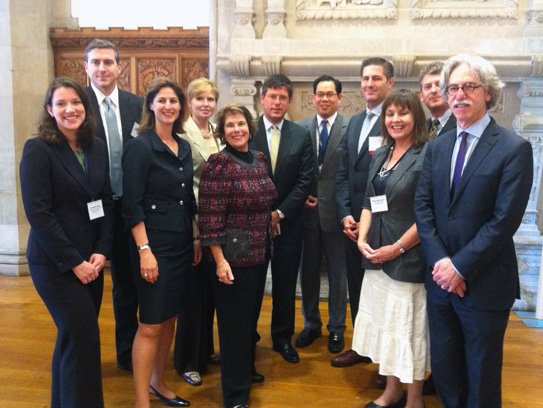