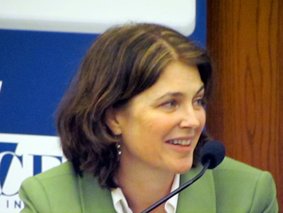 This session was the last for me at the fabulous Yale Governance Forum 2011. I had to leave this session early, missed the last one, missed the Rising Stars event and all those other sessions during the breakout.

The session was held under Chatham house rule, so no citing people or their organization when discussing what they said. Elise Walton moderated a panel that included Geoff Beattie, Thomas Glocer and Lynn Stout.

With two panelists from Thomson Reuters, that company was central to much of the discussion and I think that gives me a little more flexibility under the Chatham house rule, since readers can’t tell where comments came from if I don’t attribute them.

I was pleased to learn that with Thomson Reuters being a controlled company a great deal of thought appears to be placed into the idea of looking out for minority shareowners. In the past they operated with the flexibly of a private company and codified what it is to be a good owner. Many of those values continue. They supposedly operate under a simple set of rules and compensation for the CEO can be defined in one sentence. Being fair to shareholders and management is key. 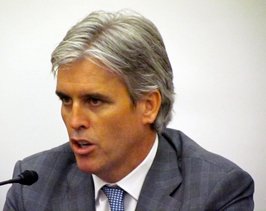 If you rely on your personal power, rather than on information, the organizational is endanger of collapsing. On the other hand, you don’t want your CEO to self-censor either. Build on trust and transparency. Being a public company means putting your company under the scrutiny of shareowers that bring different perspectives from which to learn. They seem to think that trade-off is worth it.

That’s the positive. Of course, sometimes it feels like the white light shinning on them. One of the big issues for any company is being smart on capital allocation. 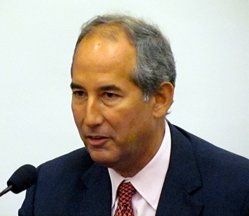 “Wealth creation is a build game, not a trade game.” That was a key statement that applied to the whole Forum. Flexible relationships with known and agreed upon focus is key.

Thomson Reuters is the story of a functional corporation over a long period of time, in part because of constructive peer relationships.

Even if Blackrock owns 5% of a company, it is the managers who run it. Mom and pop investors, retail shareowners, are long-term but too often act like short-term investors. They are practitioners of the Wall Street Walk, chasing companies and/or funds with the highest latest returns. 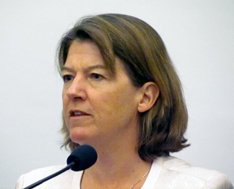 The value of shareowner democracy is questioned. There were 10,000 companies. Now, after more stringent regulations, there are only 5,000 that are willing to be pubic companies. Going public with dual class cap, so they have block shareowners, may be the wave of the future. That’s about all I got, since I had to grab a cab for the Hartford airport. Next time I hope to stay an extra night and not miss as much.

I haven’t read it yet but I’ll put in a plug here for Lynn Stout’s latest book, Cultivating Conscience

, since she was on this last panel and I had the pleasure of sitting with her during our diner with T. Boone Pickens.

Stout is one of my favorites. We disagree on plenty but she is always insightful, arguing with reason and passion, looking at the evidence, rather than writing from dogma. That is refreshing, especially on the topic which she has selected for her new book. From the publisher:

Contemporary law and public policy often treat human beings as selfish creatures who respond only to punishments and rewards. Yet every day we behave unselfishly… Rather than lean on the power of greed to shape laws and human behavior, Stout contends that we should rely on the force of conscience.

Stout makes the compelling case that conscience is neither a rare nor quirky phenomenon, but a vital force woven into our daily lives. Drawing from social psychology, behavioral economics, and evolutionary biology, Stout demonstrates how social cues–instructions from authorities, ideas about others’ selfishness and unselfishness, and beliefs about benefits to others–have a powerful role in triggering unselfish behavior. Stout illustrates how our legal system can use these social cues to craft better laws that encourage more unselfish, ethical behavior in many realms, including politics and business. Stout also shows how our current emphasis on self-interest and incentives may have contributed to the catastrophic political missteps and financial scandals of recent memory by encouraging corrupt and selfish actions, and undermining society’s collective moral compass.

I’m just finishing up the Economics of Good and Evil by Thomas Sedlacek. That book explores the path dependency of modern economics through mythology, religion and fables. I’ll have more to say about the book soon, after I’ve let it ferment in my thoughts a bit more.

I started out in the field of economics but dropped out of university when I learned what “truths” I would have to accept to be successful in mainstream economics and econometrics… invisible hands, rational hedonism… only static, non-spontaneous predictable models of robotic behavior appeared acceptable in that field. When I later resumed my studies I focused on the sociology of knowledge, in part, to decipher how/why we could go so wrong in such an important field. Where were the moral/political arguments of Adam Smith, Thomas Malthus, Karl Marx, David Ricardo, J.S. Mill, Alfred Marshall and others? Why were many of the most important “findings” based on shaky assumptions dressed up with mathematical formulas?

As Sedlacek notes, “we are not the architects of the economy; we are only (more- or less-traveled) tourists who observe with great awe…” Of course, we aren’t just tourists. We do build on the framework of what has gone before, but like Sedlacek, most of those attending the Yale Governance Forum — certainly the organizers — certainly Lynn Stout, recognize that corporate governance is a cultural phenomenon. It isn’t something we sat down and intentionally produced. If we had, it would be much more elegant! (Hopefully.)

One of my most interesting professors in the sociology of knowledge was Peter Berger. While studying with him, I came to realize that one could acknowledge The Social Construction of Reality but could also be content not to fundamentally change it. Those at the Yale Governance Forum 2011, like Lynn Stout appear less content to accept where history has taken us.

The Forum was open to exploring the myths and unconscious compromises that led us down the path we are on. More than other forums, organizers and participants at Yale aren’t afraid to ask fundamental questions and to learn from history, taking into account normative issues and the real force of friendships, norms and conscience. Although there were no panels of poets and philosophers, there was a real search to push in the direction of corporate governance that is good for us and good for society. At least that was part of my take away understanding.

I’d love to hear from other readers who attended what they thought of this year’s Forum. Scouring the web, here a few posts (including my own starting with What is Short Term?):