Anonymous is “a decentralized network of individuals focused on promoting access to information, free speech, and transparency. The group has made international headlines by exposing The Church of Scientology, supporting anti-corruption movements in Zimbabwe and India, and providing secure platforms for Iranian citizens to criticize their government.”

Anonymous Analytics, a faction of Anonymous has moved the issue of transparency from the political level to the corporate level. To this end, we use our unique skill sets to expose companies that practice poor corporate governance and are involved in large-scale fraudulent activities. 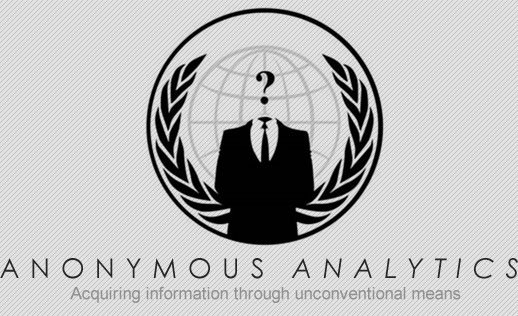 Anonymous researchers–who include unnamed and unnumbered “analysts, forensic accountants, statisticians, computer experts, and lawyers”–will base their investigative reports on information “acquired through legal channels, fact-checked, and vetted thoroughly before release.” Have something to report? Use their Drop Box.

Their first target is a produce firm listed on the Hong Kong stock exchange that is under investigation by the Hong Kong government. Anonymous Analytics released a 38-page report (PDF) this week accusing Chaoda Modern Agriculture of China of deceiving shareholders and investors, falsifying financial statements, using a shell company to siphon money out, and perpetrating “one of the Hong Kong Exchange’s largest, and longest running frauds.” The report predicts that the company will be eventually delisted. See Chaoda Modern Agriculture: 11 Years of Deceit and Corporate Fraud.

They have been active in the Occupy Wall Street protests. Anonymous supporters leaked personal information this week of a New York police officer who pepper sprayed a group of protesters in a holding area in what appears to be an unprovoked act, based on video footage. Hackers also released personal information for Goldman Sachs Chief Executive Officer Lloyd Blankfein.

Borrowing a page from the WikiLeaks whistleblower site, Anonymous launched LocalLeaks and HackerLeaks sites earlier this year for insiders and other hackers to leak sensitive information from governments and corporations.

Excellent coverage from Elinor Mills at Anonymous Starts Activism Via Corporate Securities Research, Cnet.com, 9/29/2011. I look forward to more from both Anonymous Analytics and Elinor Mills.