I stumbled upon an interesting article in the Vol. 52, No. S3, Supplement to the April 2011 edition of Current Anthropology, which gets to the heart of the schizophrenic way we have organized capitalism. While many of us work to make the world a better place, our investments externalize costs and jeopardize everything we hold dear. 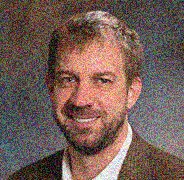 The authors step through how shareowners became alienated from the firms we invest in so that most see themselves more like owners of betting slips than of companies they could work to improve. Our sense of responsibility faded with general incorporation charters, one vote per share, limited liability and theories like market efficiency and agency theory.

I found interesting their discussion of the rise of what I see as an ideologically based “science” that sees managers as self-interested maximizers displacing an older stereotype of managers as loyal, conformists who subordinated their own interests to those of the firm, which was often based in anthropological and sociological research. While the shift may have had little basis in fact, agency theory has now achieved hegemonic status.

Also insightful was how SRI went mainstream by rebranding to responsible investment or environmental, social, and governance (ESG) analysis. Responsible investors invoke a multitude of possible perils and opportunities to try to shift toward a long-term focus where those who externalize costs are punished and doing the right thing is justified based on  becoming more rational with risks being reduced. Yet, the new paradigm does little to reduce the alienation of investors or guarantee that corporations continuing to externalize costs will be punished financially.

In his comments, Monks points out that 80% of shares are driven by index, computer-driven algorithms and other mechanistic formulas or brokers, incented by frequent trades. By his estimate, that leaves 20% held by “real proprietors or even potential activist investors” who might base their decision on fundamentals and real potential to create long-term value. The largest portion of this 20% is found among public pension funds. According to Monks, “with a lack of experience in management that makes them hardly credible proxies for the ownership class as a whole.” To get back to Welker and Wood, these funds have also fully embraced the ESG model that does little to reduce alienation.

CalPERS, for example, has never to my knowledge, surveyed its members or the public on SRI issues like positive or negative screens or the morality of shareowner proposals. Although that might help them integrate shareowner and social concerns, it is much safer to argue for ecoefficiency based on profit maximization than it is to try to argue as Kurucz, Colbert, and Wheeler have done that “false separation” between ethics and economics “is perpetuated when we attempt to justify positive social behaviour in economic terms, rather than as valuable in itself, and as integral to a healthy capitalist business system.”

As Thomas Sedlacek notes, the “science” of Cartesian dualism originated and finds its fundamental basis in a dream of faith by Descartes. The sooner we recognize the false myths upon which much of economics rests (see The Economics of Good and Evil: The Quest for Economic Meaning from Gilgamesh to Wall Street), the sooner we can get to real issues of ethics and values.