Lawrence A. Hamermesh, Widener University School of Law, Wilmington, Delaware gave the Keynote Speech to the Practical Law Institute’s Ninth Annual Directors’ Institute on Corporate Governance on September 7, 2011. In Too Busy to Think, Spread Too Thin to Matter: Making a Rational Stockholder Voting System an Agenda Item for Management/Investor Dialogue, he runs over some interesting territory and concludes we need to limit the number of shareowner meetings and votes to make them more meaningful. 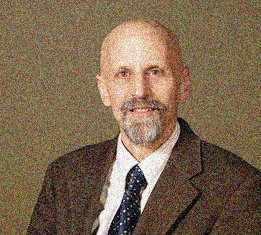 One option is to “require a stockholder vote on the election of directors once every three years, unless owners of more than, say, 3% of the voting power demand a meeting in the meantime.” Another would be to “dispense with annual meetings” but substitute “some enhanced stockholder right to ballot access and to convene stockholder meetings.”

I agree there are problems but these “solutions,” especially the first, could lead to even less accountability than we have now. Hamermesh reminds his audience of Chancellor William T. Allen’s 1988 opinion in Blasius Corp. v. Atlas Industries, Inc. and the importance of the shareowner franchise:

The shareholder franchise is the ideological underpinning upon which the legitimacy of directorial power rests. … [W]hether the vote is seen functionally as an unimportant formalism, or as an important tool of discipline, it is clear that it is critical to the theory that legitimates the exercise of power by some (directors and officers) over vast aggregations of property that they do not own.

Hamermesh goes on to opine that “the legitimacy of managerial power is in a sorry state if it depends on a meaningfully active stockholder franchise,” since shareowners are “rationally apathetic.”

How could the stockholder vote be an important tool of managerial discipline, when the costs of running a contest to elect new directors are enormous, and one side has access to the corporate treasury and the other does not?

He thinks institutional shareonwers have an undue burden voting on thousands of issues on thousands of proxies every year. How can they possible properly analyze them? His solution is to make all shareowner meetings “special.” Apparently, Chancellor William Chandler and now Chancellor Leo Strine examined the same issue eight years ago:

[O]ne can rightly ask why the current incumbent-biased corporate election process should be perpetuated. As of now, incumbent slates are able to spend their companies’ money in an almost unlimited way in order to get themselves re-elected. As a practical matter, this renders the corporate election process an irrelevancy, unless a takeover proposal is on the table and a bidder is willing to fund an insurgent slate. The aberrational cases in which shareholder activists have actually mounted proxy contests tend to prove the incumbent bias of the system, rather than cast doubt on it.

A balance of the efficient deployment of corporate resources (i.e., costs) against the utility of a genuinely open election process that generates increased accountability might be reflected in a biennial or triennial system of elections that require equal access to the proxy machinery between incumbents and insurgents with significant (e.g., five or ten percent) nominating support.

While Hamermesh hits on important issues, his solutions are off. Take the issue of voting thousands of shareowner proposals. This is a problem under the current system because each shareowner must do most of their own research or rely on ISS, Glass Lewis, Manifest or some other proxy advisory service. Unfortunately, as Hamermesh points out, the proxy advisory services “are hardly wildly profitable” presumably because the advise they offer isn’t highly valued.

That is because the model is subscription based where each proxy advisory is expected to research all issues. A better system would be one where each corporation pays a proxy advisory to conduct a much more thorough audit. Instead of each proxy advisor spending about $2,000 researching each company, they could spend $50,000 or more. The company being audited would pay for the service but advisors would be chosen by the shareowners to avoid capture. See Proxy Voting Brand Competition by Mark Latham.

Yes, annual meetings and votes are mostly meaningless, as Hamermesh observes. Why? Shareowners don’t have any real power over precatory issues on the ballot, since boards get the final say. Additionally, they don’t have any say over who is nominated (in the vast majority of cases). It is like voting in an old communist bloc country where only one party’s candidates appear on the ballot. The answer isn’t to hold elections every 3-5 years; the answer is to make elections actually mean something. Then, even retail shareowners would be much more likely to vote.

I’m still working a model proxy access proposal and my thinking has evolved, perhaps getting a little more realistic about what large institutional investors will accept. Key elements include low barriers to entry, equal disclosures and a shift away from slate voting:

Proxy statements are company documents, not management documents. As such, access should not be restricted to management candidates. We need to will increase the likelihood that no special interest, whether unions or entrenched managers, will “control” the board. If competitors are on the same proxy ballot, many shareowners will choose directors ala carte, rather than by slate.

Elections would certainly be more meaningful if every year shareowners would expect to see competing candidates, so we would likely see less voter apathy. In most cases, incumbents would be elected but there might easily be an injection of fresh ideas from challengers. However, if the situation were bad enough, shareowners might rally around enough challengers that we could see actual changes in control that are much less costly than today’s proxy solicitations.

In a more recent post titled Evidence Relating to the Effect of Prescribing Majority Voting in the Election of Directors as the Default Voting Standard, Profesor Hamermesh criticizes CII for asserting that companies incorporating in Delaware “adopt the plurality voting standard by default.” Hamermesh tests the statement by examining company bylaws. Since most company bylaws use a plurality standard, Hamermesh concludes:

Thus, in the large majority of Delaware companies, a change in the default rule governing the required vote to elect directors would have no formal effect at all.

While a clever defense of entrenched status quo thinking, I think it very likely that if Delaware moved to a majority vote standard, many companies would follow suit. That is, they would write majority voting standards into their bylaws, not today’s default of a plurality standard.

As CII concludes in their letter requesting the change:

Such an amendment would better reflect the fundamental right and desire of shareowners’ to have a meaningful voice in director elections and the growing trend among prominent, well-respected corporations to adopt this key corporate governance reform.

One of the main impediments to full adoption of this “best practice” is that sentiments currently appear split, with the default in Delaware remaining the plurality standard. If Delaware law shifts momentum accelerates. Boards at companies with plurality standards would be much more likely to shift to a majority vote standard, even without prompting by shareonwers.