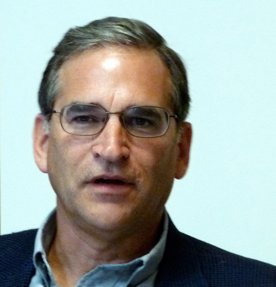 It is often said that “the most important function of a board is to hire and fire the CEO.” Yet the experience of many is that boards do a pretty good job on the hiring front and a not-so-good job on the “exit.” An exciting SVNACD session in Palo Alto focused on the pitfalls of CEO changes and how to avoid them. The panel couldn’t have been more timely. (Bartz fired at Yahoo…may have violated disparagement clause: Kathleen Peratis, Outten & Golden)

This program, like all SVNACD programs, was subject to the Chatham House Rule: “Participants are free to use the information received, but neither the identity nor the affiliation of the speaker(s), nor that of any other participant, may be revealed.” In this case, the panelists had already been identified publicly.

As with many SVNACD events, the audience was frequently as informative as panelists. My report will give you just a flavor of what went on. To get the whole meal, you’ll have to attend. This was the first of eight events planned for the season (before summer break next year), so you’ll have many more opportunities. Now the panelists:

Based in Wilson Sonsini Goodrich & Rosati‘s San Francisco office, Kristen Garcia Dumont has extensive experience successfully defending companies in a broad spectrum of employment disputes, including wrongful termination, breach of contract and employee mobility lawsuits. She has a robust counseling practice as well, working with clients on all facets of the employment relationship.

Charles Levine retired as president of Sprint PCS in 2002. Between 1997 and 2002, Sprint was the fastest-growing company in history, with revenues expanding from nothing to over $10 billion in 4½ years. Since retiring, Levine has served on both public and private boards. He is currently chairman of Sierra Wireless in Vancouver and Openwave in Redwood City.

The moderator, Richard Moran is the vice chair at Accretive Solutions and a partner at Irish Technology Capital. He has served on many boards including as chair of portal software. Previously he served as a partner at Venrock and as a partner at Accenture. He has written six books; the latest is Sins and CEOs.

Many boards don’t really have a succession plan; they have an accident plan. If the CEO gets hit by a bus, they know who will step in as interim CEO. But what if the board is driving the bus? I got the sense that even with good succession planning, the CEO is often reluctant to say the candidate being groomed is ready… can you blame them? Why let anyone know your replacement is ready?

Nothing beats being prepared. The common perception is that boards are good at hiring CEOs but bad at firing them. The humorous explanation is that boards contract out to a search firm for hiring but have to do the firing themselves. Of course, reality is more nuanced.  Boards actually make both decisions and they often hire a law firm when firing the CEO.

Carol Bartz was fired by phone at Yahoo. Another example that came up was a CEO “fired by limo driver.” The CEO was told to get on a plane and go to another town for an emergency meeting. After arriving in town, the CEO wanted to drop off their luggage but was told by limo driver to keep the luggage in the car for the return trip to the airport. Oops. 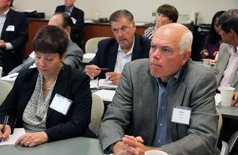 CEOs are rarely fired “for cause.” That would reduce their severance but could also drag parties through mutual mud slinging that might accompany a lawsuit. Reputations could be damaged.

Speaking of lawsuits, there were lots of warnings from several parties about sending e-mail back and forth critical of  the CEO. “E” stands for evidence… and e-mail.  Be careful; don’t be definitive. Don’t create a discoverable record you wouldn’t want the world to see. Have those discussions but make them privileged conversations with counsel.

There were also discussions around what to tell the public. Is it better to be straight — something like irreconcilable differences, or to say the CEO is leaving “for personal” reasons? If nobody believes the press release it could tarnish the company further. Perhaps the new norm will simply be the CEO has left the company… but does that really give a different impression than “for personal” reasons? A lot of word smithing and checking with counsel is likely to be needed in most cases no matter what reason is given.

It is so much easier when there is fraud, “anatomical intervention” (think Mark Hurd), fiduciary breach, or the like. Then the decision is easy. Of course, there you run the risk of third party claims to investigate and here we heard some interesting stories I won’t repeat. 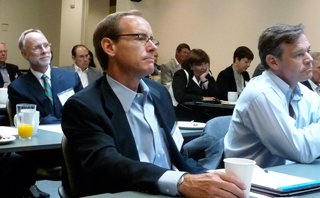 It is hard to prepare company employees in advance, since you’ll only have a few days to file the 8-K. However, in most cases, they will already have a sense of what is going on. You may need to incentivize key employes to stay, especially given thatoften when you file, you don’t have long-term CEO in place.

A chair in a much better position to fire the CEO than a lead director. Whatever you do, don’t send someone to fire the CEO who is likely to be “talked out of it.” Awkward, awkward. Saying “the board has lost confidence” should be a sign that it is time to go, but unbelievably a few boards have been known to keep CEOs on after even after firing, thinking that if they have to give the CEO a year’s severance, they should get another year’s worth of work out of them. Hopefully, if you’ve decided to fire your CEO, the more you really want is less.

There is never a “good time” to act, so do it when you make the decision. Most CEO that are under-performing thinks they are doning a good job. Three things that can make a difference

Someone needs to be having that discussion with the CEO. Don’t usually do that in a board meeting. Yes, discuss specific results there but not the underlying personal issues. The chair should talk to the CEO after every meeting, probably more frequently. An interesting term came up, the “board whisperer,” the one who tells the CEO “you’re in deep… and we need to talk about this.” Someone needs to take on the role of giving the CEO a fuller picture. I like it. I could see Ralph Ward writing a whole book with that title… The Board Whisperer.

Of course, another advantage of early and frequent communication is that it is a two way street. The board will learn much more about the CEO’s perspective and both parties will have an opportunity to correct course.

What about the wounded rogue elephant, the fired CEO who is also on the board? They need to be forced off. Cover it up front in the contract or corporate documents tying a board slot to being CEO. If it isn’t covered, it is just another bargaining chip for the CEO to leverage a bigger settlement. 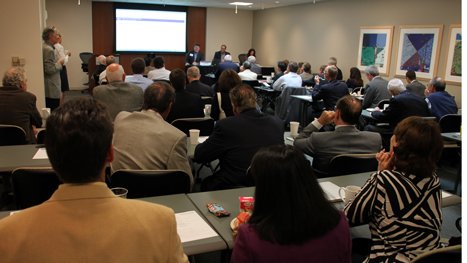 More discussion around founders, families and other problematic situations. Are boards any worse at firing CEOs today? Probably not but when they do it badly it is heard around the world on Twitter, so be disciplined, check the boxes in advance and get it right.

We could have gone for hours but didn’t. It wasn’t an all you can eat buffet, more like fine food… delicious, informative but left you wanting even more.  See a video clip wrap-up.

(Thanks to Thomas Wohlmut of WMS Media for photos. The headshots of panelists and the one group shot where white shirts came out blue were mine. The quality shots were from the photo professional.)