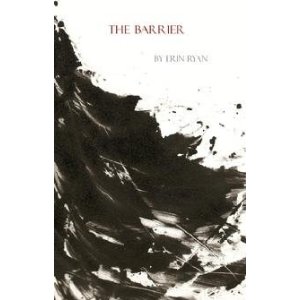 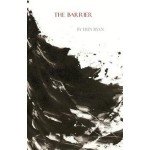 The Barrier is only 57 pages long and the pages are small but the thoughts are large. As I view all the problems of the world I get a little nervous. How much control can I have over issues such as global climate change?

I try to keep my wits about me, looking for and working towards solutions. Corporate governance is the right field for me because it seems to tackle not the symptoms, where most are focused, but the core issues that create many of the problems of externalized cost and socially constructed systems that have become reified into zombie-like institutions.

In contrast, Erin Ryan plunges forward into nightmares that most of us would rather not enter. I hope she has taken up qigong or some other systematic exercises to fortify the body as she explores the torments that surround. Her three brief tales have something of myth and fairy tale about them. My favorite, The Fulfillment, even involves the “Society for the Preservation of Mythology.”

The Barrier reminds me of Marianne’s Hirsch’s The Generation of Postmemory.  Hirsch is concerned with the trans-generational transmission of traumatic knowledge of the Holocaust, so that hinge generations feel the events of their parents and grandparents as their own. Ryan’s stories are more about one generation passing on to the next their fear of a future apocalypse.

The Barrier also reminds me a little of Emily Dickinson’s The Inner World, which could be interpreted as being overwhelmed by the irrationality of the unconscious or more simply as being buried alive. Like the unfinished ending of Dickinson’s poem, Ryan’s short stories also leave us wondering and perhaps gasping for air.