Both are intended to facilitate the ability of entrepreneurs and investors to organize companies that can pursue both economic and social objectives. The laws took effect on January 1, 2012.

I attended a meeting of the Northern California Chapter of the National Association of Corporate Directors (NACD) at the offices of Downey Brand on February 16, 2012. Chatham House Rule prevailed, so little there are no direct quotes below but you should get some sense of the discussion. 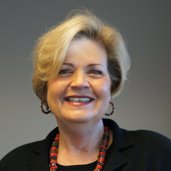 Craig Stone, Senior Project Manager of Delegata Corporation, moderated the event. Jan Owen, Commissioner at the Department of Corporations, was the principle speaker.

By way of background, under existing law in California for-profit corporations place the return to shareowners, as the primary, if not the sole objective, of the corporation. Corporations can engage in philanthropy and other socially responsible acts but such acts are generally driven or justified by their ability to promote long-term value growth. In contrast, non-profit corporations are mandated to serve public interests and are specifically prohibited from pursuing private gain.

A flexible purpose corporation’s board of directors is required to send an annual report to shareholders each year that includes a management discussion and analysis (MD&A) concerning the short-term and long-term objectives of the entity relating to its special purpose or purposes, the material actions taken during such year to achieve such objectives, the impact of such actions, and the causal relationships between the actions and outcomes, future material actions expected to be taken in the short-term and long-term to achieve the entity’s special purpose objectives, the measures used to evaluate the entity’s performance in achieving its special purpose objectives, and any expenditures incurred in achieving these objectives.

Benefit corporations must meet a “third-party standard,” with a long list of requirements. B Lab, the original proponent of AB 361, has developed such standards and offers its certification services at fees ranging up to $25,000 per year.

These requirements are explained in greater detail in a Gibson Dunn client letter of October 25, 2011. Commissioner Owen believed that only one company has filed as a flexible purpose company, while six had filed as benefit corporations, including Patagonia. None has filed to sell shares to the public.

Owen went into much greater detail and we had a lively discussion of need for and practicality of the new laws. Yes, they may provide some protections for directors but several attendees noted the business judgement rule has already demonstrated significant flexibility. Although I can see a need for something in between for-profit and nonprofit, it seems hard to justify the need for two types of such corporations. Although, the fact that B Lab pushed one bill and Gibson Dunn the other may explain much.

The bill creating benefit corporations, AB 361 (Huffman) was the product of a disreputable bit of legislative ledgerdemain known as the “spot bill”… Those considering creating or moving to benefit corporation status should understand that a key feature of AB 361 is the concept of a third party standard for defining, reporting, and assessing overall corporate social and environmental performance of the benefit corporation.  These fees can be as much as $25,000 annually!  Thus, it is no surprise that the source of the legislation was B Lab, an organization that provides certification services.

Fortunately, there is a much better alternative to the benefit corporation form – the flexible purpose corporation.  In marked contrast to AB 361, the proponents of this legislation were careful to solicit input and to expose their ideas to public comment.  SB 201 (DeSaulnier) was the handiwork of a working group of lawyers who worked for over a year to write a new division to the California Corporations Code.