M&A activity is on the rise, and recent decisions by the Delaware Chancery Court make the stakes for directors higher than ever. The businesspersons and lawyers on this panel offered plenty of insights about the life-cycle of a current M&A transaction from initial market check to consummation and then follow-up litigation, pointing out the all-too-frequent pitfalls for directors.

Randall J. Barron, partner at Robbins, Geller, Rudman & Dowd, specializes in securities litigation, corporate takeover litigation and breach of fiduciary duty actions. For more than a decade, Randall headed up a team of lawyers instrumental in shaping merger and acquisition and breach of fiduciary duty litigation throughout the country. He has been responsible for obtaining hundreds of millions of dollars in additional consideration for shareholders.

Rex Sherry moderated and has been a technology investment banker for the past 25 years. He currently is a senior advisor with ATREG, an advisory firm specializing in the sale of manufacturing assets and related businesses for global semiconductor companies. Throughout his career, he has been involved in meeting the needs of large and small technology growth companies in the areas of private placements, initial public offerings, secondary public offerings, debt and mergers and acquisitions. Rex has worked on more than 75 IPOs and 200 follow-on financings and has completed over $50 billion of M&A.

Disclosure: This program, like all SVNACD programs, was subject to the Chatham House Rule. What follows below are a few notes I took during the event for my own future use and is not necessarily an accurate reflection of the expressions of participants.

Lon Allen, of SVNACD welcomed everyone to the new venue for this and future events at Stanford Law. Evan Epstein, Executive Director of the Rock Center on Corporate Governance welcomed the partnership and introduced the program.

M&A deals get sued 91% of the time; an average five times. Increasing cost. More than 80% are settled. Only about 5% produced more cash for shareholders. Front end cases are filed during the time between the announcement and distribution of the proxy to the seller’s shareholders. Are your disclosures sufficient so the seller’s shareholders can make an informed vote. Would medium and short-term return be higher than continuing in business? Lawsuits get consolidated. Front end suits revolve around disclosures, whereas back end suits revolve around the sufficiency of  evaluations.

Plaintiffs lawyers usually operate on a contingency basis. Three parties are involved: the target company, buyer, and the shareholders (who have an informational disadvantage). Fairness opinions embed more costs to transactions, but maybe less than the investment bankers. You have to understand the motivations for the sale. Investment bankers: their job is moving capital as much as possible. The more times capital moves, the more they get paid. Lawsuits usually brought right away. The venue is usually Delaware or the state where headquarters is based. Maybe both.. but suits are usually consolidated. Disclosure cases common… they get more disclosures.  Allegation didn’t shop it well or deal protection devices too onerous. Resolution: buyer ups the price. Higher bidder could come forward.

Hard to figure out future of the company. Market has priced it but has less information than management teams. Banking mechanisms (discounted cash flows). Board can make a judgement based on delta between stock price and full value of company. They are often making a bet the market doesn’t fully understand the company’s value that can be created and fully recognized down the road. The stock market is typically only looking at the company’s value about a quarter down the road.

The board has an obligation to maximize shareholder value… but the question is when. Now or in three years? What is the proper time horizon?Uncertainties. You can budget a certain amount for legal fees. Need an insurance policy and a tail policy. Does’t relieve you of coming to best price. When buying a nonprofit who has standing to sue? Panel hadn’t seen.

When should we have a special committee? When some board members or CEO have conflicts of interest. Need to get someone who is going to get the best price to act on behalf of the company. Committee has to exercise independence. Board has less information than management. Directors need to do real hard work. Learn everything you can. You have to be cynical. Just because you’re smart, doesn’t mean you have the right information. Talk to industry analysts, customers, management, etc.

Boards have to know their companies andthe competitive environment so that you can make a judgement that $30 offered today is better or worse than the $50 down the road. Disclosures in the proxy have evolved. Fifteen to twenty years ago they began including fairness opinions; now financial projections are routinely included in proxy.  Of course, companies get sued anyway. The plaintiff’s bar is entrepreneurial. Most boards are willing to take delay risk off the table even for a 1% chance of the meeting being enjoined. Settlements have to be approved by court and they weren’t paying attention. A cottage industry has built around it. 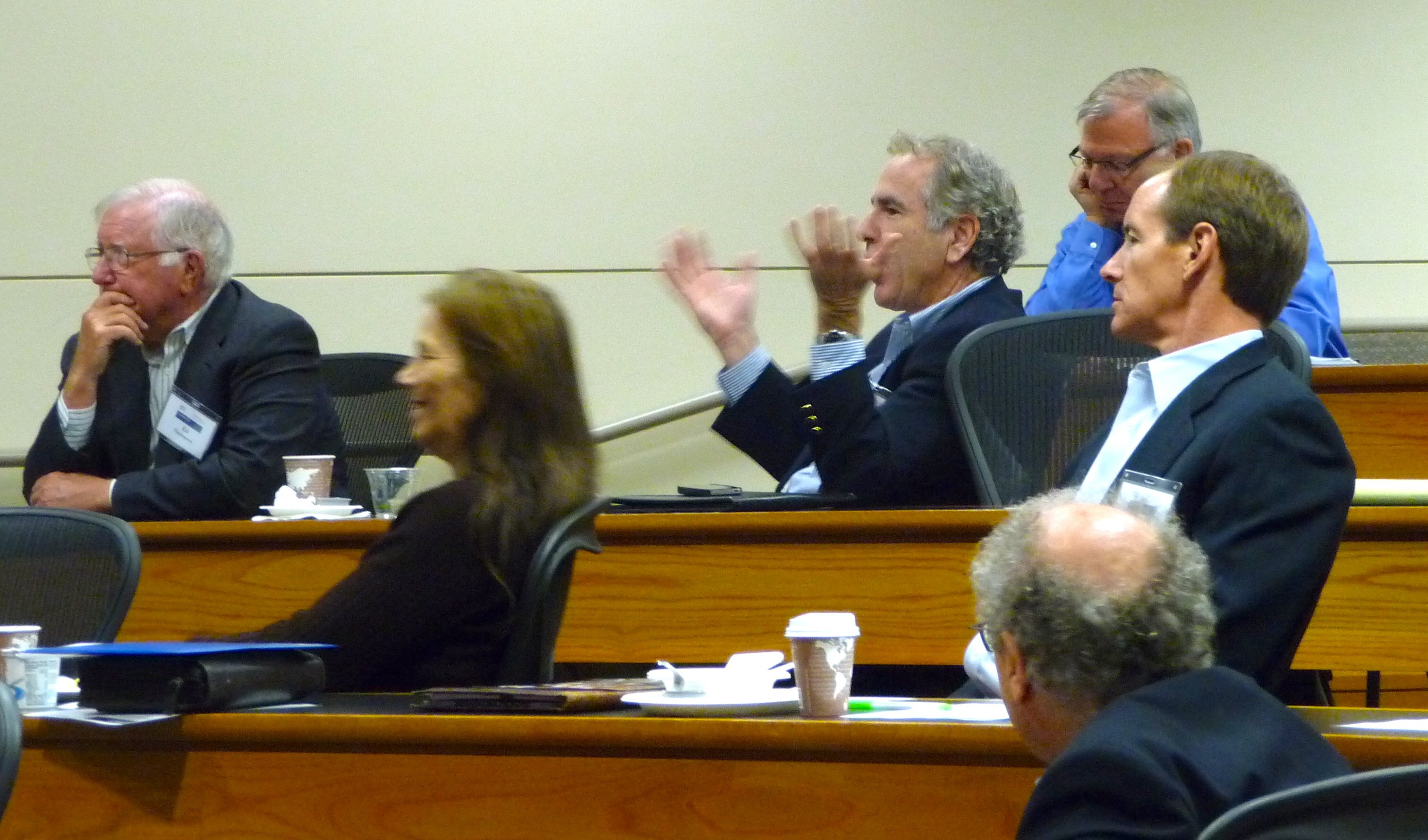 The urgency to file centers around getting control of the lawsuit. As proxies have gotten better, there are two sets. One is the holdup artists; the other is the real lawsuit. Only one case per jurisdiction. Settling in one jurisdiction will usually close out the other one.  You get a release from any claim that you breached your fiduciary duty.  Motivation to settle.

Biggest problem is with management buyout situations. In 87% of cases, plaintiffs lawyers are the only ones who get money.  Additional disclosures are of value to shareowners. However, courts are now questioning disclosure only settlements. Dial forward 10 years and the percentage being sued on will be lower. No, says another.  It isn’t a matter of how many case get filed but those cases that actually have an effect. Those who sue will always be going on the assumption there has not been full disclosure. However, after an opportunity to look, sometimes it is very clean and they’ll walk away.

If disclosures are good, fight them. Do you have the stomach for the fight?  Why fight if the cost is minimal? You need to weigh your company’s circumstances.