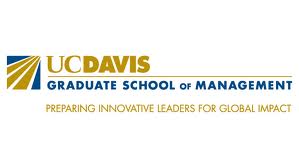 “Especially for smaller public companies, if the firm has been active in disclosing corporate social responsibility measures and if the individuals in the company are politically active, there’s a good
chance you will do better in the stock market if you invest in that company,” said Paul Griffin, a leading international authority in accounting and corporate disclosure and a professor at the UC Davis Graduate School of Management.

Griffin and co-author Yuan Sun, a doctoral candidate at the Haas School, UC Berkeley, analyzed extensive data on voluntary corporate social responsibility disclosures, campaign contributions and stock performance. The researchers also found that companies were more likely to make social responsibility disclosures if they were headquartered in a so-called “blue state,” or one that traditionally has voted Democratic in national elections.

“We hypothesized that if a state where a corporation is located is blue, on balance, the customers, the suppliers, and even the shareholders have that same tendency to be blue,” Griffin said.

Griffin and Sun determined that companies that issue more press releases on CSRwire, an online news service that publishes reports issued by member organizations on issues related to sustainability
and corporate social responsibility tend to have more management employees who contribute to political action committees. The correlation was strongest with individuals who donated to political
action committees affiliated with the Democratic Party.

“The effects on stock values of CSRwire releases are immediate and can continue for up to three months after the disclosure.” Griffin said.

To measure companies’ social responsibility, the researchers studied more than 14,500 news releases posted between 2000 and 2011 by CSRwire. Griffin and Sun identified 4,781 releases that were issued
by major, publicly traded U.S. companies.

The researchers also compiled Federal Election Commission data on individual contributions to political action committees for the same 11 years. The commission’s data lists the names, employers and job titles of individuals who donate to committees, as well as the political party affiliation of the committees.

Stock performance was measured by compiling stock movements of firms listed in a large database that includes stock prices of publicly traded firms.

A hedge portfolio strategy of investing based on company size, CSR disclosure intensity, and company individuals’ political contributions produced a significant positive mean excess stock return of 4.5 percent over three months following CSR disclosure. According to the authors, “these results challenge the widely-held belief that money does not seem to curry favor with politicians or regulators to improve the standing of shareholders.” Griffin cautioned that while the correlations are strong, researchers need to look more closely at the underlying pathways whereby CSR disclosure and political contributions combine to produce shareholder gains.

Maybe I live in a different world but in my world the widely-held belief is that money does curry favor with politicians and regulators and that if it didn’t improve share-value less money would flow. Personally, I don’t see the results of the study as either amazing or positive. Is that just me? What about a red-state study of companies that are openly against taking action to address global climate change and make contributions to Republican PACs? Would it be different? How much was it the disclosure of doing good and how much was it the political contributions.

Near the beginning of the last century, the President Theodore Roosevelt called for the disclosure of all political contributions and expenditures and a ban on corporate political contributions was enacted by Congress in the Tillman Act in 1907. In 1947, a Republican Congress responded to large Labor Union expenditures on behalf of Democrats, especially the re-elections of Franklin Roosevelt, by extending the ban on contributions from corporations to unions, and by prohibiting both from making independent political expenditures. For more, see Reflecting on 100 Years of Political Participation by Corporations, Governance Center Blog, 11/4/2012.

Call for Papers: Inside the Board Room
Netflix: A Candidate for Proxy Access