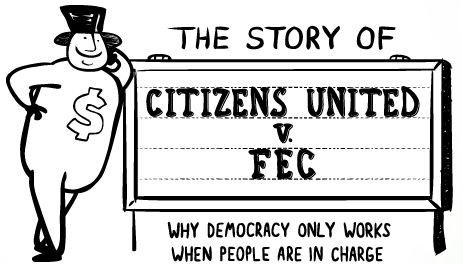 More than $6 billion was spent on this year’s presidential/congressional elections, too much of it by unknown sources. Are your companies opposing candidates you support or supporting those you oppose?  If so, do those contributions add to the value of your companies?  If they don’t disclose the expenditure, how would you ever know? Sick of that situation?  Want a change?

The WSJ reports that the SEC is actively considering an 8/3/2011 rulemaking petition submitted by a committee of ten law professors that urged the SEC to adopt rules that would require public companies to disclose information about their political spending. (SEC Staff Considers Proposal on Corporate Political Donations, Lucian Bebchuk and Robert J. Jackson, Jr., 11/8/2012)

So far the SEC has received more than 300,000 comments, with the overwhelming majority in support. In addition to the comments in the regulatory file, the petition has received support from a sitting Commissioner of the SEC, a substantial number of members of both the U.S. Senate and House of Representatives, and editorials in the New York Times and Bloomberg News.

According to the authors (The SEC is Now Actively Considering the Rulemaking Petition on Corporate Political Spending, HLS Forum on Corporate Governance, 11/9/2012):

Our study provides empirical evidence on the need for such rules, develops fully the arguments made in the rulemaking petition, and responds to the full range of objections that have been raised to disclosure rules in this area. We hope that the analysis in the petition and in our study will prove useful to the Division of Corporation Finance and the SEC in their examination of this issue. We also hope that the SEC’s consideration of our petition will lead to the adoption of new rules that would shine light on corporate spending on politics.

Not surprisingly, the petition also attracted opponents, including legal academics, members of Congress, and the Wall Street Journal’s editorial page. The authors of the petition recently issued a study, Shining Light on Corporate Political Spending, which puts forward a comprehensive, empirically-grounded case for SEC rules requiring public companies to disclose their political spending. The study, which is forthcoming in the Georgetown Law Journal, is available here. From the abstract:

This Article puts forward the case for SEC rules requiring public companies to disclose their political spending. We present empirical evidence indicating that a substantial amount of corporate spending on politics occurs under investors’ radar screens and that shareholders have significant interest in receiving information about such spending. We argue that disclosure of corporate political spending is necessary to ensure that such spending is consistent with shareholder interests. We discuss the emergence of voluntary disclosure practices in this area, and show why voluntary disclosure is not a substitute for SEC rules. We also provide a framework for the SEC’s design of these rules. Finally, we consider and respond to the wide range of objections that have been raised to disclosure rules of this kind. We conclude that the case for such rules is strong, and that the SEC should promptly develop disclosure rules in this area.

It isn’t too late to increase the number of comments in support of the proposal. If they got another 100,000 favorable comments, maybe that would push them over the top. I urge readers to e-mail supporting comments. Please send e-mails in support of the petition to rule-comments@sec.gov. The public is encouraged to submit comments on proposed rules. Here are your options.

All submissions should refer to File Number 4-637. This file number should be included on the subject line if e-mail is used and that is the method I recommend. To avoid duplication or work at the SEC, use only one method. The Commission will post all comments on petitions on the Commission’s Internet website. Comments are also available in the Commission’s Public Reference Room, 100 F Street, NE, Washington, DC, 20549, on official business days between the hours of 10:00 am and 3:00 pm.  See my comment letter here and a previous post on the petition here.

Watch The Story of Citizens United v. FEC.  Also, this post from yesterday in the NYTimes:

The most expensive presidential election in history may be over, and shareholders of public companies are still in the dark about whether and how their money was spent on politics. But the Securities and Exchange Commission is beginning a process that may bring this lack of transparency to an end.