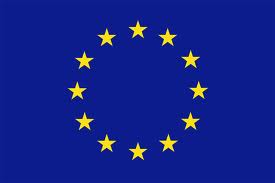 Despite an intense public debate and some voluntary initiatives at national and European level, the situation has not changed significantly in recent years: an incremental average increase of the number of women on boards of just 0.6 percentage points per year has been recorded since 2003.

The Commission responded to the calls from the European Parliament which, with an overwhelming majority, has repeatedly called for legislation on equality between women and men in business leadership, notably in its resolutions of 6 July 2011 and 13 March 2012.

The proposed Directive sets an objective of a 40% presence of the under-represented sex among non-executive directors of companies listed on stock exchanges. Companies which have a lower share (less than 40%) of the under-represented sex among the non-executive directors will be required to make appointments to those positions on the basis of a comparative analysis of the qualifications of each candidate, by applying clear, gender-neutral and unambiguous criteria. Given equal qualification, priority shall be given to the under-represented sex. The objective of attaining at least 40% membership of the under-represented sex for the non-executive positions should thus be met by 2020 while public undertakings – over which public authorities exercise a dominant influence – will have two years less, until 2018. The proposal is expected to apply to around 5 000 listed companies in the European Union. It does not apply to small and medium-sized enterprises (companies with less than 250 employees and an annual worldwide turnover not exceeding 50 million EUR) or non-listed companies.

Today, with this proposal, the European Commission is answering the strong call of the European Parliament for EU action to bring about gender equality in corporate boardrooms. Today, we are asking large listed companies across Europe to show that they are serious when it comes to gender equality in economic decision-making. At my initiative, the Commission has significantly strengthened the presence of female Commissioners among its members, with one third of Commissioners being women.

The European Union has been successfully promoting gender equality for over 50 years. However, there is one place where we have not seen any progress: company boardrooms. The example set by countries such as Belgium, France and Italy, who have recently adopted legislation and are starting to show progress, clearly demonstrates that time-limited regulatory intervention can make all the difference. The Commission’s proposal will make sure that in the selection procedure for non-executive board members priority is given to female candidates – provided they are under-represented and equally qualified as their male counterparts. I am indebted to the numerous members of the European Parliament who have fought tirelessly for this cause and who have been instrumental in helping me get this proposal on the table.

Slow progress has led to fragmented action in 11 Member States

Just 1 in 7 board members (13.7%) at Europe’s top companies is a woman. This is only a slight improvement from 11.8% in 2010. At this slow rate of progress it would still take around 40 years to even get close to gender balance in boardrooms (at least 40% of both sexes).

As a consequence, several EU Member States have started to introduce different types of laws for company boards. 11 Member States (Belgium, France, Italy, the Netherlands, Spain, Portugal, Denmark, Finland, Greece, Austria and Slovenia) have introduced legal instruments to promote gender quality on company boards. In eight of these countries, legislation covers public undertakings (see factsheet with country-specific overview). Meanwhile, a further 11 EU countries have neither self-regulation measures nor legislation in place. This legally fragmented approach risks hampering the functioning of Europe’s Single Market, as different company law rules and sanctions for not complying with gender balance laws can lead to complications for businesses and have a deterrent effect on companies’ cross-border investments. This is why today’s proposal seeks to create an EU-wide framework for such positive action rules.

Main elements of the proposal:

“This measure is there to swiftly bring about gender equality in Europe’s corporate boardrooms. It will no longer be needed once progress in this area has been achieved,” added Vice-President Viviane Reding.

). Council Recommendations on promoting the balanced participation of men and women in the decision-making process date back to 1984 and 1996. In addition, the European Parliament has called for legally binding quotas at EU level in several Resolutions.

), which was initiated by President José Manuel Barroso and Vice-President Viviane Reding in March 2010. The Commission followed through on these commitments by adopting a Strategy for Equality between Women and Men in September 2010 for the next five years (see IP/10/1149

A report by the Commission

in March 2012 showed that, across the EU, company boards are currently dominated by one gender. There are also big differences between countries, with women making up 27% of board members in the largest Finnish companies and 26% in Latvia, but only 3% in Malta and 4% in Cyprus.

Progress in improving the gender balance in Europe’s boardrooms over the past year has been the best it has been for a long time (a 1.9 percentage point increase from October 2010 to January 2012, compared to a long-term average rise over the last decade of 0.6 percentage points per year). This increase can be attributed to calls from the Commission and the European Parliament (MEMO/11/487

) and a number of national legislative initiatives in the Member States. But overall, change remains stubbornly slow. The number of women chairing major company boards has even declined, falling to 3.2% in January 2012 from 3.4% in 2010.

Tangible progress is the exception and not the rule. Progress is only visible in countries that have introduced legally binding laws for company boards. France, which introduced a legal quota in January 2011, accounts alone for more than 40% of the total EU-wide change recorded between October 2010 and January 2012.

In March 2011, EU Justice Commissioner Viviane Reding challenged publicly-listed companies in Europe to voluntarily increase the number of women in their boardrooms by signing the ‘Women on the Board Pledge for Europe’

). The pledge called on companies to commit to raising female representation on their boards to 30% by 2015 and 40% by 2020. However, after a year, only 24 companies across Europe had signed the Pledge.

To identify appropriate measures for addressing the persistent lack of gender diversity in boardrooms of listed companies in Europe, the Commission launched a public consultation

). Following a large number of responses, the Commission then assessed the different policy options for addressing the situation.

A growing number of studies suggest gender balanced boards have the potential to improve the financial performance of companies. Having more women in top jobs can contribute to a more productive and innovative working environment and improved company performance overall. This is mainly due to a more diverse and collective mind-set which incorporates a wider range of perspectives and therefore reaches more balanced decisions. In addition, women account for 60% of new university graduates but only few make it to the top of companies. Opening the door to senior positions will act as an incentive for women to enter and stay in the workforce, helping to raise female employment rates. Having more women in the workforce will help achieve the target set by the Europe 2020 Strategy