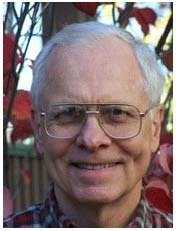 Friday’s are often a good time for reflection, with people thinking about their dreams and the weekend. Today, let’s think about the transformative power of directors. Before we get to Bartley J. Madden, consider Douglas Y. Park statement in Strategy and Compliance As Competing Imperatives For Corporate Boards:

As long as the business judgment rule gives directors an incentive to focus on compliance and risk oversight issues, that will be their priority.  Strategy, an area where directors can add value, will continue to take a back seat.

Of course good governance in practice requires attention to both compliance and strategy, something both Park and Madden well recognize.  Grab a cup of tea and turn off your cellphone. Since we don’t focus on strategy enough, let’s give strategic thinking its due. How can we begin to see the world differently, perhaps a little more creatively?

If you pay attention while reading Madden’s Management’s Worldview: Four Critical Points about Reality, Language, and Knowledge Building to Improve Organization Performance, it could easily be the best thing you’ve done to exercise your brain all week. Great insights, but the maddening thing about Madden is that he stirs thought. You could spend days reading this one short article, if you keep investigating what he notes by reference. I went beyond his references back to my study of the sociology of knowledge.

My tangent summarized: I got to reflecting on how I had sought out Peter Berger, even deciding to Boston College because I found his book, The Social Construction of Reality

, so liberating. Unfortunately, Berger turned out to be very unwilling to view social institutions critically. His discussion of families is key. When a family consists of only two members “objectivity remains tenuous, easily changeable, almost playful.” When children enter the picture social constructions harden’… a thing is what it is called, and it could not be called anything else.”

Socially constructed reality is enforced. Deviance “may be designated as moral depravity, mental disease or just plain ignorance.” “He who has the bigger stick has the better chance of imposing his definitions of reality.” In Berger’s world, coercion is unfortunate but inevitable. Socialization not only prepares the next generation for this reality, it provides a self-fulfiling prophecy for later life. Berger failed to consider families where the mood remains more playful, where language retains flexibility and where parents are manipulated and socialized by children, as well as the other way around. Madden sees the potential of consciously reshaping our institutions, specifically corporations.

Pay attention to Madden and he will help you see the world differently by opening your mind not only to new possibilities but also by providing the tools to sort out failed hypotheses.  The video presentation of his paper pasted below is introduced with the following note:

The main message is that our assumptions are often unconsciously accepted and wrapped in language that contributes to our belief that we perceive an objective reality quite independent of ourselves, and all this silently guides our decision making. A heightened awareness of the role of assumptions, applicable to science as well as business, can improve the process by which we build up our personal knowledge base. The general usefulness of these ideas is reflected in the examples presented which range from the hidden strategic assumption instrumental in Walmart’s conquest of Kmart all the way to the role of language in masking the true cause of the crash of Alaska Airlines Flight 261.

As you watch the video and read the paper, keep Madden’s four key points in mind.

Madden tells us how to get beyond dysfunctional world views through “constructive skepticism” directed at core assumptions that often determine the viability of a business.

Too heavy? Too much thinking for a Friday afternoon? “Don’t have a cow, man!”  Watch Mr. Burns of the Simpsons… better than most episodes of the Itchy and Scratchy Show.

Still reeling from the presidential election results, Mr. Burns explains the upcoming fiscal cliff in language suitable for viewers of the Fox Network.