Walgreens ($WAG) is one of the stocks in my portfolio. Their annual meeting is coming up on 1/9/2013. ProxyDemocracy.org had collected the votes of four funds when I voted on 1/1/2012.  I voted with management only 24% of the time.  View Proxy Statement. Warning: Be sure to vote each item on the proxy. Any items left blank will be voted in favor of management’s recommendations. (See Don’t Let Companies Change Shareholders’ Blank Votes)

I generally vote against pay packages where NEOs were paid above median in the previous year but make exceptions where something obviously warrants different treatment. According to Bebchuk, Lucian A. and Grinstein, Yaniv (The Growth of Executive Pay, Oxford Review of Economic Policy, Vol. 21, Issue 2, pp. 283-303, 2005), aggregate compensation by public companies to NEO increased from 5 percent in 1993-1995 to about 10 percent in 2001-2003.

Few firms want to admit to having average executives. They survey executive compensation at corporations and then set compensation packages that are above average for their “peer group,” which is often chosen aspirationally. While the “Lake Woebegone effect” may be nice in fictional towns, “where all the children are above average,” it doesn’t work well for society to have all CEOs considered above average, with their collective pay spiraling out of control. We need to slow the pace of money going to the 1% if our economy is not to become third-world.

WAG’s SummaryCompensation Table shows CEO Gregory D. Wasson, was the highest paid named executive officer (NEO) at about $12M in 2012. I’m using Yahoo! Finance to determine market cap and Wikipedia’s rule of thumb regarding classification. According to those sources, at about $34.81B WAG is large-cap company. According to the United States Proxy Exchange (USPX) guidelines (pages 9 & 10), using data from Equilar, the median CEO compensation at large-cap corporations was $10.8 million in 2010.

Allowing for inflation of 6.1%, that would bring adjusted median income up to almost $11.4M, so WAG’s pay is a little above that stabilized median.  Additionally, the company has agreed to what are essentially golden parachutes, which are addressed in the shareowner proposal, lacks performance targets for the CEO, allows CEO pay to be altered at the discretion of the compensation committee, pays the CEO a base salary over $1M and provides excessive perks. Therefore voted no on the say-on-pay proposal and, as is my habit, voted against the stock plan and all members of the compensation committee (William C. Foote, Chairman, Steven A. Davis, Ginger L. Graham, Nancy M. Schlichting). Additionally, I see the Board has taken no action to implement a policy of simple majority voting to change certain bylaws submitted by shareowner John Chevedden. 74% of shares were voted in favor of that proposal in 2010. How long to we have to wait?

I’m also not very happy about WAG having to pay $16.6 million to resolve a lawsuit brought by California cities alleging 600 stores unlawfully handled and disposed of hazardous materials over a six-year period. The company also unlawfully disposed of customer records containing confidential information. I understand the U.S. Drug Enforcement Administration is probing three Walgreen pharmacies in Florida in connection with a wide-ranging investigation of the diversion of prescription drugs for illicit use.

For these misdeeds and for their unresponsiveness to the will of shareowners, I voted against the entire board, except those joining after June 2012… I’ll give them a chance to get their feet wet and to start listening to shareowners.

Normally, I would vote in favor of the auditor but will respect the judgement of CBIS, AFSCME and CalSTRS and will vote against.

I like the shareowner proposal from Amalgamated Bank on pro-rata vesting of equity awards:

The shareholders ask the board of directors to adopt a policy that in the event of a change in control (as defined under any applicable employment agreement, equity incentive plan or other plan), there shall be no acceleration of vesting of any equity award granted to any senior executive, provided, however, that the board’s Compensation Committee may provide in an applicable grant or purchase agreement that any unvested award will vest on a partial, pro rata basis up to the time of the senior executive’s termination, with such qualifications for an award as the Committee may determine.

Here’s the deadline for any proposal that a stockholder wishes to be considered for inclusion in our proxy statement for the 2014: 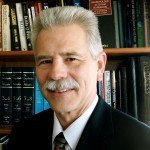 For proposals to be considered for inclusion in the Company’s proxy statement for its Annual Meeting to be held in January 2014, the proposals must be received by the Company no later than July 22, 2013 and be submitted in accordance with applicable SEC rules and regulations. Such proposals must be delivered to Walgreen Co., Attention: Corporate Secretary, 108 Wilmot Road, Deerfield, Illinois 60015.

Looking at SharkRepellent.net for possible areas of reform, I note the following: