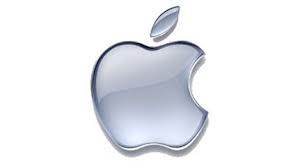 Apple ($AAPL) is one of the stocks in my portfolio. Their annual meeting is coming up on 2/27/2013. ProxyDemocracy.org had collected the votes of five funds when I checked on 2/19/2012.  They listed the votes of six funds voting as of yesterday. I voted with management 46% of the time.  View Proxy Statement. I voted, despite David Einhorn’s attempt to get an injunction to block the vote on “Proposal 2” in Apple’s proxy statement, which would abolish a system for issuing preferred stock at its discretion, facilitate majority voting in director elections and establish a par value for the company’s common stock.

U.S. District Judge Richard Sullivan said he would rule on the request before the meeting. The “focus is on irreparable harm.”  I don’t agree with Apple’s decision to bundle three items into one proposal. However, I expect the Judge to give the company considerable leeway and want to announce my vote on a timely basis. See Greenlight Capital, L.P. et al v. Apple, Inc. (1:13–cv–00900). If you attend the Apple meeting next week, stop by and say hi.

Warning: Be sure to vote each item on the proxy. Any items left blank will be voted in favor of management’s recommendations. (See Don’t Let Companies Change Shareholders’ Blank Votes)

I generally vote against pay packages where NEOs were paid above median in the previous year but make exceptions where something obviously warrants different treatment. According to Bebchuk, Lucian A. and Grinstein, Yaniv (The Growth of Executive Pay, Oxford Review of Economic Policy, Vol. 21, Issue 2, pp. 283-303, 2005), aggregate compensation by public companies to NEO increased from 5 percent in 1993-1995 to about 10 percent in 2001-2003.

Few firms want to admit to having average executives. They survey executive compensation at corporations and then set compensation packages that are above average for their “peer group,” which is often chosen aspirationally. While the “Lake Woebegone effect” may be nice in fictional towns, “where all the children are above average,” it doesn’t work well for society to have all CEOs considered above average, with their collective pay spiraling out of control. We need to slow the pace of money going to the 1% if our economy is not to become third-world.

Allowing for inflation of 6.1%, that would bring adjusted median income up to almost $11.4M, so Apple’s pay is substantially above that stabilized median. Given that Apple is a mega-cap, maybe $23M could be reasonable but $85.5M for the head of Technologies? Sorry, that just seems a little too highfor me, so I’m voting against the pay package and against the Compensation Committee members William Campbell (who was on the Committee most of 2012), Millard S. Drexler, Al Gore, Andrea Jung (Chair).

With respect to amending the articles of incorporation, the amendments would do the following:

The most important of these changes is that portion to facilitate majority voting for directors, as proposed by CalPERS in 2011 and 2012.  I’m not pleased with Apple’s bundling of these measures. However, given the importance of majority voting and that “blank check” preferred shares could be misused as a takeover defense, better to vote in favor.

Einhorn’s Greenlight Capital has been creative but I think Apple will be able to deploy their cash horde better than locking in a scheme by short-term speculators. Hopefully, all the discussion will lead them to at least get a better return. Both CalPERS and ISS support the measure.

Of course, I favor my own proposal (McRitchie) to requiring that senior executives retain a significant percentage of shares acquired through equity pay programs until reaching normal retirement age. I’m holding for the long-term and I want executives at Apple to be required to do the same with at least a good portion of the equity they earn.

I also favor John Harrington’s proposal to establish a separate Board Committee on Human Rights. In recent years the Company has become embroiled in several public controversies regarding the human rights implications of its products and supply chains. Apple has been responsive when pressured but a Committee would help them get ahead of the game.

Here’s how I (CorpGov) voted at Apple:

Looking at SharkRepellent.net and other sources, only one red flag stands out and it is that standard at most companies:

However, there are plenty of other issues. Mark your calendar: Requirements for Shareholder Proposals to Be Considered for Inclusion in the Company’s Proxy Materials.