Below are some relatively quick notes I took at the Corporate Directors Forum 2013, Bonus Session, held on the beautiful campus of the University of San Diego, January 27, 2013. For a list of conference materials, see the Forum’s official site. My site, Corporate Governance (CorpGov.net) is unaffiliated.

The program was subject to the Chatham House Rule, so there will be little in the way of attribution. Don’t expect complete sentences or thoughts either. The links are mine but don’t represent an endorsement by me. They just seemed relevant in a split second decision of how to add a little value to the conversation. Opinions will differ. I throw out lots of opinions. Some are those of panelists, some are mine, and some came from the audience.  I learned a few things, renewed acquaintances and made some new ones. I hope this provides readers with some sense of the discussion. That’s my main objective.

Of course, being a corporate governance nerd, I had a blast. On my scale of fun things to do, attending the Corporate Directors Forum ranks much higher for me than stock car racing or the Super Bowl. I understand, not everyone feels the same but if corporate governance is one of your things, I hope to see you there in 2014.

Regulatory and Legal Issues in the Year Ahead: What Directors, Shareowners, and Management Should Know

Presented By The University of San Diego School of Law’s Center for Corporate & Securities Law. 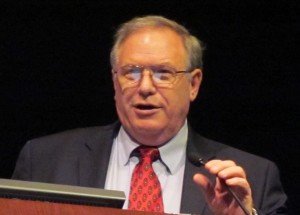 What to Expect in Regulation, introduced by Cynthia Richson, Co-Director, CCSL

Reviewed election. Dems upped count in Senate by 2.  House Reps lost 8 seats. Mary Jo White to join SEC  might get Elisse Walter’s term. Seems most likely.  Husband at NYC law firm. She will be conflicted out on a lot of issues. Can she change hats? Needs to replace CorpFin Director, Gen Counsel, Enforcement.  Dodd Frank and many issues on her plate.  GAO identified less than half of 236 provisions in place. SEC named as 4th worst mid-sized agency to work for in Federal gov.  SEC Got sued on conflict mineral rules. Cost benefit analysis still problematic.  Proxy access on back burner for at least 6 years.

Basel capital rules will be dragged out for up to 10 years.  Walter interviewing for Investor Advocate who reports to Congress each year.

JOBS Act SEC-IAC requested major changes to solicitation rules… even Grundfest voted in favor. Will be another fight.

S. 3468 would require all reg proposals to submit rules for approval to the Office of Information and Regulatory Affairs (OIRA) in the Office of management and Budget… adding criminal penalties for execs and BODs to win over some Democrats.

Statute of limitations has run (5 years) for many financial crisis cases.

Dealing with International Accounting Standards. International auditing problems. Do we delist Chinese companies and US companies with major portions of their work in China? They’ve been negotiating with China since 2007.

Paredes going back to Texas, maybe this summer?

What to Expect in Litigation

Credit crisis litigation has been minimal. Not a single case has reached a level of the top 10… maybe Bof A coming up will be among the largest. However, things have come alive on insider trading. 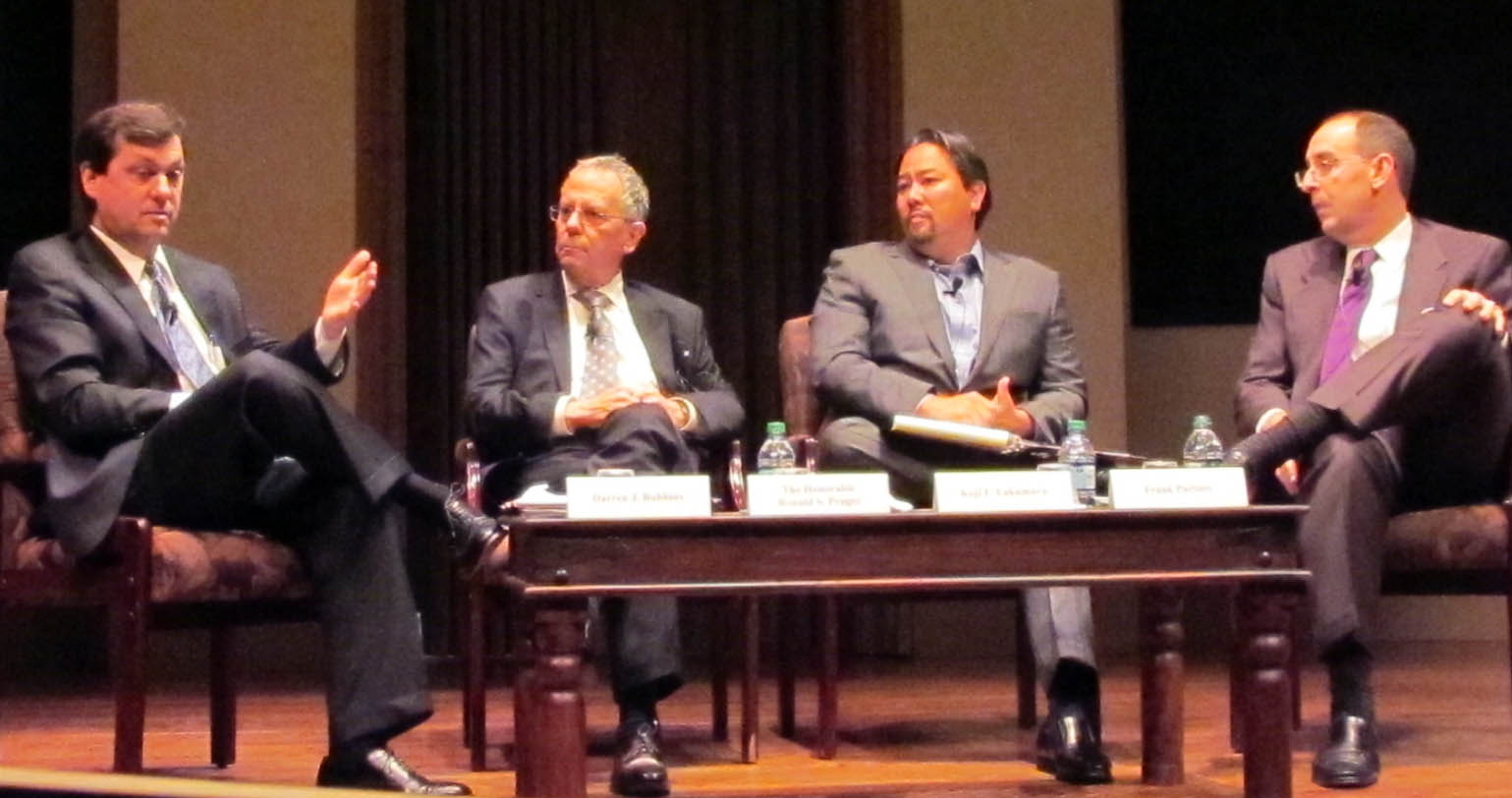 What to Expect in Litigation Panel

Countrywide settled for pennies on the dollar. Too little. How is that justified? Walmart’s internal investigation appears to have been feeble at best. Take a look at The Bribery Aisle: How Wal-Mart Got Its Way in Mexico, NYTimes, 12/17/2012 and 7 Stunning New Details About Walmart’s Mexican Bribery Scandal, BusinessInsider, 12/18/2012. Groupon, Facebook, etc. had nothing to do with the credit crisis. Securities law protections stop at border. 30 class actions had multiple opt-outs.  Pension funds driving opt-outs.

M&A deals – suits on 95% or so. Courts have begun to create a set of guidelines around disclosure issues. Many opt for multiple forums. They typically allege boards failed to get best price. Amended complaint will often take issue with all the disclosures. Chamber put out report in November — 67% settled very soon after filed. None had gone to trial. Companies have to be willing to fight, especially disclosure only cases. Average settlement for disclosure only cases $400,000 – $600,000. See suggested reading below.

Compensation cases. Say on Pay II. First batch when shareowners voted down and directors ignored. They got nowhere. Part II is to try to enjoin the shareowners meeting based on disclosures. Every case litigated, they have lost.  No reprable harm to enjoin a meeting. Plaintiffs can’t demonstrate irrepairable harm. Companies have to stop settling even if the average cost is around $125,000 per settlement. Others argue, if cost of litigation exceeds cost of settlement, it pays to settle. Most of Part II is from one guy, but he will soon to be joined by another. Expect them to be filing dozens.

Judges in California are hard pressed. Caseloads have moved up by 40%. Budget issues. Lots of delays. Even Couts of Appeal have been cut. The time for civil cases is going to drag out. Two systems of justice. More moving to arbitration. Who’s hearing what? Securities cases are mostly going to federal court. Wage and hour cases are very popular in California. Class action – lots of time in precertification stage. Lots of violations technical.. “made in USA,” collected too much data from credit cards (zip codes), etc.

LIBOR – challenge is estimating damages. Are cases viable? Prosecutors trying to decide if they will move forward.  Change the standard to “should have known” vs “did know” would really help but it won’t happen. Using wiretaps now for insider trading. 5-6 hedgefunds prosecuted. Those case are easier to win because there are thousands of hours of tapes. Enforcement is a priority for both the Commission and Justice.

Civil litigation. Most directors don’t stumble into trouble. In the beginning, issues are not usually black and white. These things don’t happen by mistake. Follow a moral compass and you’ll be fine. Hot issues – foreign corrupt payments (process on place), conflict of interest in M&A, insider trading. Selling 2 days before they announce. Whistle-blower regime… does it bypass senior managers and go directly to board and head of the audit committee?  Are you independent of the transaction? Not-conflicted? Duty of oversight. You’d have to really ignore red-flags to be charged. Lots of questions and discussion.