As the United States continues to rebuild its economy, the JOBS Act will impact businesses and financial markets. Legal practitioners, scholars, and students must be proficient in the legal and business aspects of the JOBS Act. This symposium will facilitate discussions of potent topics related to the future of securities transactions regulated under the JOBS Act and the impacts these transactions will have on the practice of law.

Three distinguished panels were convened on February 6, 2013 at the UCDavis School of Law’s Business Law Journal. What follows are a few photos and notes I took at the event. While I strive for accuracy, I don’t always achieve it, so there may be several errors but I hope I give you a rough idea of what was discussed. For specifics, I recommend you contact panelists directly through the links provided.

Panel 1: Crowdfunding and Other Exempt Offerings, Moderated by Thomas Joo

Reg D, Rule 506 – Bruce is not a fan. Protections went down. Not severely or profoundly but disclosure is weakened. Rule 506 most used for private placements. Scope of private placement is gigantic, almost equal to registered offerings. Generally no advertising. Restricted securities (six months until sale). Offerings subject to anti-fraud provisions. Accredited investors 506(c): must take reasonable steps to ensure only accredited investors buy in. Reasonable steps need to go beyond self-certification. For some issuers without contacts, advertising to find money may be helpful. Most people aren’t that disconnected. It also makes it easier for fraudsters using affinity groups.

Must use a registered broker or registered portals. Portals must take a number of actions to ensure investor review and understanding, reduce fraud, ensure compliance with investment limits, institute privacy protections. Can’t sell investor informations, prevent self-dealing, etc. Many open issues. Who is the principal? Who compensates the funding portal? Relationship of issuer and funding portal violations to a funding portal’s status? Can you delegate? Reputational intermediary. Fiduciary duty to investors? Can’t offer investment advice.

Andrew discussed rural crowd funding. 1/5 of population in rural America. More economic problems. Fewer than 10% in rural areas work in farming. Relative scarcity of financing for startups and small businesses. Since 1970s all net job creation has come from small businesses. Banks wary. Angel investors needed. Hubs, like Silicon Valley, are full of funding sources but it is hard to find financing in rural areas… you have to move. JOBS Act will allow people to raise a little from a lot of people. Can raise money from people who are not even millionaires. Some people don’t want to move. Thanks to crowd-funding act it is possible for rural entrepreneurs to get funding without moving.

Discussion: Right now you have to buy access to accredited investors. Maybe just a different kind of intermediary with efficiency gains. Risk-adjusted returns. Will they understand the risks? There a lot of unregulated finders out there right now. Because of transaction costs, people will move to the most unregulated paths of least resistance. Huge amount of intellectual infrastructure that needs to be built. Someone can develop the Amazon-like recommendations for possible funders… eBay star system for reputation of portal or promoters. Requires good internet access. Micro-financing/internet coding.  Will brokers have a different fiduciary duty than portals? It will be a pool for fraudulent events.

Background: According to the SEC, in 2012, more than 100 companies utilized the JOBS Act’s confidential filing process to “test the waters” for a possible IPO. More thaw than three-quarters (80%) of investment bankers indicate that lack of transparency has a negative impact on their ability to advise clients of their offerings due to a lack of information on potential competitors for investment dollars. Only 9% of bankers describe this difficult as “substantial.” Investor groups give this aspect mixed reviews, since many are reluctant to meet with emerging businesses until the company has made a public commitment to the offering. (2013 BDO IPO Outlook) 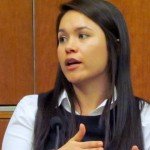 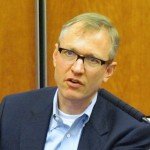 Emerging growth company. Under $1B revenues for IPO. Now when you file, it is public. Under JOBS Act initial can be confidential for 21 days prior to IPO roadshow. Risk factors section of the company must be lawyered up. Competitors use that against company during that 21 day period. The longer they stay on file when not confidential, the more they are damaged goods. Allowed to go talk to investors, not the same lookback on communications and disclosure.

Detailed descriptions of how execs are compensated and methodologies. Not required under JOBS Act. Reduced disclosure reduces costs and cycle time. Once filed with SEC it takes 28 days but they haven’t hired so at risk if SEC can’t turn around paperwork timely. 6 months from draft of S1 ready. If you don’t get out by 1st week of August, you’ll need to wait until September. One or two days slippage could be critical. Legal fees for IPO $1-2M. Accounting another $1M. Lots of fees and expenses. If confidential filing you don’t have to pay a fee.

First cycle now of proxy reporting. They have reduced disclosure requirements for 5 years but will most companies report anyway?  2 yrs rather than 3 of audits. Do they want to look different? No, they want to be compared apples to apples so will disclose even if they don’t have to… except for executive compensation. No vote on compensation.

Auditor certification. Internal control must be tested and audited. That can take a year. Accounting standards being phased-in for emerging growth companies. SEC doesn’t treat confidential filing any differently re time to review. SEC was already under a lot of pressure to not give as many comments.

People who buy IPOs aren’t the same who buy on open market. The IPO guys don’t care that much about pay and governance issues. Still have all the gun-jumping provisions but JOBS Act does create exceptions.

Guttentag. Access to capital was the issue JOBS Act was to address. Investor protection core idea. Interesting history. Protection of investors from what? Consequences, confusion. JOBS Act doesn’t protect. Louis Brandeis (What publicity Can Do), Huston Thompson 1923 article and wrote Dem platform that Roosevelt ran on. No protection from losses. 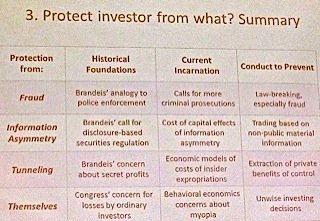 Hargadon says we’re missing a piece of conversation. He studies entrepreneurs. What protects them. Devil is in details which are yet to be determined. Remove rest 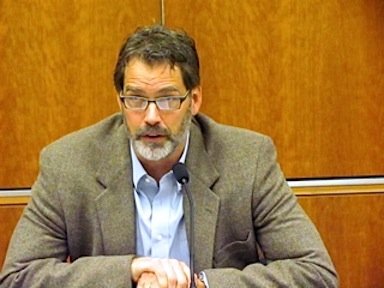 rictions that have gotten in the way. Burdens. If existing markets doesn’t work. It may not be bad to protcct investor (The market for Lemons, 1970). Asymmetry, so we need to look at long-term effect on market. Customers discount the price, so people stop selling good used cars and the market fills with lemons. Cost of dishonesty is the cost of driving good companies out of business. Bad money drives out good. Markets are not passive but require infrastructure to insure integrity of market. What happens when markets go untended?  Forms collapsed when investors found markets uncurated.

Bubbles – moments when assets trade in excess of their intrinsic value. Reward early investors. Incented to sell, even when they believe in long-term value. Undermine market confidence. Two key ingediants. new and uncertain asset classes (the very companies JOBS Act hopes to bring in). Novice and uninformed investors.  JOBS Act will bring many tiny bubbles (aplolgies to Lawrance Welk). In Silicon Valley 99% is getting early money out, rather than providing necessary capital for jobs to grow.  Create conditions for small businesses as speculative investments — casino. Law of unintended consequences.

Wisdom of Noah Soggy Sweat. I paraphrase it here, whereas Hargadon read it out. If you mean whiskey as the devils brew that creates misery. The evil drink. Hopelessness and despair. I am against it. However, if you mean the brew that brings laughter on lips, spring to an old gentlemen’s step. I’m for it. This is my stand and I will not retreat from it. The JOBS Act is similar. 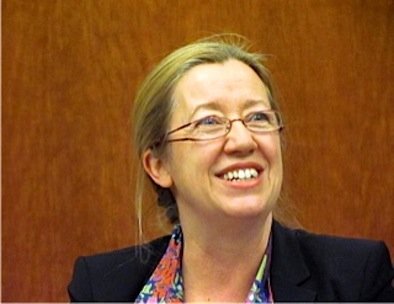 Anne Simpson asks, “Why bother protecting investors?”  Purpose of companies use to be to create a public good. Invented for a purpose. South Sea Bubble. Banned companies for a while. Joint stock company… notion of limited liability intended to appeal to investors. Other things like having a board with fiduciary duty. Ability to call a meeting, file resolutions, require audit of accounts. Investors were originally a self-help enterprise. Companies didn’t want to be governed federally. Chartered by states. Purpose of corporation. Accumulation of private capital, bearing and spreading of risks, living beyond founder. However, shareholders lack many fundamental rights, like the ability to hold board accountable. Most have no requirement to leave the board if they don’t win a majority of the vote.

Role of regulator. Investor protection, integrity of markets, facilitate capital formation (original purpose of the company). Emphasized rights and responsibilities.
For an update on what the JOBS Act has actually happened, read The JOBS Act: Lessons from the First Nine Months by David Goldschmidt. Thanks to Kristin E. Charbonnier, Editor-in-Chief of the UC Davis Business Law Journaland all who contributed to making this symposium such a success.