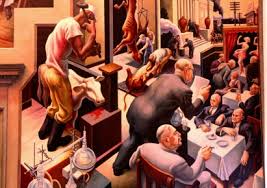 In their recent paper, The Agency Costs of Agency Capitalism: Activist Investors and the Revaluation of Governance Rights, Ronald J. Gilson and Jeffrey N. Gordon (January 1, 2013) argue that proposed reforms to accelerate disclosure of equity positions and prohibit certain derivatives would discourage the vital role of activist shareowners. Below, I argue in support of their position and for additional measures to counterbalance the central problem of devalued governance rights.

Gilson and Gordon point out that, compared to the days of Berle and Means, ownership has reconcentrated. Institutional investors owned over 70% of the outstanding stock of the largest 1000 US public companies, giving rise to what they term “agency capitalism.” The primary drivers of this change have been tax incentives for retirement plans, privatization of such plans, and capital market developments favoring diversified investment vehicles… especially indexed funds and their variants. Thank you John Bogle.

Large funds, such as Vanguard, Northern Trust, BlackRock and Fidelity (see AFL-CIO Key Votes Survey Results for 2012) have little incentive to monitor their portfolios and take an active role in challenging management and boards. Since they hold diverse portfolios, any benefit they could obtain through such actions would equally benefit competitors, while they would bear all the costs (free rider problem).

The role of active monitoring to take corrective action has been taken up by activist hedge funds, “who acquire a significant but non-controlling stake in a corporation and then try to alter the company’s business strategy initially through persuasion but sometimes through a follow-on proxy contest.”

These activists gain their power not because of their equity stakes, which are not controlling, but because of their capacity to present convincing plans to institutional shareholders who ultimately will decide whether the activists’ proposed plan should be followed… institutional shareholders are not ‘rationally apathetic’ as were the dispersed owners on whose behalf the institutions now hold shares, but instead are ‘rationally reticent…’

Large diversified funds, they argue, will respond to proposals but are unlikely to create them. Efforts are underway in the European Union, UK and Israel to charge institutional investors with monitoring responsibilities as proper ‘stewards.’ However, the structure of agency capitalism provides little incentive for them to play this role and most have acquired little, if any, competency to do so.

Essentially, capital markets have specialized. Mutual funds proposed only 4.5% of shareowner proposals during the 2007 to 2009 proxy seasons. Most of those concerned social and environmental issues by, what Gilson and Gordon term ‘so-called socially responsible funds,’ leaving only 0.9% addressing governance issues. I would bet that most of those were also proposed by SRI funds.

Gilson and Gordon go on to provide evidence that large mutual funds have grown increasingly willing to vote against board recommendations on such best practices issues as declassifying the board and requiring a vote on poison pills. Their central argument is the “costs of agency capitalism will result in the chronic undervaluation of governance rights.” Some of their evidence:

Generally, activist investors are successful only when they attract broad support from institutional investors who are capable of assessing alternative strategies presented to them. As discussed above, funds are financially incentivized to minimize the cost of their corporate governance analysis. We should look at activist investors as “governance entrepreneurs.”
This specialization between large diversified funds and more nimble activists who frame alternative strategies increases the value of governance rights to all institutional investors by giving funds choices. However, the basis of the partnership is costly and fragile with regards activists, since a campaign that ends in a proxy contest averages costs of about $11 million. The system depends on the ability of activists to secure a large enough equity stake (averaging 8%) before required disclosures that drive up the price of the target’s stock.
Gilson and Gordon end by essentially arguing against reducing thresholds that trigger disclosure, shortening the period for disclosure and limiting the use of equity derivatives (although they are willing to compromise with work arounds on the last issue). “Each of these elements will have the effect of reducing the returns to activist shareholders.” That, in turn, would lead to poorer governance.

In the end, we do best by allowing activist shareholders to bet their assets that they can persuade sophisticated institutional investors that they are right in their assessment of portfolio company strategy.

I agree. Of course, I don’t think all shareowner activists are angels focused on the long-term. See, for example, Ira M. Millstein’s Re-Examining Board Priorities in an Era of Activism, NYTimes, 3/8/2012:

Are short-term investors truly diverting long-term sustainable growth? Are all or many long-term shareholders apathetic, locked in or worse in not resisting? What constitutes incentives or disincentives for both types of investors?

Millstein promises to examine these issues, as well as proxy advisory firms and rating agencies. However, those focused on activists may be looking in the wrong direction. See Chuck Nathan’s Debunking Myths About Activist Investors, posted to the The Conference Board Governance Center Blog on 3/3/2012. Nathan tackles ten myths regarding activists and does a good job with each.

Current efforts, such a “stewardship” codes, are unlikely to lead to funds increasing the value they place on good corporate governance. A complementary set of specialists, activist hedge funds, are needed to help ensure progress. However, that still leaves us with a system where free-ridership and the stampede to diversity are problematic. Shareowner activists are doing the heavy lifting with 8% of the stakes but the other 92% earn the lion’s share of returns from their efforts. Indexed and algorithmic funds have some incentive to spend a little money to properly evaluate alternatives proposed by activists on governance when voting, but I’m not convinced that most do so in a “sophisticated” manner as Gilson and Gordon seem to believe.

At least part of the problem lies in the prudent man standard of care, which minimizes the need for due diligence. See especially the following subdivisions of 29 USC § 1104 – Fiduciary duties:

(B) with the care, skill, prudence, and diligence under the circumstances then prevailing that a prudent man acting in a like capacity and familiar with such matters would use in the conduct of an enterprise of a like character and with like aims;

(C) by diversifying the investments of the plan so as to minimize the risk of large losses, unless under the circumstances it is clearly prudent not to do so;

The easiest way to fulfill these duties is to index their portfolios and vote like lemmings.  Why should it be prudent for indexed investors to continue investments in a company quickly plunging toward bankruptcy?  Aside from encouraging activist investors by not making the legal changes Gilson and Gordon advise against, what other measures could be taken? I list a few in Part 2.

Reasonable Compensation: We Propose a Role for Investors in Taking on the Income Inequality Challenge
Agency Capitalism: Corrective Measures (Part 2)