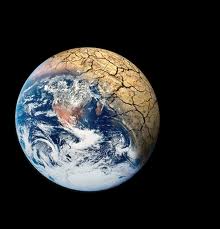 Boston Common Asset Management has a proposal that will appear on the proxy of PNC Financial Services ($PNC) requesting that it report to shareowners on the greenhouse gas emissions resulting from its lending portfolio and its exposure to climate change risk in its lending, investing, and financing activities. Watch for your proxy. The annual meeting will be held on April 23, 2012. According to the proposal,

Despite a policy not to extend credit to individual mountain top removal (MTR) mining projects or to a coal producer that receives a majority of its production from MTR mining, PNC continues to finance four of the top nine MTR coal mining companies. PNC has ignored investors’ requests to provide information detailing its MTR policy implementation or the lending impacts of this policy.

PNC requested a no-action letter from the SEC allowing it to omit the resolution from its proxy statement, arguing the proposal addressed “complex decisions that would not be appropriate for a shareholder vote” and denying any direct link with MTR.

During the last decade, the Commission allowed the exclusion of similar resolutions on the basis of ‘ordinary business;’ however, in 2010, it issued guidance on climate change reporting by corporations, ‘intended to remind companies of their obligations under existing federal securities laws and regulations to consider climate change and its consequences as they prepare disclosure documents to be filed with us and provided to investors.’

Given the climate crisis, we know that a business based on current emissions levels is unsustainable. As investors, we want to ensure that the PNC Board and top management understand climate change as an issue, and the implications it may have for their business.

Co-filers were Domini Social Investments, Friends Fiduciary Corporation, Mercy Investment Services and Walden Asset Management. Additional collaboration and technical expertise was provided by Carbon Tracker, Ceres, Rainforest Action Network, and Sanford Lewis, Attorney at Law. When you are tackling something this big, it helps to have a great attorney.

Sanford Lewis was also involved with the other interesting proposal to be denied a no-action letter, that being a proposal by John Harrington, of Harrington Investments, at Citigroup ($C) requesting the board to undertake a review and institute any appropriate policy changes to make it more practical to deny indemnification of directors. The resolved clause reads as follows:

Shareholders request that the Board of Directors undertake a review and institute any appropriate policy changes, such as amending the bylaws or other actions needed, to make it more practical to deny indemnification of directs when appropriate from the standpoint of the company and public policy. The review should take full account of the relationship between insurance coverage and indemnification, corporate litigation strategy, retaining appropriate board discretion and the ability of the company to attract new board members. Such policies and amendments should be made effective prospectively only, so that they apply to claims, actions, suits or proceedings for which the underlying activities occur and the claims are asserted subsequent to both the enactment of the policy changes and the renewal of a director’s board membership.

As Sanford Lewis explains in one of his rebuttals to Citigroup’s attorneys who actually had the temerity to assert there is “no widespread public debate regarding the indemnification of directors:

There have been many allegations of board corruption and misdealing in the media in the wake of the 2008 economic crash. The substance of these allegations is that members of the boards of major finance institutions such as Citigroup acted recklessly in the exercise of their fiduciary duties, and that these actions led to the economic collapse. The Proponent believes one element of  incentives for misbehavior is an excessive expectation of indemnification.

The letters submitted to the SEC in this case are well worth reading, both for the sheer audacity of Citigroup and the entertainment value of a shareowner speaking truth to power. For example,

The position of Citigroup is that its Board of Directors should be the sole arbiter of the policies governing its own indemnification — that the board should only be accountable to the board.

Quite to the contrary of the company’s assertions, it is of clear relevance and concern to shareholders, and indeed a core responsibility of shareholding institutions as fiduciaries, to be concerned about whether the board is vulnerable to, or even potentially engaging in, self-dealing, through the indemnification process.

See also “Indemnification of Directors and Officers: A Different Side to the Problem of Corporate Corruption.” The annual meeting will probably be in mid-April. I hold Citigroup in my portfolio and will definitely be voting in favor of this one.

The board of directors’ nomination process is currently self-perpetuating. As a result, directors have little accountability to shareholders, which may have some relationship to the fact that our bank has been subjected to extensive litigation and settled numerous multimillion dollar lawsuits with state and federal law enforcement and regulatory agencies.

Access to the company proxy has long been considered the most direct and cost effective method of allowing shareowners a meaningful role in the nomination process. Shareholders have argued for more than ten years that, “entrenched managers and directors will only improve corporate governance when they can be held accountable, e.g., voted out of office and replaced with directors chose by shareholders.”

That last quote is very similar to one Les Greenberg and I wrote in our August 1, 2002 petition to the SEC for proxy access.

Yes, BAC has accounting investigations, securities fraud issues, restatements and other high impact events, as well as several issues with directors. In recent years, the company has completed a controversial acquisitions, paid out billions in executive bonuses, accepted $35B in emergency funding from the U.S. government, and allowed its former CEO to walk away with $83M in severance pay. BAC has been accused of misleading investors and repeatedly ignored shareowner proposals requesting corporate governance improvements. Proxy access might give shareowners a fighting chance of turning their company around.