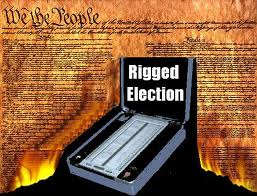 That was the blaring headline in Ross Kerber’s article for Reuters yesterday. Unfortunately, they didn’t dump one-click voting; they renamed it.

The real change was almost entirely for appearances. We no longer have a “Vote with the Board’s Recommendations” button. Instead, we have a “Submit” button. What happens when you hit that button and don’t fill out anything else? All your votes go to the board recommended boxes. There is no change in what actually happens. If there are 20 items, it still takes one click to vote with the board, 21 to vote against the board.

The SEC failed to address the more important underlying question. Is a voter information form (VIF) a proxy? Broadridge contends it isn’t and, consequently they don’t have to follow the laws governing proxies. Retail shareowners vote on VIFs. Broadridge claims they don’t have to impartially describe proxy proposals in the few word headings on the VIF, because the VIF isn’t a proxy. Instead, they can bias the wording in favor of the board. I’ve never seen them bias it the other way, in favor of a shareowner proponent.

By that logic, retail shareholders aren’t really shareholders. All of our shares are actually held by the Depository Trust & Clearing Corporation (DTCC). We don’t hold shares, we hold derivative rights to shares. However, everyone, including the SEC, calls us shareowners. By the same token, everyone, including the SEC, calls VIFs proxies. VIFs should be treated as proxies and the board’s thumb should be taken off the scales.

We still have just about the same choice in board candidates as North Korea has in their civic elections. Vote for the board recommended candidate or vote for no one. No matter how you vote, the board recommended candidates will “win,” unless there is an expensive proxy solicitation. In the past three years, about 200 directors failed to receive even majority votes. Almost all of them continued as directors. Why do we continue to call them “elections”?

The proxy is a company proxy; not a management proxy. Elections aren’t fair to begin with but one click vs 21, biased descriptions for shareowner proxy proposals, failing to properly warn shareowners that blanks go to the board…. the system is broken.

They didn’t dump the one-click button; they renamed it to “Submit.” Shameful! I, for one, am not ready to submit to phony elections disguised as fair.  Charles Elson, who directs a corporate governance center at the University of Delaware was quoted in Kerber’s article saying the following:

You have to give people a real choice. When it comes to online ballots, if you design it in a way that encourages people to vote with management, that’s not real choice.

Take Action: The SEC should require VIFs to be treated the same as proxies. Additionally, a ballot item that isn’t marked should be treated as an abstention, not a vote for management.  Let’s put an end to what essentially amounts to rigged voting in corporate elections. If you agree, please fill out the SEC’s Investor Advisory Committee form with something like the following:

The IAC should try to level the playing field by recommending the Commission take action on the rulemaking petition to eliminate blank votes from automatically going to management submitted by James McRitchie and others at http://www.sec.gov/rules/petitions/2009/petn4-583.pdf.

The IAC should recommend the Commission amend Rule 14a-4 to remove the provision that confers discretionary authority on matters where choice has not been specified by the security holder or beneficial owner, should explicitly extend such prohibition of discretionary authority to companies where beneficial owners fail to provide instructions, and should make similar amendments to other rules that may provide such authority.

Op-Ed: Citizens United and the 2012 Election: Bad News and Good News
Video Friday: The Purpose of the Corporation