In light of the IPOs and subsequent performances of Facebook, Groupon, Zynga, etc., there has been renewed discussion in Silicon Valley. When two classes of common stock that place control of the board in the hands of the founders and not the investors, do investors benefit or does it just entrench management? One argument in favor of two classes of common stock is that it allows the founders to run the company without interference from activist shareholders who are “short-termers.” One argument against is that a founder who is a poor CEO cannot be removed by the board — and hiring and firing the CEO is the raison d’etre of a corporate board. SVDX‘s panel of seasoned experts hold divergent views on this topic. This program, like all SVDX programs, was subject to the Chatham House Rule. I’ve added a few links that might be helpful.

Janice Hester Amey is a portfolio manager at CalSTRS in its corporate governance group. Established more CalSTRS serves more than 800,000 members with assets in excess of $175 billion. Janice is responsible for development of policies relative to investment managers.

Katie Martin is a senior partner at Wilson Sonsini Goodrich & Rosati, specializing in corporate and securities law. Katie has represented numerous public companies in SEC compliance, corporate governance, ’33 and ’34 Act issues and mergers and acquisitions. She has also represented underwriters in both public offerings and private equity financings. 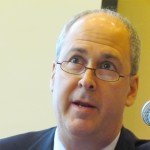 Andrew Shapiro is president and founder of Lawndale Capital Management, an investment advisor that manages small- and micro-cap activist hedge funds. In addition, Andrew has served as a director or observer on portfolio company boards and debt and equity bankruptcy committees. Business Week called Andrew “the Gary Cooper of Governance.”

Concerned about the number of public multi-class stock companies and the resulting potential for harm to shareowners, the Council of Institutional Investors urged the New York Stock Exchange and Nasdaq to make new companies that have two or more classes of common stock with unequal voting rights ineligible for listing. (10/2/2012 press release)

CalPERS is considering a policy of not investing in the initial public offerings (IPOs) of dual-class companies where shareowning is structured so that a minority will control the majority of the votes. From what I have seen, CalPERS has already opposed those that exist but this step would allow the retirement system to avoid purchasing shares in such companies as they enter the market, even though they may be included in various indexes included in the fund’s portfolio. (See CalPERS May Boycott Dual-Class IPOs)

There are 500 or so US companies with dual listed shares. 5-7% of total listed US firms. Ford, Berkshire Hathaway, Oppenheimer, NYTimes, Google, Facebook are high profile examples. Generally use by founders and families to ensure their continued control. Google A shares 10 votes; B 1. Owners don’t want to give up control. These overweighted stocks of founder and families are not usually traded.

Dual/multiple class stock structures have a long history. Media industry figures most prominently. Seen there as a hedge against bowing to shareowner pressures re editorial policy. Preserve editorial content. It used to be you could implement such structures post IPO. Now they must be established up front. In his welcoming remarks, Evan Epstein let the audience know Arthur Rock generally doesn’t favor dual-class structures. Companies that have them should also have sunset provisions, so investors know when this control mechanism will end.

Most tech companies with dual-class structures have it phase out with the first generation. Dual-class structures allow more long-term planning. Transfer of shares usually triggers a change of the shares to low vote shares. Some think the dual-class benefits long-term holders. They argue the public is buying in with an understanding of the structure. Others argue index funds have to buy the stock in the company when it joins the index their fund tracks. Often dual-class is hard wired 5-7 years or when additional stock is sold and go the higher voting stock goes below a certain proportion.

Studies find that corporate cash holdings are worth less to outside holders in dual-class companies. Managers are more like to make value-destroying acquisitions. They are also prone to waste corporate resources for private benefits. Micro-cap dual class structures don’t often phase out or have these modern termination aspects. Many investors apply a discount value to the shares of dual-class companies. (I’m thinking maybe it varies bases on when they think the founder will die.)

Most seem to believe dual-class shares should not be transferrable, especially to the kids. In many media companies they are. How long is it appropriate to protect the mad scientist? How is it long necessary to protect the entrepreneurial spirit? How many mistakes are shareowners willing to suffer? Micro-cap directors are often connected to imperial CEO.  Fiduciary duties offer minimal protection because allowances for reasonable business judgment are quite large. Many cannot take the Wall Street Walk. Time triggers and narrowing the scope of what super-voting rights are used for can limit their damage by making them akin to a chewable poison pill.

The people who buy IPOs are generally flipping them. Groupon is a prime example. Reality kicks in.  If they have to be excluded from the index, then index funds can have a huge tracking error. Better to go after listing standards. Now it is a race to the bottom. Any single fund is rarely big enough in private equity to stop a company from taking the dual-class role. They don’t have enough influence over the corporate structure before it goes public. Much of private equity tries to stay away from them because they have no leverage. Perhaps organizations like the Council of Institutional Investors could change that if unified. They certainly made some initial forays by writing to the exchanges. Moving up the 500 shareholder rule would allow delays in going public… maybe companies would be less likely to use dual-class structures.

Some brought up use of lead directors to mitigate. I’m not sure that accomplishes anything. You would need a very independent board chair for me to see any mitigation at all from that type of strategy.  Others though funds compromise their values to jump into deal. They can resist tempting companies but they can’t correct problematic behavior. Can one side be ethical and the other side not?

CEO succession is hampered by concentration of voting power. Others argue dual-class allows for a much longer term perspective. Someone proposed allocating super-stock to directors and have one of them be chair, instead of the founder. However, legally the board is already supposed to put the company first and they already wield substantial power. I’m not sure what would be accomplished by them having super-shares. At least the audience was thinking creatively. The best we can seem to hope for in the immediate future is that companies will narrow the scope of when those super voting rights of dual-class shares apply. We still need check and balances, with substantive input from all shareowners, to hold directors and managers accountable.

One investor discounts share value at dual-class companies by up to 20%.  It might depend on how old the founder is. Too many don’t care about governance until it is too late.  If we have to be invested in the company, it’s a Hobson’s choice, since taking the Wall Street Walk is not a real choice. Fiduciary duties protect but not against poor judgment.