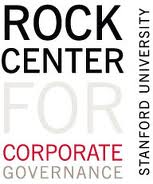 The corporation is one of the most important and remarkable institutions in the world. It affects all our lives continuously. It feeds, entertains, houses and, employs us. It generates vast amounts of revenue for those who own it and it invests a substantial proportion of the wealth that we possess. But the corporation is also the cause of immense problems and suffering, a source of poverty and pollution, and its failures are increasing.  While governments are subject to repeated questioning and scrutiny, the corporation receives relatively little attention.

Professor Colin Mayer discuss his book, Firm Commitment: Why the corporation is failing us and how to restore trust in it

, published by Oxford University Press in February 2013.  He sets out how the corporation is failing us, why it is happening now, what are the consequences, and how we can re-establish the corporation as an institution that we value and trust. 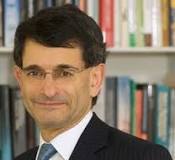 Colin Mayer was chairman of Oxera Ltd. between 1986 and 2010 and was instrumental in building the company into what is now one of the largest independent economics consultancies in Europe. He has consulted for numerous large corporations and for governments, regulators and international agencies around the world.

What follows are some scribbles I jotted down at the event, which provoked more reaction from students than I have seen for a long time at the Rock Center. I would encourage interested readers to watch the video when it comes online. I don’t guarantee the accuracy of my notes, since I’m both slow and imaginative 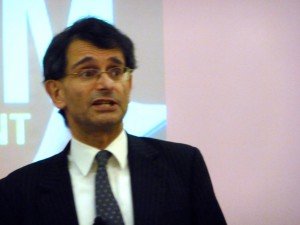 The world faces lots of problems from the corporation, which can be thought of as an economic concept centered on the production function or a legal nexus of contracts, among others. Conventional wisdom says corporations exist to serve the interests of their owners. Directors owe shareholder fiduciary duty to maximize value of corporation. Where it fails we regulate, or have the state take it over.

However, this picture is fundamental wrong. Corporations are not simply a production function. They exist to do things that benefit us as consumers. They should balance their commitments to stakeholders (my word). Separation of owners and corporations allows that balance. They are like us but not of us. They can contract, be sued but can provide goods. Too frequently, they are captured by shareowners… short term shareowners.

Corporations were originally established with a public purpose in mind. Initially, they went to banks for financing, then to merchants, then to public markets. Shares are increasingly held by funds for shorter and shorter periods… down to nanoseconds. In pursuit of shareholder gains they sacrificed the interest of other stakeholders and the larger society.

The myth is that all the troubles stem from agency problems. No one sharehoder controls, so management runs riot. Regulations and laws are aimed at addressing the agency problem. (separation of ownership from control)  But in our last big financial crisis the banks that had the “best” corporate governance failed the most frequently. The central problem was fraud. We teach our students to make money either through wealth creation or wealth transfer.  Lately, especially in the UK, it has been more of the later.

One inherent problem is that shareholders are incentivized to flip the coin and take a risk. Any party that makes firm-specific investments is exposed to the failures of financialization and under-investment in activities that don’t immediately benefit shareowners (research, training, reducing pollution, etc.). Financial markets have become akin to Ponzi schemes where profits are based on subsequent investments. Provided large gains can be made through many transactions with little risk, it works. However, it fails if enough capital isn’t put aside for insurance purposes. The incentive is to exit before large losses come to fruition.

As one problem is solved, the others are made worse. Corporations are more complex than a simple agency viewpoint. The structures required are more subtle. You would think reputations might help align interests with society. Barclays Bank is a prime example. Because of the LIBOR scandal, Barclays had to set aside $2B but share price rose by 60% while the FTSE went up only 10%. Similar for other banks involved in the scandal.

Similarly, when companies violate environmental laws reputational impacts are quite perverse. In response to the financial crisis we are tying banks in regulatory knots. The net effect is that banks will stop doing things that are regulated and will do more of the things that are unregulated…  shadow banking. Regulating makes them more instrumental in their behavior. Compliance departments produce more instrumental avoidance.

Models of corporate governance, great rule of law, investor protections, say on pay, free takeover market, and separation of CEO/Chair. Every form of “good” corporate governance has been a disaster for the UK.  Most of the industries have gone. We blame it on too large a government sector, poor relations or whatever but the real problem is the impact of financial market. The dominance of shareholders results in under-investment in other stakeholders.

The US and UK are often lumped together. But they are very different. In the US you can have extensive take-over protection. You can incorporate in a management friendly state. The options are far more diverse than they are in the UK and that diversity is a source of immense strength. The proper corporate governance can be chosen as what is best for each specific company. Increasing shareholder control and increasing accountability through them does not solve all the problems.

Celebrate the diversity of corporate governance in the US. Encourage it. Encourage long-tem owners. Once corporate governance was based on 1 person 1 vote. Then it moved to votes by shares owned, based on capital invested. One share, one vote became fundamental. But shareholders investing for 10 years are much different than one that invests in nanoseconds. One might create incentives for holding for a longer period of time.  Allocate more voting rights to those who commit to holding for the longer period.

Extend the value of running companies in interest of all shareowners. Under the dominance of shareholders, companies will cut employment before cutting their dividend. Corporations aren’t legally required to focus blindly on shareholder interests. We have a failure of social responsibility by corporations because boards haven’t taken on that as a prime value. However, companies owned by industrial foundations are successful in operating in accordance with the values of their founders. This suggestion is not suited to all corporations. We still need small entrepreneurial companies and many other forms. Diversity is critical.

The notion that corporate taxes can align companies with interests of society was based on the idea that they could reduce taxes by investing in other social goods, such as human capital, philanthropy. Other loopholes are readily available that don’t serve a social purpose.

Unlike politicians which are elected for short-term, corporations have unlimited life and can be aligned with promoting future generations.

Mayer then discussed a 10-point plan:

Separation of ownership and control allows balance. Those institutions with high moral principles have been usurped by owners simply intersted in making short-term money. Ultimately, a moral corporation is a successful corporation.

Larcker praised Mayer for his work, grounded in good research. That makes it different than most corporate governance writing. Mayer’s is a strong call for critical thinking.

Larker went on to raise various questions. Should companies be board-centric or shareholder-centric? Key question – does his focus on shareholder value demonize such a strategy? Are stock prices set by long-term calculation or short-term? Firms don’t focus on that. How do markets operate?  Are other stakeholders disadvantaged due to asymmetric risk? Reputation should count in the market as a direct cost to shareholders. Is there an absence of information sharing? Are there shared values across stakeholders? Who determines relative weights? Someone will be disadvantaged. Do we delegate to a regulator? Trust models like Berkshire Hathaway are mostly absent from today’s corporations.  Are there bad apples? Yes, some. Do we need a fundamental revamp? Maybe, but that assertion deserves serious research. He concluded by warning of the curse of unintended consequences.

Actually, what followed was a bit of scathing criticism from students, which I failed to capture in any detail.

One student pointed to the history of the market economy. Problems have been endemic for all of history. Government works too closely with money. How are your recommendations not just another stage? Contracts do not protect other parties.

Mayer points to examples where these have been successful. Companies that have adopted such approaches around well defined values. Very powerful vehicle. If contracts are imperfect, terms dependent on noncontractual elements of trust. Ultimately, what is needed is rebuilding trust. Competitive process will drive corporations in this direction. Increasing competitions between different systems. State-owenrship has served China well over the last 20 years. They have a real focus on long-term ownership and public purpose. It is unclear shareholder model will dominate in history.

Another student asserted the shareholder model is broken. Intergenerational transfers have stuck their generation with lots of problems.

Takeaway: For me Mayer’s whole theme boiled down to diversity. The more different forms of corporate governance we have, the better off we will all be. More experimentation is key. There is no one correct model for all companies, all times or all countries.

For additional insight, see this review of Mayer’s Firm Commitment by John Gibbs, a lawyer from Melbourne, Australia. For a related book, at least with regard to some conclusions, see Owning Our Future by Marjorie Kelly.