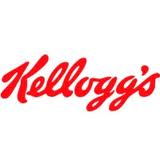 Kellogg ($K) is one of the stocks in my portfolio. Their annual meeting is coming up on 4/26/2013. ProxyDemocracy.org had the wrong date for the meeting and hadn’t posted any votes when I checked on 4/23/2013.  I voted with management 75% of the time.  View Proxy Statement. Warning: Be sure to vote each item on the proxy. Any items left blank are voted in favor of management’s recommendations. (See Broken Windows & Proxy Vote Rigging – Both Invite More Serious Crime)

K’s Summary Compensation Table shows CEO John Bryant was the highest paid named executive officer (NEO) at about $6.6M in 2012. I’m using Yahoo! Finance to determine market cap ($23.9B) and Wikipedia’s rule of thumb regarding classification. K is a large-cap company. According to the United States Proxy Exchange (USPX) guidelines (pages 9 & 10), using data from Equilar, the median CEO compensation at large-cap corporations was $10.8 million in 2010. I voted in favor of the compensation plan, all directors and the auditor.  I voted against the long-term incentive plan based on the announced vote of Ontario Teachers’ Pension Plan.

I also voted in favor of the State of North Carolina Equity Investment Fund Pooled Trust’s proposal to declassify the board. That’s plain good governance; we need to be able to voice our vote on directors every year.  How I voted (CorpGov) below:

Looking at SharkRepellent.net, I see our company has a classified board (maybe that will change after this year’s vote), plurality (instead of majority vote standard) for director elections, no action can be taken without a meeting by written consent, shareholders cannot call special meetings, supermajority vote requirement (66.67%) to approve mergers not approved by a majority of continuing directors, supermajority vote requirement (66.67%) to amend certain charter and certain bylaw provisions.

Kellogg Company’s ISS Governance QuickScore as of Apr 1, 2013 is 7. The pillar scores are Audit: 1; Board: 7; Shareholder Rights: 10; Compensation: 3.Brought to you by Institutional Shareholder Services (ISS). Scores range from “1” (low governance risk) to “10” (higher governance risk). Each of the pillar scores for Audit, Board, Shareholder Rights and Compensation, are based on specific company disclosure. ISS, so far, has provided no detail on the relative distribution of the scores. The board’s poor rating provides support for a proxy access proposal. Additionally, 7 of the 11 directors are long-tenured with over a decade of service, five of whom are at least 70 years old – which may signal succession planning concerns. I see a shareowner revolt brewing.  Perhaps we should meet on Sharegate to do some more analysis.