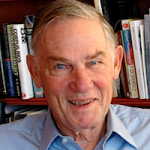 (Guest Post by Robert A.G. Monks) Let me tell you about something I read recently called Who Cares? Corporate Governance in Today’s Equity Markets (OECD Work Paper #8) by Mats Isaksson and Serdar Celik.  Mats has been a major figure in the corporate governance movement for many years and is one of the key people in this field at OECD.  I don’t know Serdar Celik as I know Mats, but the two have created an important and very thought-provoking document that you must read if you’re investing.

We’re living in a world where there are many layers between the beneficial owner who enjoys (or suffers) the consequences of how the company performs and the person with legal authority to vote.  As the authors put it, “the growth of intermediation has increased the potential for misaligned incentives.”  The relationship between what they call “savers” and the corporations they own passes through nominee names, it passes through custodians, it passes through various voting advisers, and at the end of the day very little remains of the legal concept of fiduciary duty.  We buy into the idea when we invest but a little bit comes off at each stage and by the time you’re finished there’s nothing left.

As Celik and Isaksson say, “in addition to dark pools,” (which is the trading between large institutions off the market where no one really knows the details of how it’s done) “the general fragmentation of equity markets also makes it harder and more expensive for market participants to monitor markets.”  The result is that it’s very difficult to get an accurate sense of the appetite of owners or who they are when so much of the energy and activity regarding ownership is being conducted in private, undisclosed ways.

They go on to explain that long-term ownership is being crowded out because you’ve got to adapt your trading strategy to high-frequency trading and a diminishing portion of equity investment remains with a long-term strategy, supported by corporate fundamentals.  At the end of the day, there are now very few people we can call shareholders and owners, in the traditional sense.  Virtually everyone else is simply a piece of data with various different programs either doing high-speed trading or balancing algorithmically defined indices, or acting as additional collateral for various short sale contracts.

The amount of real market is much diminished, and because of phenomenon like dark pools and high-frequency trading it’s very difficult to feel any confidence in the pricing mechanism of the market — so much of the activity of the market is taking place where you have no influence over it.

So, the authors have introduced a very interesting line of thought that needs to be taken seriously: we are using outmoded vocabulary and patterns of performance (and concepts of professional obligation) that are utterly lacking in the reality of today’s world.  They bear no relation to what’s actually happening when we invest.  We’ve been very slow to create a new language and new patterns of regulation that maintain or restore the virtues which we’ve taken for granted in participatory capitalism.  Among these is having a marketplace that is a reliable and understandable place in which to determine price.  Dense stuff, indeed – but ideas that we must dig into and understand if we are to be responsible owners.

Robert A.G. Monks, author of Citizens DisUnited: Passive Investors, Drone CEOs, and the Corporate Capture of the American Dream and eight other books, is a pioneering shareholder activist and corporate governance adviser. He has written widely about shareholder rights & responsibility, corporate impact on society and global corporate issues.  Visit http://www.ragm.com , and follow the author on Facebook and Twitter.

The Handbook of Board Governance – read my Chapter 21, The Individual’s Role in Driving Corporate Governance. Current focus:  Rulemaking Petition for Real-Time Disclosure of Proxy Votes, SEC File 4-748, Jul. 9, 2019 Please add your support by following the instructions at the end of Mutual Fund Wars Over Fees AND Proxy Votes. Don’t miss: