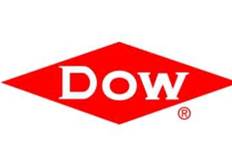 Dow Chemical Company ($DOW) is one of the stocks in my portfolio. Their annual meeting is coming up on 5/9/2013. ProxyDemocracy.org had collected the votes of two funds when I checked on 5/3/2013.  I voted with management 69% of the time.  View Proxy Statement. Warning: Be sure to vote each item on the proxy. Any items left blank are voted in favor of management’s recommendations. (See Broken Windows & Proxy Vote Rigging – Both Invite More Serious Crime)


I generally vote against pay packages where NEOs were paid above median in the previous year but make exceptions if warranted. According to Bebchuk, Lucian A. and Grinstein, Yaniv (The Growth of Executive Pay), aggregate compensation by public companies to NEOs increased from 5 percent of earnings in 1993-1995 to about 10 percent in 2001-2003.

DOW’s Summary Compensation Table shows Andrew Liveris, CEO & Chairman was the highest paid named executive officer (NEO) at about $23M in 2012. I’m using Yahoo! Finance to determine market cap ($40B) and Wikipedia’s rule of thumb regarding classification. DOW is a large-cap company. According to the United States Proxy Exchange (USPX) guidelines (pages 9 & 10), using data from Equilar, the median CEO compensation at large-cap corporations was $10.8 million in 2010.

DOW’s pay is above median, even if we factor inflation. Therefore, I voted against the pay package and members of the compensation committee: D. H. Reilley, Chair, M. Fettig, and I would have voted against J. B. Hess if he had not stepped down, effective May 9th. I also voted against James M. Ringler who serves on six boards… that’s too many. I voted in favor of Ken Steiner’s proposal to adopt a policy requiring that senior executives retain a significant percentage of shares acquired through equity pay programs until reaching normal retirement age. That would provide a great long-term incentive not to play accounting games.

How I voted (my vote in parentheses) below:

If you satisfy the requirements of the U.S. Securities and Exchange Commission (the “SEC”) and wish to submit a proposal to be considered for inclusion in the Company’s proxy material for the 2014 Annual Meeting, please send it to the Corporate Secretary.* Under SEC Rule 14a-8, these proposals must be received no later than the close of business on November 28, 2013.

Looking at SharkRepellent.net, I see no action can be taken by written consent and 25% of shares are required to call special meetings.

Taking Back Our Co-ops and Credit Unions
How I Voted: Ford (F) – Proxy Score 64%