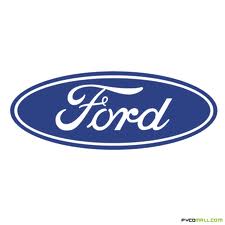 Ford ($F) is one of the stocks in my portfolio. Their annual meeting is coming up on 5/9/2013. ProxyDemocracy.org had collected the votes of four funds when I checked on 5/3/2013.  I voted with management 64% of the time.  View Proxy Statement. Warning: Be sure to vote each item on the proxy. Any items left blank are voted in favor of management’s recommendations. (See Broken Windows & Proxy Vote Rigging – Both Invite More Serious Crime)

Ford’s Summary Compensation Table (why not just label it that way in the index?) shows Alan Mulally, CEO & Chairman was the highest paid named executive officer (NEO) at about $21M in 2012. I’m using Yahoo! Finance to determine market cap ($15B) and Wikipedia’s rule of thumb regarding classification. Ford is a large-cap company. According to the United States Proxy Exchange (USPX) guidelines (pages 9 & 10), using data from Equilar, the median CEO compensation at large-cap corporations was $10.8 million in 2010.

I voted in favor of the The Ray T. and Veronica G. Chevedden Family Trust recapitalization plan to give each share an equal vote and John Chevedden’s proposal to reduce the requirement to hold a special meeting to 10%.

Unless the Board of Directors determines otherwise, next year’s annual meeting will be held on May 8, 2014. Any shareholder proposal intended for inclusion in the proxy materials for the 2014 annual meeting must be received by the Company’s Secretary no later than November 28, 2013, and can be sent via facsimile to 313-248-8713.

Looking at SharkRepellent.net, I see 30% of share voting power is required to call special meetings and, of course, there is unequal voting of shares.  The number of votes per share of Class B shares is calculated each year so these shares as a class account for 40% of total votes outstanding. Maybe if we win those items the year, we won’t have to think about introducing proposals next year.

Ford Motor Co.’s ISS Governance QuickScore as of Apr 1, 2013 is 9. The pillar scores are Audit: 1; Board: 10; Shareholder Rights: 7; Compensation: 9. Brought to you by Institutional Shareholder Services (ISS). Scores range from “1” (low governance risk) to “10” (higher governance risk). Each of the pillar scores for Audit, Board, Shareholder Rights and Compensation, are based on specific company disclosure.  Our board is aged and entrenched. Maybe it is time to get together on Sharegate.com and chart a new course.