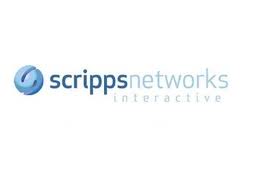 Scripps Networks Interactive, Inc. ($SNI) is one of the stocks in my portfolio. Their annual meeting is coming up on 5/14/2013. ProxyDemocracy.org had collected the votes of four funds when I checked on 5/9/2013.  I voted with management 25% of the time.  View Proxy Statement (no hyperlinked index… no index at all). Warning: Be sure to vote each item on the proxy. Any items left blank are voted in favor of management’s recommendations. (See Broken Windows & Proxy Vote Rigging – Both Invite More Serious Crime)

SNI’s pay is above median, even if we factor inflation.  Pay includes generous perquisites, such as club dues and tax gross-ups. Scripps’s governance is hurt by a dual-share structure that gives the Edward W. Scripps Trust control over 93% of the company’s total voting power through a dual-class stock structure. Owning this stock is an act of faith. I’m not sure how deeply devoted I am.
Therefore, I would have voted against the pay package, if given the opportunity (perhaps not required of controlled companies?) and all the members of the compensation committee up for election: David A. Galloway, Chair and Ronald W. Tysoe. I also joined CalSTRS in withholding my vote from Jeffrey Sagansky.

Looking at SharkRepellent.net, I see SNI has a plurality vote standard to elect directors with no resignation policy. Special meetings can only be called by shareholders holding not less than 50% of the voting power. Blank check preferred stock. Of course, the biggest problem is unequal vote power.

SNI’s ISS Governance QuickScore ISS Governance QuickScore as of May 1, 2013 is 9. The pillar scores are Audit: 1; Board: 8; Shareholder Rights: 8; Compensation: 9. Brought to you by Institutional Shareholder Services (ISS). Scores range from “1” (low governance risk) to “10” (higher governance risk). Each of the pillar scores for Audit, Board, Shareholder Rights and Compensation, are based on specific company disclosure. That’s about as low as I’ve seen.