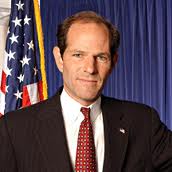 Eliot Spitzer, the former “Sheriff of Wall Street” as New York Attorney General, would bring unprecedented visibility and creativity to the role of New York City Comptroller.  He wants to re-envision the Comptroller’s, just as he did the Attorney General’s. I believe he will.

In a recent interview, Spitzer said the Comptroller is “a significant player in terms of the pension funds and how those shares are voted. And when I speak with folks about corporate governance, the missing link in all of this has been ownership.” (What Spitzer might be up to as NYC comptroller, 7/10/2013)

The Comptroller oversees the city’s five public-employee pension funds, each with its own board, with combined assets of about $140 billion and manage money on behalf of 237,000 retirees and 344,000 employees of city and related public entities. He would also deal with bonds, with about $41 billion in general-obligation debt outstanding.

At the top of the list of his corporate governance reforms is separating the roles of CEO and board chairman at large corporations. Maybe he can do for that proposal what Harvard’s Shareholder Rights Project has done for declassifying boards. From How a brash New York City comptroller could streamroll Wall Street;

“Corporate governance fails because shareholder voices are not being heard, institutional shareholders are passive,” Spitzer said on Hardball Monday afternoon.

He thinks comptrollers should band together the way state attorneys general do and force Wall Street banks to disclose more about their practices, and, more worryingly for the banks, stop spending shareholder money to influence politicians. A group of dedicated funds owning a significant share in major banks would have both the voting rights and standing to sue, and thus be able to force these issues.

Shareholder efforts like these are often dreamt about by reformers, but they don’t usually don’t get very far. However, few people expected Spitzer to earn a $1.4 billion settlement from banks for inflating tech stock prices and giving biased advice, either.

There’s also “say on pay,” the Dodd-Frank provision giving shareholders a vote on executive compensation. It is seen as toothless, mostly creating a cottage industry for lawyers to garner six-figure settlements in exchange for minor disclosures. A more a tenacious legal approach might, however, embarrass companies and get more results for shareholders.

Right now the Comptroller votes with management 76% of the time; expect that to shrink under Spitzer. And from The Daily Beast:

The stakes are extremely high. The costs of poor management in these areas are massive, for all taxpayers. The potential for corruption and debacles is pervasive. Municipal finance has historically been a cesspool of conflicts of interest—investment firms help fund the campaigns of officials who dole out underwriting assignments, and the revolving door swivels rapidly. Money-management assignments are often doled out less on merit and more on personal connections. Wall Street firms have routinely sold financial products and investment strategies to unsophisticated city and state money managers that wind up causing big losses for the taxpayers. Alabama’s largest county effectively filed for bankruptcy after having engaged in a complex derivatives transaction with JPMorgan Chase.

And so the sort of person you’d want in the post is somebody who knows Wall Street inside and out, who can see through the conflicts of interest and b.s. that Wall Street firms peddle, whom Wall Street regards as someone to fear rather than a mark, and who has sufficient financial resources that he or she won’t be tempted to dole out favors to money managers in exchange for the prospect of lucrative post-government employment.

Spitzer fits those requirements perfectly. A child of New York City privilege, and a graduate of Princeton and Harvard Law School, he came from the same milieu as many Wall Streeters. Better than any other elected official, he understood what motivated investment bankers and traders, the language they spoke, and the ways in which their industrial norms could prove damaging to the markets and its participants. That’s what made him such an effective anti–Wall Street crusader when he was attorney general. His staff didn’t need to explain to him how investment-banking firms tied research reports to underwriting assignments. And so a decade ago, while the Securities and Exchange Commission slept, Attorney General Spitzer used his prosecutorial tools to end corrupt practices in investment banking, mutual funds, and insurance…

Spitzer is sharp, engaging, and would much rather spend his days engaged in public service than helping to manage commercial-real-estate investments. He’d make an excellent comptroller. New York City effectively spends a lot of money each year on money management and other financial services. I’d trust Spitzer to do that wisely, and to drive better bargains for the city’s taxpayers and pensioners than his rivals could. Will New York City’s voters agree? I’m not sure. The ballot box can be a difficult place to find redemption and forgiveness.

On Jay Leno’s show, Spitzer touted his record pursuing financial crimes: “Wall Street desperately wants me to lose,” because of his previous work as attorney general, adding that he would use the comptroller’s control over the city’s pension funds to pursue Wall Street again.

That is where the power really comes from. $140 billion of pension funds, which in the equity markets are a lever to control corporate governance, reign in CEO pay, make sure that the Wall Street titans are acting fairly and honestly, making sure that the markets are functioning properly, making sure capital is allocated as it should be. (Spitzer tells Leno he cares about public service)

, which suggests he would to try to force changes at companies on issues ranging from executive pay and the makeup of corporate boards to bank lending practices. New York City’s pension funds are already some of the most frequent filers of shareholder initiatives. Spitzer would raise visibility and would likely be more creative than his predecessors.

Nell Minow, co-founder of ISS and GMI Ratings, said she loves the idea of Spitzer having access to the comptroller’s bully pulpit.  “The last thing in the world that we need from Wall Street is for them to stop being afraid of investor feedback.”

The New York City comptroller has long been a leader to push shareholder accountability on social and political issues, Minow said, and Spitzer’s ability to generate national headlines would make him a significant force to push for changes in corporate governance. “Companies will understand that, and will be quick to answer the phone when he calls,” she said. The Limits of the City Comptroller’s Toolbox, 7/10/2013. Robert A. G. Monks endorsed Eliot Spitzer “unreservedly” last week:

I am endorsing Eliot Spitzer for Comptroller of the City of New York. The prospect of Spitzer back in government service is really exciting. Through his leadership of the several city employee pension funds, the Comptroller can be – in the tradition of Harrison Goldin, among others – one of the most important forces for responsible corporate conduct in the world. (more at Endorsing Eliot Spitzer)

Does he have baggage? Yes, without question. While substantial, his problems are far outweighed by his intellect, creativity, skill, and ability to make progress on the most important issues. I hope New Yorker’s give him a big seat in the corporate governance industrial complex. Let’s see Spitzer representing the real capitalists, shareowners, as New York City Comptroller. The last poll I saw gave him a 9% lead in the the Democratic primary.