Last week I followed up on a proposal made in early 2010 as a result of a couple of resolutions I was able to get enacted through my union in 2009. Yes, these issues take time. You must be tenacious, even when dealing with a fund like CalPERS, where both board and staff want to do the right thing, since there are so many competing needs. I reproduce my testimony below in hopes that others will follow my lead at their pension and mutual funds.

The world of shareowner activism is certainly changing.  During the years since I wrote the proposal in 2009 TransparentDemocracy.org, ShareOwners.org, the Investor Suffrage Movement have all suspended operations. MoxyVote has also come and gone but ProxyDemocracy.org remains an excellent source for learning how many funds are voting. In addition, a new entrant, Sharegate.com, promises to be a virtual space for shareowners to congregate, share information and strategize.

Greater participation by CalPERS and other funds would enhance information sources and lead to better quality voting, especially by retail shareowners and small institutional investors who don’t subscribe to proxy advisor services. Please consider followin my example with similar resolutions at other funds. 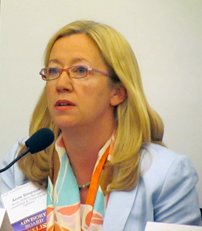 In 2009 the California State Employees Association General Council representing all 150,000 members of SEIU Local 1000, CSUEU, ACSS and CSR, passed two resolutions on CalPERS. One encouraged candidate forums. We applaud CalPERS for incorporating such forums into the normal election cycle. The second encouraged CalPERS to announce more of its proxy votes in advance so that shareowners, including CSEA members, could have the benefit of knowing how CalPERS votes.

CalPERS has been reporting on about 300 proxies each year for about a decade. Your leadership on disclosures led other funds to do the same. Disclosing funds include several mutual funds, as well as CalSTRS, Florida SBA and the Ontario Teachers’ Pension Plan. Many disclosures are also announced on social media sites such as Twitter, Sharegate, and  ProxyDemocracy. However, all the other funds attempt to report most of their proxy votes, whereas CalPERS continues to report on only the top 300 holdings.

I’ve had several very agreeable meetings with staff beginning in early 2010. The latest word is that they hope to be ready to expand the number of proxy votes reported in advance by the 2014 season. However, since I didn’t see anything mentioning that important target in the Global Governance Program Update, I thought I’d attend the Committee meeting just to let you know our members are still eagerly awaiting this enhancement. 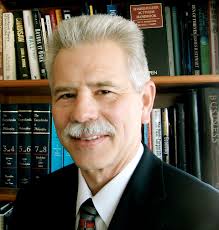 CalPERS already spends considerable effort analyze thousands of proxies each season and your influence is well documented in the Global Governance Update. Announce more of your proxies in advance and you’ll have even more clout.

WHEREAS, (1) Good corporate governance leads to better performance and increased returns, and

WHEREAS, (2) CalPERS seeks regulatory and corporate reforms to protect the investments that CSEA members depend on for our retirement income, spending a great deal of time and effort researching governance issues specific to each of the thousands of companies in its portfolio and diligently voting proxies, and

WHEREAS, (3) Regulatory oversight and proxy voting are important means by which shareowners influence company operations and corporate governance, and

WHEREAS, (4) It is, therefore, important for shareowners to exercise their right to participate in policy development and proxy voting based on a full understanding of publicly available information, and

WHEREAS, (5) Thousands of CSEA and other CalPERS members also hold stocks directly as retail shareowners or indirectly as investors in mutual funds, and

WHEREAS, (6) Under recently enacted “e-proxy” rules, allowing proxies to be delivered electronically, fewer than 10% of retail shareholders have been voting and most don’t have the time or resources to figure out policy positions or individual proxy issues, such as which directors have underperformed or whether an executive compensation package should be approved, and

WHEREAS, (7) CalPERS currently publishes proxy voting decisions on only about 300 out of their 5,400 domestic companies in advance of annual meetings “to encourage other shareowners to vote on issues within the proxy in accordance with CalPERS,” and

WHEREAS, (9) ProxyDemocracy.org is a non-partisan, non-profit website that facilitates informed participation in proxy voting among individual and small institutional investors by collecting announced votes, alerting subscribers, facilitating further proxy research, and that will soon allow shareowners to vote their proxies directly through their site, all at no charge, and

WHEREAS, (10) Similarly, TransparentDemocracy.org is a non-partisan, non-profit website (partially funded by SEIU) that publishes corporate proxies and encourages individuals and groups to publish their recommendations so that shareowners can easily see how people and organizations they trust recommend they vote, and

WHEREAS, (11) Networking sites, like ShareOwners.org and the Investor Suffrage Movement (iSuffrage.org) seek to create better protections for average American investors through meaningful participation in policy development and the exercise of rights, and

WHEREAS, (12) If CalPERS announced more of its votes in advance on websites like ProxyDemocracy.org and TransparentDemocracy.org, participated in networking sites like ShareOwners.org and the Investor Suffrage Movement, then more informed members could vote their own proxies like CalPERS and would be in a stronger position to influence the vote of mutual funds, as well as the development of policies, regulations, laws, thus increasing the influence of CalPERS efforts. Now, therefore be it

RESOLVED, that CSEA petition CalPERS to increase the proportion of proxies it announces in advance and that CalPERS be encouraged to explore making better use of ProxyDemocracy.org, TransparentDemocracy.org, ShareOwners.org, the Investor Suffrage Movement and/or similar organizations to more broadly distribute information, mobilize members and encourage more input on corporate governance policies.

Estimated CSEA Cost:  The minimal cost of forwarding this executed resolution to CalPERS.