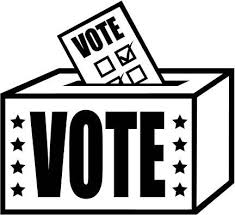 After posting Cisco Systems: Prime Target For Proxy Advisor Competition, Cisco Systems: Proxy Proposal #5 – 11 Q&A, and Cisco Systems (CSCO): How I Voted – Proxy Score 56 I am still getting the most basic question from funds trying to determine how to vote. That’s understandable. People lack the time necessary to analyze proxy issues. That’s one of the reasons behind the proposal. More resources and more competition could make for better voting at Cisco for all shareowners.

I keep getting the same fundamental question. How would it work in practice? Here’s what I tell them.

The competition would be announced and open for entries six months after the Cisco 2013 annual shareowners meeting. Each contestant would pay an upfront nonrefundable fee of $2,000 to Cisco (to keep the number of contestants down to those with considerable expertise).

Each entry would be announced promptly after receipt. Their names and website addresses would be displayed on a publicly accessible Cisco website page, in chronological order of entry.

The following voting item would appear in next year’s proxy:

Which of the following proxy advisors do you think deserve cash awards for the usefulness of information they have provided to Cisco shareowners? (You may vote for as many advisors as you like. See each advisor’s website for their information for Cisco shareowners. Prizes, of $20,000, $15,000, $10,000 and $5,000 will be awarded to advisors based on the number of shares voted to approve the usefulness of their advice.)

Then the name and website address of each advisor entered would be listed in chronological order of entry, followed by check-boxes for approval, disapproval and abstention for each entry.

Shareowners who have not already gone to the proxy advisor sites from the Cisco site could access them from the proxy.  After reviewing their advice and analysis, they would vote for as many as they like based on ease of use, level of analysis or whatever criteria they choose in determining which advice is most helpful.

The advisor receiving the most approval votes would get first prize, second gets second prize, and so on.

Right now, only a relatively small number of shareowners get any analysis because they don’t subscribe to a service. With the proxy advisory contest, all shareowners would get multiple analyses and contestants would be incentivized to spend more on their efforts (we estimate proxy advisors spend about $2,000 per proxy). Competition breeds better analysis.

Want more information but don’t want to read? You can view 5 videos with students virtually gushing about how a similar process has been working in their elections at the University of British Columbia. Email James McRitchie or call me (10 am to 4 pm Pacific time). I’m happy to discuss.

Thanks to Mark Latham and VoterMedia.org for all their work in field testing the process and making this innovative proposal possible.