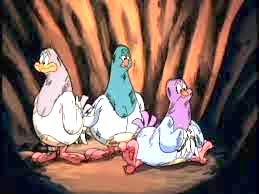 Wow, talk about holding a shareowner’s meeting in a foxhole; that’s not deep enough for Stillwater Mining (SWC)! Hat tip to Donna Anderson who wrote to say she got a kick out of our “foxhole” award when she saw it on Twitter.

I guess I missed the deadline for nominations, but I have another doozy for you. Stillwater Mining Co always holds its meetings somewhere in Billings MT where its headquarters are. Then, they traditionally offer shareholders who show up to the meeting a mine tour. They bus people a couple of hours out into the wilderness and take them down in the mine.

This year they had a proxy contest (and lost). Guess where the shareholder meeting took place …… at the bottom of the mine!! No cell service, no last-minute e-mails, and exceedingly difficult travel conditions.

Anyway, I thought you would enjoy that. 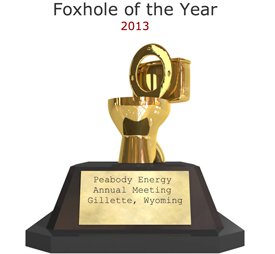 Yes, you’re too late this year Donna. Peabody (BTU) already got the award this year but maybe we should put Stillwater on a watch-list for 20014. Both are mining companies. Are mining companies more likely to have something to hide from their own shareowners?