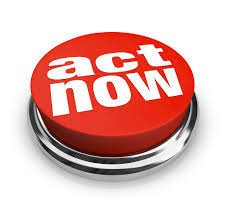 On November 27, 2013 the SEC Announced the agenda and panelists for their 12/5/2013 Roundtable On Proxy Advisory Services. In the first session, participants will discuss, among other topics, the current use of proxy advisory services, including the factors that may have contributed to their use, the purposes and effects of using the services, and competition in the marketplace for such services.  In the second session, participants will discuss, among other topics, issues identified in the Commission’s 2010 concept release on the U.S. proxy voting system, including potential conflicts of interest that may exist for proxy advisory firms and users of their services, and the transparency and accuracy of recommendations by proxy advisory firms. It is critical that members of the public, especially unrepresented retail shareowners submit comments, so your interests can be considered.

While the panelists look well qualified and reputable, none appear to represent retail shareowners. True, under the current framework subscribers to proxy advisor services are overwhelmingly institutional investors and investment advisers. But the subscription model is  an accident of history, rather than an inevitability. Weighted with vested interests as it is, the Roundtable could easily ignore other potential models and the need for proxy advisory services for retail investors.

Yesterday I received an e-mail from a hedge fund manger that included the following statement:

Personally, I think the proxy advisory business is essentially a scam.  Like the CCO business for mutual funds and investment advisors, the demand is largely created by regulators.  Without regulation, who would pay for a proxy advisor?

In their paper, The Agency Costs of Agency Capitalism: Activist Investors and the Revaluation of Governance Rights, Ronald J. Gilson and Jeffrey N. Gordon (January 1, 2013) argue that large funds, such as Vanguard, Northern Trust, BlackRock and Fidelity (see my posts and AFL-CIO Key Votes Survey Results for 2012) have little incentive to monitor their portfolios and take an active role in challenging management and boards. Since they hold diverse portfolios, any benefit they could obtain through such actions would equally benefit competitors, while they would bear all the costs (free rider problem). They rarely if ever initiate corporate governance reforms and vote primarily because they either have to vote or they most explain why they don’t. The least expensive option available is to subscribe to a proxy advisor service.

In 1988 the Department of Labor (DOL) opined that, since proxy voting can add value, voting rights are subject to the same fiduciary standards as other plan assets (see “Avon” letter). The same standards of trust law also holds for mutual funds, as clarified by former SEC Chair Harvey Pitt, in a letter dated 2/12/2002. Finally, on 1/23/03 the SEC ruled that proxy votes made by mutual funds and investment advisors must be disclosed.

Before these decisions, I recall only one proxy research firm in the US. The Investor Responsibility Research Center (IRRC), founded in 1972 and sold to Institutional Shareholder Services in 2006, was the leading source of impartial information on corporate governance and social responsibility. Historically, IRRC provided proxy research and analysis, benchmarking products, and proxy voting services but did not make recommendations. Subscribers applied their own policies against the IRRC’s research. Most funds didn’t have substantive voting policies and didn’t subscribe.

Most funds simply voted with management, if they voted at all. Once voting rights became subject to fiduciary standards, ISS was created to help them fulfill those responsibilities. Over the years, many funds developed their own proxy voting policies… often taking a rudimentary checkbox approach. Many default to ISS policies when their policies don’t cover the subject, especially for new types of proposals.

While voting as a whole by institutional investors and investment advisers is certainly more conscientious today than it was in 1972, there is little incentive for most funds to spend more than a minimal amount for such services (per Gilson and Gordon) and the subscription model has virtually locked out retail investors.

There are other options. For example, KOLESNIKOFF Governance in Australia touts itself as “the only professional provider of independent proxy voting and governance research on ASX listed companies and capital markets which is accessible by all investors.” According to their website:

We fill the void in professional corporate governance and proxy voting research available to Australia’s retail, self-funded and self-managed superannuation fund (SMSF) investors, who have previously had no way to access costly reports prepared for institutional clients.

As in the US, proxy advisors in Australia offer subscriptions services that cater to institutional clients and fund managers, since subscribers must pay for advice on all issuers, even if they don’t own them. Proxy research reports through KOLESNIKOFF Governance are now available for as little as $7 per company.  While I would be delighted to see them succeed, they face a number of obstacles. Will they be able to sell enough reports to support a staff of researchers? Most investors will remain rationally apathetic, since all shareowners will get the benefits of a better researched vote but only those who purchase the research will suffer the costs.

That is why Mark Latham and I have been advocating an alternative, which we truly hope Roundtable panelists will consider as they make their recommendations. Basically, the model involves all shareowners voting and paying for proxy advisor services through company funds voted on their company proxy. Recommendations from several proxy advisors would be made available to all shareowners and since all shareowners pay for the advice, advisors could be paid substantially more for company analysis than under the current model, which depends on relatively few subscriptions for funding. Without considering the possibility of such proxy contests, the cure SEC panelists offer could be worse than the current disease.

In 2000 we submitted the first proxy proposal for a proxy advisor contest at Whole Foods Market. Since then, Latham has applied the model to university elections (see gushing endorsement videos from users). Improvements have been made and the SEC’s regulatory framework also evolved to become more favorable.

Favorable votes were hard to obtain, mostly because funds hadn’t seen such a proposal before and have no policies on proxy advisor competitions. Here’s a typical e-mail from a fund manager:

Thanks for the email – unfortunately I was on the road much of last week and it took me a while to get a hold of ISS to clarify how your proposal intersects with our voting guidelines – short answer, it doesn’t – so in the end it was too late to do anything about it for this year.

As mentioned above, if their own proxy voting guidelines don’t cover a specific type of proposal, funds generally default to the position of their proxy advisor, in this case ISS. Of course, ISS has an obvious conflict of interest in offering advice on this particular type of proposal, since proxy contests would likely increase the number of advisors competing for their business. Why would they recommend supporting a proposal that would result in more competition? Once funds put more thought into proxy advisor competitions, we can expect that more will see the benefits and will update their voting guidelines appropriately.

However, well intentioned recommendations from the Roundtable could result in the still-birth of this innovative type of proposal. For example, placing restrictions on who can offer proxy advice could severely constrain competition in what is currently a very limited field. According to some estimates,

Registration and regulation of proxy advisors, advocated by many business groups, is an ill-conceived solution that would increase costs but not competition or the quality of analysis. Urge panelists to recommend against further regulation and, instead, facilitate competition through mechanisms such as the proposal we submitted to Cisco Systems.

Further, any reforms aimed at proxy advisors should take into consideration the desperate need for open client directed voting (Open CDV). See my July 16, 2010 comments on issues identified in the Commission’s 2010 concept release on the U.S. proxy voting system.

Additional elements for an effective CDV system include:

Under Open CDV, feeds will offer the ability for retail shareowners to essentially build a “voting policy,” just as institutional voters are now able to do. That model will increase participation and voting quality. We shouldn’t ask shareowners to affirm every single pre-filled ballot. That could be a deal breaker for people with stock in many different companies who would rather spend their time on other activities.

Third-party CDV systems, like that previously offered on the now defunct MoxyVote.com site, will allow investors to create hierarchies of voting instructions. (Vote like X. If X hasn’t voted the item, vote per Y. If Y hasn’t voted, vote per Z, etc. Eventually, these systems could become very complex. Vote like X on issue A; vote like Y on issue B, also specifying defaults if either X or Y don’t have votes recorded.)

If brokers are required to deliver proxies as directed by their clients, another whole model could emerge around “proxy assignments.” Proxies assigned to organizations or individuals, for example, could give annual meetings a new meaning. See “Investor Suffrage Movement” by Glyn A. Holton.

In the 1940s and 1950s thousands of shareowners frequently showed up for shareowner meetings because they frequently deliberated issues and some of those in attendance held substantial proxies from others. Lewis Gilbert, for example, was often given unsolicited proxies, which he used to negotiate motions at meetings. Proxy assignments could bring something of a return to such grass-roots movements by shareowners,

Comments to the SEC Roundtable participants on Proxy Advisory Services may be submitted electronically or on paper. The SEC asks that you use one method only.  Any comments submitted will become part of the public record of the roundtable and posted on the SEC’s website. Your message could be as brief as the following suggested language:

SEC Roundtable participants should ensure their recommendations facilitate, or at least do not block efforts to establish proxy advisor contests, Open CDV systems and proxy assignments.

Electronic submissions: Use the SEC’s Internet submission form or send an e-mail to rule-comments@sec.gov and refer to File Number 4-670 in the subject line.

The roundtable will be held at the SEC’s headquarters in Washington, D.C., and is open to the public on a first-come, first-served basis.  The event also will be webcast live on the SEC’s website and will be archived for later viewing.