Despite the Apple Board’s best effort to obtain a “no-action” letter to exclude my proxy access proposal, it is included among the items to be voted on at or before the annual meeting to be held on February 28 at our Company’s principal executive offices in Cupertino, CA.  See Apple’s proxy, Proxy Proposal 11, ‘Proxy Access for Shareholders’ on page 63. (A minor gripe – why doesn’t Apple provide a linked index to our proxy so that shareholders can easily flip to the subject they are looking for? Let’s hope part of their strategy isn’t making it too hard to analyze the issues and vote.)

Here’s the thrust of my argument. We need directors who can address the big money pile – not with short-term buyback strategies that facilitate extraction of value but with long-term strategies that create value. Investing $150B in Treasuries or money markets is not efficient use of our money. The returns of Google Ventures, for example, are far above the industry’s mean. There is no reason why Apple couldn’t also put our money to good use though an Apple Ventures type of vehicle or through a revamped and enhanced Blue Sky program.

I don’t buy the argument that Apple can’t do it because they don’t have the A/B/C share structure of Google. Sure, that structure makes it easier to ignore shareowners who might call for extractive buybacks instead of investing the future but if Apple shareowners want a board that puts its money to work, we can vote for proxy access. Instead of Apple employees leaving and creating Nest, which was then sold to Google, we need to create entrepreneurial opportunities inside our company. We need a couple of imaginative directors nominated by, elected by, and working for shareowners.

RESOLVED, Shareowners ask our board, to the fullest extent permitted by law, to amend our governing documents to allow shareowners to make board nominations as follows:

1. The Company proxy statement, form of proxy, and voting instruction forms shall include, listed with the board’s nominees, alphabetically by last name, nominees of:

a. Any party of one or more shareowners that has collectively held, continuously for two years, at least one percent but less than five percent of the Company’s securities eligible to vote for the election of directors, and/or

b. Any party of shareowners of whom 25 or more have each held continuously for one year a number of shares of the Company’s stock that, at some point within the preceding 60 days, was worth at least $2,000 and collectively at least one percent but less than five percent of the Company’s securities eligible to vote for the election of directors.

4. If necessary, preference among 1(a) nominators will be shown to those holding the greatest number of the Company’s shares for at least two years, and preference among 1(b) nominators will be shown to those with the greatest number who have each held continuously for one year a number of shares of the Company’s stock that, at some point within the preceding 60 days, was worth at least $2,000.

5. Nominees may include in the proxy statement a 500 word supporting statement.

6. Each proxy statement or special meeting notice to elect board members shall include instructions for nominating under these provisions, fully explaining all legal requirements for nominators and nominees under federal law, state law and the company’s governing documents.

These low thresholds do not demonstrate a significant and sustained long-term commitment to the Company sufficient to justify the costs and disruption of this kind of broadly available access to the Company’s proxy statement. Further, the low thresholds could result in the inclusion of multiple proxy access nominees in the Company’s proxy materials, leading to significant additional expense and diversion of the Board’s and management’s time and energy supporting the Board’s nominees in contested elections.

Distortion of the Facts

b. Any party of shareowners of whom 25 or more have each held continuously for one year a number of shares of the Company’s stock that, at some point within the preceding 60 days, was worth at least $2,000 and collectively at least one percent but less than five percent of the Company’s securities eligible to vote for the election of directors. (my emphasis)

or (ii) a group of 25 or more shareholders each own at least $2,000 of the Company’s shares for one year continuously.

Leaving out the 1% requirement changes the holding requirement from about $5 billion to possibly as low as $50,000. That isn’t a minor error. Even Stephen Colbert would be hard pressed to find truthiness in the Board’s claim. Mistake, just doing what it takes, or an act of desperation?

Under the current board configuration, the proxy access proposal would allow two parties to nominate one director each and they would be prohibited from coordinating campaigns. Apple’s Board opposes it because it could result in groups with a ‘specific agenda’ nominating. Of course, they wouldn’t get elected unless more shareowners voted for them than for incumbents or board nominees. Personally, I’d love to be able to vote for a director with a ‘specific agenda.’ See pages 10-12 of the proxy. Yes, two or three sentences on qualifications but noting on their agenda. Let’s hear what they stand for. What’s the specific agenda of incumbents?

A second reason the Board give is the threshold to nominate is” too low.” Yes, you get to nominate if you or your group owns $5B in stock. Does that sound low to you? Maybe, if you only associate with the top .01%. If you can gather a group with that much stock, coordinate the group, agree upon a candidate, then run a candidate and win, I would bet that proxy access candidate would offer more than the board nominee who loses to them. Even if the proxy access candidate, or candidates if both non-coordinating campaigns win, they can do nothing without convincing incumbent and board nominated candidates. They would be one or two directors out of eight.

Third, the Board states “low thresholds could result in the inclusion of multiple proxy access nominees in the Company’s proxy materials, leading to significant additional expense and diversion of the Board’s and management’s time and energy supporting the Board’s nominees in contested elections.” Is it a diversion to have to compare “specific agendas” or would it simply make an election meaningful?

For innovation to occur and continue, those who occupy strategic decision-making positions must have both the abilities and incentives to allocate resources to innovative investment strategies. Their abilities to do so depends on their knowledge of how the current innovative capabilities can be enhanced by strategic investments in new, typically complementary, capabilities. Their incentives to do so will depend on the alignment of their personal interests with those of Apple.

The current Board fails to recognize that decision-makers with huge amounts of options or restricted stock units (RSUs) are incentivized to enhance the value of those equities through stock buybacks, instead of by allocating resources to innovation. Its like fishing with dynamite. Learn from history. 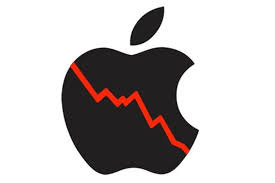 Between 1986 and 1996, dividends totaled $457 million while stock buybacks totaled $1,761 million, nearly four times as much. While dividends rewarded shareholders for holding stock, repurchases rewarded shareholders for selling the stock. The purpose of stock buybacks was to boost the company’s stock price. Who were the prime beneficiaries? They were the company’s top executives, such as John Sculley and Michael Spindler, with their stock-based pay, running Apple into the ground.

Today, incumbent management risks being too deeply in bed with value extractors. Apple is in danger of seeing productive employees as a profit-reducing expense, rather than as value-creating assets. One exception was instituting a new retention mechanisms, “Blue Sky,” which allows engineers to work on their own projects on company time. But instead of essentially ceasing the award of stock options to such initiatives (fearing a soaring stock price will lead too many employees to get too rich to retain), Apple needs to design incentives to reward internal entrepreneurs.

The Board appears to spend too much time and effort thinking about extracting value that was created in the past, rather than envisioning and implementing the innovative investment strategies that will create value in the future. Vote for proxy access and create at least the possibility that one or two people focused on innovation and wealth creation, rather than extraction, can be nominated and elected by shareowners. Stop fishing with dynamite, which delivers high yields in the short run but destroys Apple’s seed corn. Return to greatness; vote proxy access.