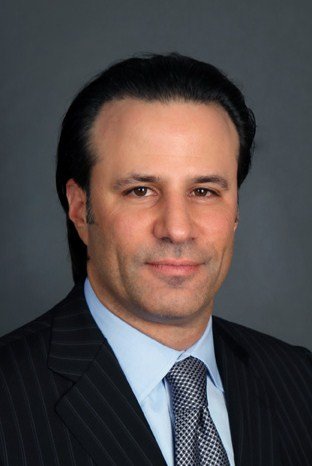 Guest Post: Adam J. Epstein is a NACD Board Leadership Fellow, the small-cap contributing editor to Directorship magazine, and advises small-cap boards through his firm, Third Creek Advisors. He is the author of The Perfect Corporate Board: A Handbook for Mastering the Unique Challenges of Small-Cap Companies (McGraw-Hill, 2012). A version of this article first appeared in the Jan/Feb ’14 issue of Directorship magazine. Mr. Epstein can be reached at ae@thirdcreekadvisors.com. More from Epstein on CorpGov.net.

Much is said and written about initial public offerings in this country from seemingly every possible angle. Interestingly, though, there is an equally important financing ecosystem in the U.S. capital markets that is similar in size to and sometimes even larger than the IPO market, about which comparatively little is said or written.

For many of these companies, particularly for example in the life sciences industry, capital raising might be required numerous times – sometimes even annually, or multiple times within the same year – since the companies aren’t sufficiently cash flow positive to finance growth from within.

Putting aside for a moment the disconnect between how important these growth companies are for the U.S. economy and how little attention this capital raising marketplace receives, there is an additional rub from a governance perspective.

For many years, I co-managed a special situation hedge fund that invested in more than 500 of these micro- and small-cap financings.  It was our experience as institutional investors that, serial need for growth capital notwithstanding, well less than 10% of the thousand-plus companies with which we came in contact had directors on their boards with material, relevant capital markets or corporate finance experience.

Unlike large public companies that can afford double-digit sized boards comprised of iconic business leaders, and supported by talented, knowledgeable governance professionals, small public companies have less leeway – they often spend less on their entire corporate governance infrastructure than some large-cap companies spend on a single director.  Comparatively diminutive governance budgets force many micro- and small-cap companies into board compositions focused on surviving, as opposed to thriving.

For example, small technology companies often focus on directors with experience growing revenue quickly, managing suppliers, and manufacturing, while nascent life science companies often focus on directors who are scientists, clinical trial design experts, and those with experience licensing approved drugs or devices.  Though some of these companies would surely benefit from the more well rounded expertise typically seen on larger company boards, they can’t afford it, and necessity dictates that board seats are filled with expertise that can best assist companies to live to fight another day.

While the cost constraints are readily understandable, small-cap companies have seemingly acquiesced that capital raising is properly outsourced to investment bankers in the same way that legal matters are substantially outsourced to law firms or auditing is predominantly outsourced to audit firms.  This, however, is a dangerous assumption that regularly jeopardizes shareholder value.

Though the majority of micro- and small-cap investment bankers with whom I came in contact during my institutional investing tenure operated with integrity, had substantive domain knowledge, were capital markets experts, and reveled in raising capital for small growth companies, the fact remains that the investment banking-company relationship has two demonstrable conflicts of interest.

The first is somewhat self-evident – that is, the vast majority of investment banks in the micro- and small-cap ecosystem are compensated on a success-fee basis.  Put differently, they are only paid if the transaction they present to a company is consummated.  So, integrity and good intentions notwithstanding, officers and directors are asked daily to approve financings zealously recommended by those who will directly benefit from the same.

The second conflict of interest is rarely discussed, and arguably more insidious.  Many officers and directors take solace in the fact that though the temptation for self-interest is clear, investment banking relationships are governed by negotiated written agreements which set forth, among other things, the services to be performed for the “client.”  The real question officers and directors should be asking themselves though when relying on these agreements to feel better about conflicts of interest is: who is really the investment bank’s client?

While it’s true that companies contractually retain investment banks to raise capital, it’s arguable that companies are more clients* (with an asterisk) than clients.  That is, investment bankers know that the true source of their banking fee is the investor’s newly injected capital; i.e., the check might be signed by the company, but the company is really a “pass-through” as opposed to the source.

So, with capital markets and corporate finance acumen substantially missing from the boards of serial capital raising micro- and small-cap companies, billions of dollars of financing decisions annually are functionally outsourced (sometimes nearly abdicated) to investment banks that have material incentives to serve other interests (e.g., themselves and financiers).

Having said all of this, are there investment banks that routinely rise above the conflicts to provide great financing advice to their micro- and small-cap clients for the benefit of existing shareholders?  Absolutely.

Are there micro- and small-cap companies that regularly undertake smarter, less-dilutive financings than their peers in spite of these conflicts and the lack of in-house corporate finance acumen?  Absolutely.

Would the shareholders of most micro- and small-cap companies that regularly raise capital be wildly better off if those companies had capital markets and corporate finance experts on their boards?  Absolutely.

As sure as day follows night, ignoring material conflicts of interest comes at a price.  Imagine what would happen, hypothetically, if more than a trillion dollars of otherwise shaky credit could be passed off as higher quality to the entire world simply by having the debt issuers pay inordinate amounts of cash directly to the “agencies” who monopolize the market for determining creditworthiness?  Oh, wait…