The Rock Center for Corporate Governance and the NACD Northern California Chapter hosted a conversation between Professor Joe Grundfest and dragon slayer Anne Simpson, Director of Corporate Governance at CalPERS, about how Apple and CalPERS ended up on the same side in a shareholder activism showdown.

Going into the talk, I didn’t see this as the advertised “strange bedfellows” at all. Some activists, such as Carl Ichan, are known for fishing with dynamite – pushing for buybacks, which raise stock price but do nothing to grow the company. It seems to me that long-term investors, such as CalPERS, are unlikely to support such demands, since the prime beneficiaries are sharesellers and managers, whose options gain value with such buybacks. By the time of the event, Ichan had capitulated. 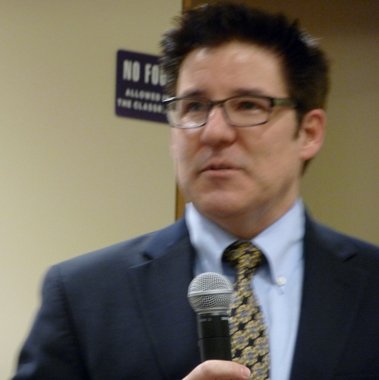 Dan Siciliano begins program on behalf of the Rock Center

The writing on the wall came on Sunday when ISS announced its opposition to Ichan’s proposal, arguing

The board’s latitude should not be constricted by a shareholder resolution that would micromanage the company’s capital allocation process.

Background I Brought to the Event 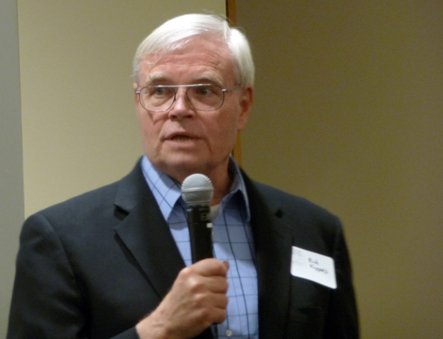 Between 1986 and 1996, Apple’s dividends totaled $457 million while stock buybacks totaled $1,761 million, nearly four times as much. Who were the prime beneficiaries? They were the company’s top executives, such as John Sculley and Michael Spindler, with their stock-based pay, running Apple into the ground.

From 1993-2000 Cisco did 71 acquisitions, 98% paid in shares. Then Cisco started buying back its stock and from 2002 through 2013 expended 107% of its net income on buybacks. They company has engaged in layoffs to sustain its buybacks and their equipment is quickly becoming commoditized. 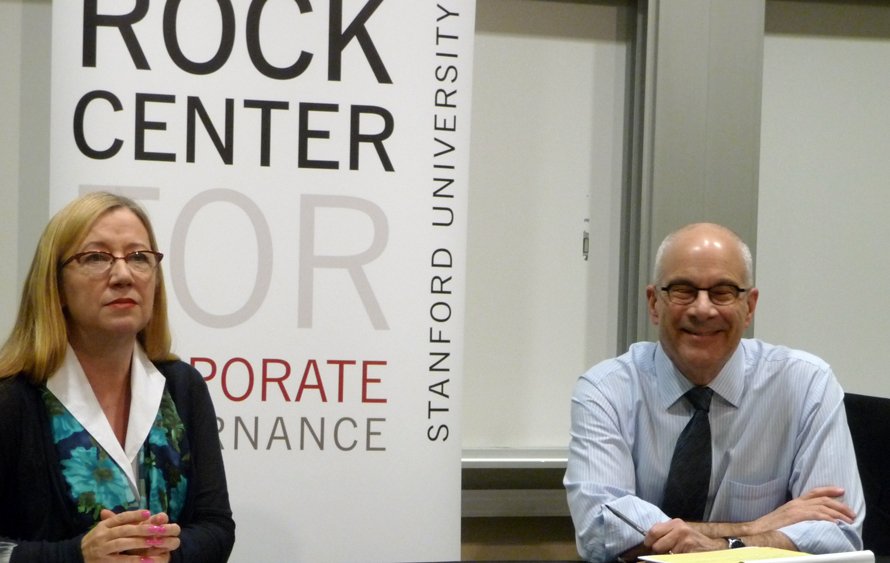 Motorola tripled its profits to $4.6 billion in 2005, largely due to sales of its Razr cellphones. Then they started a program of buybacks and between 2005-2007 repurchased $7.7 billion, equal to 94% of its net income. In 2008, Motorola lost $4.2 billion and was finished as a serious competitor.

Simpson said she was delighted that “reason” has prevailed. What to do with the cash?  CalPERS has a long-term focus. Others flit in and out. Shareholders are beginning to think differently. Shareholders can be divided into three groups: shareowners, traders and raiders. Owners should behave as owners. Market valuation based on shareowners getting in and out. Regulation rooted in 19th century but markets are now international. Financial services is the largest segment of country but not productive in and of themselves. Three types of capital: financial, physical and human. CalPERS looks at all.

Grundfest pointed to concentration of assets in smaller number of investors. At Stanford’s institutional investors forum they might have 25 people in the room representing $14 trillion in assets, the same as the entire US GDP. A dozen big influencers can make the big decisions, as they have at Apple. Apple could easily come up with several plausible reasons for keeping their cast pile: keep for acquisitions… offshore; waiting until deal is cut on repatriating profits; R&D, sector has a lot of companies that disappear so there is a huge technology cycle risk.

Grundfest tried to get Simpson to say how much would be too much of a pile. If they had $100B in US, would her opinion on Ichan’s proposal change?  They don’t need the cash for R&D, which they’ve tripled lately.  Simpson’s talk impressed with her emphasis that value in companies doesn’t just come out of cleverness with money but with other responsibilities as well, those elements of capital: financial, physical and human.

During the question and answer session, I pushed Simpson on the issue of buybacks… aren’t they an admission that a company has failed with regard to new ideas, innovation? Isn’t it fishing with dynamite?

I have to respect her position. We can’t really know for sure. CalPERS isn’t going to get into the weeds… micromanaging companies. If they are dissatisfied with the direction of a company, CalPERS will focus on the directors (and, by implication, governance mechanisms such as majority voting for directors and proxy access). I can’t argue with that.

Shelton Ehrlich, who frequently rises to the microphone at Bay Area AGMs such as Chevron and Apple, suggested that CalPERS vote out the two poorest vote getters at Apple, Al Gore and Andrea Jung. Simpson said CalPERS had opposed three directors on the risk committee at  JPMorgan. Two out of the three are now gone.

With that kind of clout, why bother micro-managing? Agreed. CalPERS should concentrate on the rules of corporate governance and the board by supporting, for example, my proposal at Apple on proxy access. Agree or disagree with Ehrlich about individual current directors, proxy access would certainly give CalPERS more leverage to hold directors accountable.