I joined for what was billed as a ‘fireside chat’ style presentation featuring Anne Simpson of CalPERS, Ralph Whitworth of Relational Investors, LLC, and Katherine Rabin of Glass, Lewis & Co., who will address the hot topics of this year’s proxy season. “Bring your burning questions and get the opinions of these experts.”

Presented in collaboration with CalPERS. 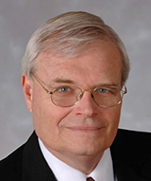 Rich is the former Deputy Executive Officer and General Counsel of CalPERS.  Rich is a Program Fellow at the Rock Center for Corporate Governance at Stanford Law School.  He is the Founder, Past President and former Administrative Officer of the National Association of Public Pension Attorneys (NAPPA) and serves on the board of NACD.  Rich also serves on the board of the IRRC Institute.  He has previously served on four corporate boards. 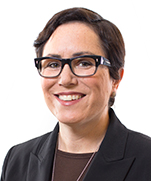 Katherine Rabin is the Chief Executive Officer for Glass, Lewis & Co. Ms. Rabin joined the leading independent corporate governance services firm shortly after it was founded in 2003 and was part of the original management team, overseeing various strategic initiatives during the company’s key growth phases including the development of Glass Lewis’ ViewPoint vote management platform.  She was appointed CEO of Glass Lewis in 2007.

Before joining Glass Lewis, Ms. Rabin was Vice President of Communications at supply chain management company QRS Corporation, where she helped create and then managed the company’s investor relations program.  Previously, Ms. Rabin was in charge of research at OTA/Off The Record Research, an independent investment research firm specializing in supply chain analysis.  From 1992 to 1997, she was business editor at the Hearst-owned San Francisco Examiner.

Ms. Rabin is a Charter Member of the Drafting Committee of the Best Practice Principles for Governance Research Providers, which was established in February 2012 upon conclusion of the European Securities and Markets Authority consultation regarding the proxy advisory industry. 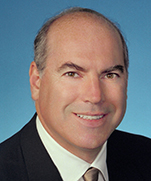 Ralph Whitworth is a Founder, Principal, and Investment Committee member of Relational Investors LLC, a multi-billion dollar private investment fund.  He has served on the boards of eleven public companies, including seven from the Fortune 500.  He has chaired numerous committees and led searches for directors and executive officers.  Mr. Whitworth served as Chairman of the Board at Apria Healthcare Group and Waste Management during crises management situations.  He is currently Chairman of the Board at Hewlett-Packard Company.

Mr. Whitworth is considered an expert on corporate governance and has been called to present his views before various national legislative and regulatory bodies.  He served on five national Blue Ribbon Commissions sponsored by the National Association of Corporate Directors regarding director compensation and other corporate governance issues.  He also served on a Joint Task Force assembled by the Council of Institutional Investors and the National Association of Corporate Directors to review and make recommendations for improving board-shareholder communications.  In 2013 Mr. Whitworth was named the “Lifetime Achiever” by the International Corporate Governance Network, the highest honor bestowed by this global organization of investment professionals from over 50 countries. 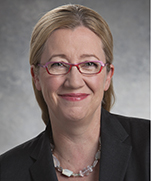 Anne Simpson
Anne Simpson is the Senior Portfolio Manager, Investments and Director of Global Governance at CalPERS. It is the largest public pension system in the United States with approximately $264 billion in global assets. The governance program includes CalPERS Focus List of shareholder engagement with companies, global proxy voting and a legal and regulatory reform agenda. She is leading CalPERS sustainability project to integrate environmental, social, and governance (ESG) across the total fund.

Anne is an advisory board member at the Ira Millstein Center for Global Markets and Corporate Ownership, Columbia Law School. She is a Director of the Council of Institutional Investors and is a member of the Investor Advisory Group of the Public Company Accounting Oversight Board. Anne sits on the Editorial Advisory Board for the journal “Corporate Governance: An International Review” published by Blackwells. She is also the co-author of “Fair Shares: The Future of Shareholder Power and Responsibility.” Her former roles include: Executive Director of the International Corporate Governance Network, head of the World Bank-OECD Global Corporate Governance Forum and Joint Managing Director of Pensions and Investment Research Consultants, Ltd.

This program, like all Norther California NACD programs, was subject to the Chatham House Rule, so my notes are simply brief takeaways on my part, not attributable to the speakers.

Strategy, board membership, and reporting have become more frequent subjects of conversation between investors and the companies they own. It is more of a partnership now than it has been for years. Activist investing shouldn’t have to require proxy fights, since those won’t usually happen if investors and companies are engaged. Proxy fights are a big distraction. However, they are real, with 61 proxy fights so far this year — the most ever.

We had some discussion around disruptive activism (shorting, short term). It doesn’t feel like ‘shareholder spring’ but compensation is still driving engagement and engagement is a positive trend. ‘Against” votes are now going to smaller companies, not larger companies, since larger companies have had some experience and are now doing a better job of disclosing. ‘Independent chair,’ as a proxy proposal, has risen to top since Harvard’s Shareholder Rights Project has worked to declassify so many boards. Majority voting is still a big issue. Gender diversity is big elsewhere in world, such as the EU, but it hasn’t taken hold as strongly as an issue in the US.

Disclose political expenditures has become a very important issue, gathering an average 30 to 40% support last year. Not material sums of money at each company but a sensitive issue. Climate risk proposals also big. Additionally, more long-term owners are willing to ban together, without going to activists. Removal of risk committee members (through resignation) at JPMorgan was a recent example of how long-term owners are pressuring bad boards.

Problematic are smash and grab opportunists. It is important to stand up to smash and grab. Need to support long-term efforts like investing in training and R&D. Shareowners can be divided into owners, traders (60% high frequency), and raiders. Personally, I divide the world into two types of people. One type thinks there are two types of people, the other doesn’t. Still, the owners, traders and raiders trichotomy got a lively discussion going.

There are all kinds of activists and around the world there are lots of ‘relational investors.’  The vast majority of large funds use custom proxy voting policies and don’t blindly follow proxy advisors. They are making decisions themselves.  All are more holistic, measuring multiple dimensions, including governance.
Another lively discussion was around long-term and liquidity. Liquidity of markets lowers the cost of capital.  Some trading might be extreme. Some would argue there is no such thing as short-term/long-term disparity since stocks are selling for 18 times earnings right now… so the market is looking 18 years out. We bought our shares from your long-term shareholders. Doesn’t that make us long-term holders?

Other argue real investment for the long-term is decreasing. Capital raising going down, at least proportionately. There are $600 of derivatives for every dollar on balance sheet. How important is governance? Directors should be called ‘shareholder representatives.’  We’ve worked on symptoms, such as the increasing cost of pay packages. Now we need to focus on the real issues.

For some, majority voting for directors is the biggest issue. For others, it is the constant ratcheting up of pay. No board wants to pay their CEO below average, to the average keeps rising year after year because of this Lake Wobegone effect. Fiduciary rigor just isn’t there on pay plans — incentives aren’t tough enough. We need measures that are real, not peer-based. Multifactored. Options were invented to get paid off balance sheet.

In Sweden companies have nomination committees that include the four largest shareholders. What about 360 degree evaluations for board members? Groupthink and diversity were also brought up as important considerations.

These was also some interesting discussion around the Timken case from last year… similar to IBM twenty years ago. The non-binding resolution was to hire an investment-banking advisor to look at splitting company. I didn’t really follow Timken last year and was a little surprised that such a proposal wouldn’t get thrown out in the no-action process due to a claim of the ordinary business exception. Apparently, splitting the company is not ordinary business.

It was an interesting session with a great panel. For additional insights, see Shareholder Engagement: Bridging the Divide Between Boards and Investors by Matt Orsagh.