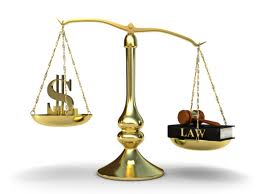 The chilling effect of companies bypassing the SEC’s inexpensive ‘no-action’ process may be coming to an end. Apache, Waste Connections and a growing number of companies have been successful in US district courts in Texas. Finally, we won a landmark case in U.S. District Court of Massachusetts. The law can prevail, even against the weight a $55B company can wield.

I submitted a proposal for an independent chair at EMC with  assistance of my long-time colleague John Chevedden. EMC sought a no-action letter from the SEC on grounds the proposal contained materially false and misleading statements. The SEC turned them down. Then EMC went to court and expanded their complaint to make several other complaints of alleged rule violations, seeking an injunction to keep the proposal off their proxy. I am confident we met all the SEC requirements but we didn’t take on a huge company head to head.

Judge Wolf found they didn’t meet the required grounds for standing, since no harm would come from our actions.

Redress is sought through the court, but from the Defendants… The real value of the judicial pronouncement – what makes it a proper advisory opinion – is in the settling of some dispute which affects the behavior of the Defendants towards the plaintiff. (Hewitt v. Helms, 482 US 755, 761)

Even if they did have standing, Judge Wolfe said he wouldn’t grant it because the parties EMC claimed could cause harm (the SEC and all other EMC shareholders) weren’t named parties in the complaint, so an injunction wouldn’t apply to them.  Judge Wolf said the 5th Circuit court of appeals involving a similar case (Waste Connections v. Chevedden and McRitchie) was ‘unpersuasive.’

For Judge Wolfe it was also meaningful that he had no briefing from the SEC, which has declined to grant no-action. He would want to hear from them. Although not required to go to the SEC first, he appeared very reluctant to reverse the statutory scheme of seeking available administrative remedies, especially in light of  my relatively small holding in EMC it didn’t make economic sense for me to hire legal counsel. Despite some statements about the chilling effect of going directly to court (my choice of words, not his), that was not included in his expressed reasons for dismissal.

The transcript should provide an excellent roadmap, useful to anyone facing such intimidation in future. I fell in love with Boston during graduate school. Now I’m falling in love with it all over again, although I would like to believe justice can also be obtained in Texas.

Long before the 2010 Supreme Court decision in Citizens United v. FEC, Lewis Gilbert recognized that “we cannot have good political government unless we have good corporate governments,” since “our political leaders reflect the thinking of the corporate world.” “Participation in the nation’s business is the only real democracy in a modern world where it is indisputable that industry and finance are primary even in the field of political decision.”

Industry appears to have to often captured not only the field of politics, as noted by Lewis Gilbert, but the judiciary as well. Thankfully, justice can still obtained but neither justice nor democracy can be taken for granted. Next up for us is Chipotle Mexican Grill, Inc v. Chevedden, et al. Will the Colorado District Court render a similar decision?

Take Action: CII, ISS, Glass Lewis, NACD and others should adopt a policy that companies should not file lawsuits to exclude rule 14a-8 shareholder proposals from their proxy materials on any grounds for exclusion they have not first raised with the SEC through the no action exclusion process. As noted above, Judge Wolf made it clear in his oral decision that, although companies have the right to go directly to court, he believes they should use the administrative process for all the issues they might want to raise in court. The SEC has the experts and can make good decisions on a timely basis. Use of the courts as a substitute for that process should not be encouraged.