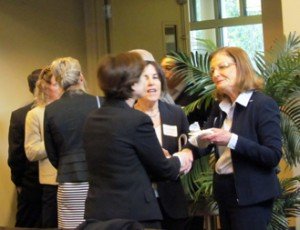 A passionate, visionary founder has the start-up organized and funded and captured first customers, but does not have the experience (or skill set) to scale the company to a liquidity event. The need to move the founder from CEO to an executive technical position or “just” a member of the board and an investor is more the rule than the exception in Silicon Valley. Unfortunately, this transition is often badly handled, turning the founder from a major asset to a bruised critic at best, and a passive aggressive saboteur of the CEO at worst. This program will focus on the planning and execution that can make this transition a positive one for all stakeholders.Panelists 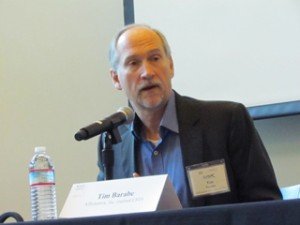 Tim Barabe has been a director since 2001. Last year he retired from his position as EVP and CFO of Affymetrix, Inc. Previously, he was senior vice president and CFO of Human Genome Sciences, Inc. Before that, he was CFO at Regent Medical Limited, a UK-based, privately owned, surgical supply company. In addition, Tim served Novartis AG in a series of senior executive positions in finance and general management, most recently as the CFO of Sandoz GmbH, the generic pharmaceutical subsidiary of Novartis. Tim received his BBA degree from the University of Massachusetts, Amherst and his MBA from the University of Chicago. 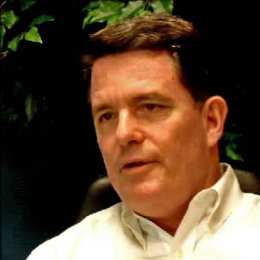 Mark Lonergan specializes in CEO and board placements in technology companies in North America. His recent CEO and senior executive assignments include such clients as Silicon Graphics, Xilinx, Virgin Mobile, ZiLog, Tessera and Tellabs. Over his 15-year career in executive search, Mark has conducted nearly 150 technology company CEO and general partner assignments. Prior to founding Lonergan Partners, Mark was the managing partner for the Silicon Valley offices of Heidrick & Struggles, Inc. Earlier, Mark co-founded and later managed Heidrick’s global telecommunications and Internet practice, composed of 75 executive search teams. Prior to that, he was vice president, sales and marketing, at ADC Telecommunications, a $2 billion public telecommunications equipment supplier. 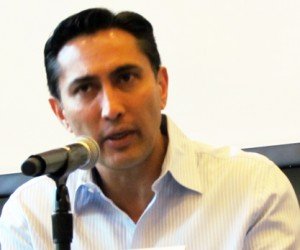 Ullas Naik is a seasoned venture capitalist, angel investor and entrepreneur. He is the founder of Streamlined Ventures, a seed-stage venture capital firm investing in extreme-scale business application and infrastructure software companies for the web, mobile web, social web and enterprise. The fund’s investments include Atheer Labs, Resilinc, DoorDash, Baarzo, Tachyus and BoomTrain. Ullas has been an active angel investor for over 17 years during which time he invested in more than 60 companies spanning Internet 1.0, Web 2.0, the mobile web, social web, enterprise computing as well as disruptive technologies in other domains. Some examples of successful prior angel investments include companies such as Critical Path, InterTrust, iRobot, Arbinet and Sandforce (acquired by LSI). 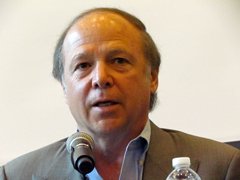 Bob Varian is a partner in the San Francisco office of Orrick and is a member of the securities litigation group. He was previously a partner in the securities litigation groups of Clifford Chance US LLP and Brobeck, Phleger & Harrison LLP. Bob is one of the few attorneys in the US to successfully try securities class actions to verdict and win one of the National Law Journal‘s top 10 defense verdicts in the country in a major securities class action jury trial. He has successfully litigated many high-profile cases that have received extensive coverage in the national media. Last year Bob was named to Lawdragon’s Top 500 Leading Lawyers in America, one of the most elite accolades in the legal profession. 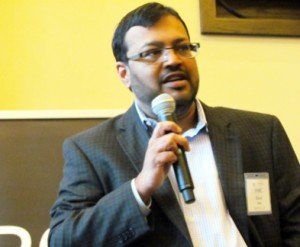 Moderator, Hitesh Shah is director of business development at BDO. He has more than 20 years of experience spanning start-up through venture financing and eventual M&A exits in multiple high technology companies. He has in-depth experience in people management, finance, venture capital, business development, product management, business planning and customer service. Hitesh has raised $100 million in venture capital for four different start-ups. Prior to joining BDO, Hitesh was a COO at Solum, an Andreessen Horowitz, Khosla Ventures and Google Ventures funded company. Hitesh also served as CEO and COO at Fat Spaniel Technologies (acquired by Power-One) and CFO at iPolicy Networks (acquired by Tech Mahindra in India).

This program, like all SVDX programs, was subject to the Chatham House Rule.

The session focused on privately held companies about to go public where the CEO starts missing expectations. There aren’t many who voluntarily yield but it is often described as the CEO voluntarily stepping down in the end, after subtle and not so subtle encouragement from board members.  Often founders are research oriented, not well suited to the CEO role of a growing company. However, getting them to realize that is usually a drawn out process.

Sometimes, even at the seed stage, VC’s will bring up the issue, but internalization takes time. Pulling back the founder from managing their ‘baby’ involved a mass of emotion. Many founders think they will be the exception. After all, they had to be exception already to get their business off the ground.

The consensus seemed to be that boards are often too reluctant to raise the issue directly. When boards sneaks up on the issues, the damage will linger for much longer. Better to address the issues head-on.

The process part is often mishandled. Their meeds to be a level of discussion to at least get the board on the same page. Board members are busy. There are often only one or two board members pushing the issues. Many times the founder is the chairman of the board and the other directors have been appointed essentially as an honor. If that is the case, it is even more difficult. There are a lot of cross currents regarding the economics involved, depending on contractual agreements. Sometimes CEO can be bought out legally for a minimal amount; at other times not at all.

There are plenty of situations where founders have been moved from CEO to ‘regular’ board members but it can be a real problem, since many people may still be going to the founder for and with insider information. Most founders aren’t capable of removing themselves. Surgeons do amputations with a swift stroke for good reason. It isn’t a universal truth but a clean break can save years of ‘transition’ time.

Others argue that often the founder knows the product best as well as early important customers. In that case, the need is for a heart to heart talk about the rules of engagement. It is always complicated. The weaker the board, the more you have all these problems, since a strong board will address issues as soon as they arise. If you can keep the founder involved, they are valuable asset.

What are the indicators that point to a need to replace? Often founder is brilliant technically but not a leader, he or she doesn’t have the vision. It is never clear as day and night but if milestones keep getting missed, that’s critical. Boards should always have executive session after board meetings. The sense that the CEO needs replaced usually builds over several meetings. If alienating that is more obvious. Sometimes founder hires people that don’t perform but takes no action. Sometimes VCs drive the change. Often it can be an incoming investor that sets conditions. Venture capital partnerships can come to that conclusion. It gets more complicated if the company about to go public. Sometimes they bring in strong people around the CEO, like a new CFO. Sometimes the CEO is still too much of a dominate force. Boards have to look at the opportunity costs.

Developmental plans and coaching can be used but often it doesn’t work. Companies too often suffer for years. A new CEO won’t be a savior, at least it is unlikely. There are always tradeoffs. How do you communicate that decision to CEO and senior management, employees, customers? Best communication is often blunt truth. Series A investor board members are experienced and are likely to take the lead in driving decisions. Typically, one of them will communicate with the founder. If staying in the company then you want the founder to present the decision as their decision to save face and to ease the transition.

CEO searches shouldn’t take more than sixty days but averages about 7.5 months in Silicon Valley. Pressures from other stakeholders. Directors have a fiduciary duty around wealth creation. They have a duty to act in best interest of company, not to drag their feet. VCs might have different timeframe based on liquidation preference or timing. Founders may have a more optimistic view of the future. Director must act in best interests of shareholders as a whole. Where there aren’t enough disinterested directors to make the decision the process can get into legal complications. Be up front and document.

Most of the litigation has been filed by founders for dilution of interest, buying back unvested stock at cost. More of those than there used to be. If disagreement, the way to mitigate is to make a good record. If you have a majority with no self interest, have them make the decision. Self-interested directors should recuse themselves so you still have protection from business the judgment rule. More problematic if too harsh with the CEO. Make a deal. Economics trumps. Signed releases for consideration offer considerable protection.

Average SV startup takes 11.5 years to go public and have three CEOs during that time period. In the rush to the ‘wedding,’ people often forget about the ‘marriage.’ Walk through the expectations in advance with CEO candidates. Challenges and ugliness to come must be known in advance of taking the job. No surprises. Be honest and rigorous in describing challenges. Too many assume you need to sell the position to the CEO candidate. Be completely candid.

Most CEOs won’t stick all the way through. Let them know that up front. Of course, there’s also a competitive dynamic involved. The VC may not get the deal if they are too up front about need probable for a transition. Plant the seed when things are going really well. That’s when CEOs might be more willing to listen.

Founders are inherently optimistic. They are going to be the exception. Bullhorns may be necessary to convince them otherwise. 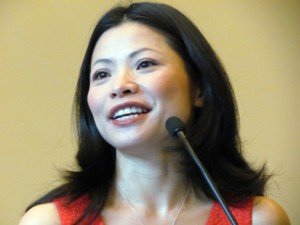 After the main program was over, SVDX Vice President Kim Le informed us of upcoming events, including Talk is Cheap: The Board’s Role in an Ethical Culture. Features of an ethical culture will be examined, along with its value to the bottom line, company brand and reputation. That program will be held on April 17th with continental breakfast starting at 7:30 AM and the program running from about 8 to 9:30 in the same venue, Paul Brest Hall-East (Next to Stanford Law School). I hope to see you there.

Watch a video wrap-up of the Moving Day event.