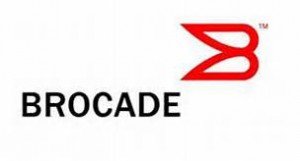 Brocade Communications Systems, Inc. $BRCD, is one of the stocks in my portfolio. Their annual meeting is coming up on 4/8/2014. ProxyDemocracy.org was down when I checked and voted on 4/2/2014.  I voted with management 92% of the time.  View Proxy Statement.

Warning: Be sure to vote each item on the proxy. Any items left blank are voted in favor of management’s recommendations. (See Broken Windows & Proxy Vote Rigging – Both Invite More Serious Crime). I generally vote against pay packages where NEOs were paid above median in the previous year but make exceptions if warranted. According to Bebchuk, Lucian A. and Grinstein, Yaniv (The Growth of Executive Pay), aggregate compensation by public companies to NEOs increased from 5 percent of earnings in 1993-1995 to about 10 percent in 2001-2003.Few firms admit to having average executives. They generally set compensation at above average for their “peer group,” which is often chosen aspiration ally.

While the “Lake Woebegone effect” may be nice in fictional towns, “where all the children are above average,” it doesn’t work well for society to have all CEOs considered above average, with their collective pay spiraling out of control. We need to slow the pace of money going to the 1% if our economy is not to become third world. The rationale for peer group benchmarking is a mythological market for CEOs.

BRCD’s Summary Compensation Table shows CEO Lloyd A. Carney, was the highest paid named executive officer (NEO) at about $8.3M in 2013. I’m using Yahoo! Finance to determine market cap ($4.4B) and Wikipedia’s rule of thumb regarding classification. BRCD is a mid-cap company. According to Equilar (page 6), the median CEO compensation at large-cap corporations was $4.7 million in 2012, so BRCD is under median.

The GMIAnalyst report I reviewed gave BRCD an overall C for several reasons, including that the board has not established a formal clawback policy regarding its executive incentive pay, possible related party transactions, possibly overboarded directors and more.  I see three directors are on three boards. I’m not enthralled with that but voted for all the directors and in favor of the pay package.

I voted in favor of Ken Steiner’s proposal asking the board to amend the bylaws to allow shareholders with 10% of shares to call a special meeting.  Although there may be some factual errors in Steiner’s proposal, what he asks for is still good corporate governance. Shareowners need to have the right to call a special meeting in emergency situations. His proposal would put that issue to the board for their full consideration.

However, in searching the proxy I don’t see any deadline given for submitting proposals for next year.

Looking at SharkRepellent.net, No action can be taken by written consent at BRCD and no special meetings can be called by shareowners. Hopefully, shareowners will vote for Steiner’s proposal and we will have the right to call special meetings in the future.
From Yahoo! Finance, Brocade Communications Systems, Inc.’s ISS Governance QuickScore as of Mar 1, 2014 is 1. The pillar scores are Audit: 1; Board: 3; Shareholder Rights: 1; Compensation: 6. Brought to you by Institutional Shareholder Services (ISS). Scores range from “1” (low governance risk) to “10” (higher governance risk).