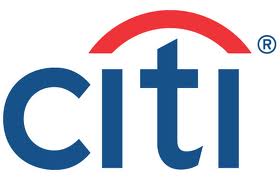 The deadline for voting online is April 21st. My proposal, #8 on Citi’s proxy (page 97), would bring proxy access (page 40) to our company by allowing shareowners to place board nominees on Citi’s proxy. Don’t be fooled by Citi’s opposition statement, which calls the ownership thresholds “low.” In reality, 1% of Citi is huge; about $1.4B.

The largest shareowners at Citi, Vanguard and SSgA have never initiated an activist campaign but they might vote for candidates put forward by other investors. Public pensions are more likely to take the activist role and nominate candidates.  The four largest public pension funds combined — CalPERS (35%), New York State Common (0.33%), CalSTRS (0.18%), and Florida SBA (0.17%) — would barely hold enough shares to nominate three board members directors under my proposal.

Another group with at least 25 shareowners could possibly nominate another 3 directors. Neither party could coordinate with the other. Neither party, nor even both combined, could ever win a majority of board seats under this proposal, but they could start to change the culture of Citigroup.

It wouldn’t be easy but if these funds, or others, put in the time to coordinate efforts, vet candidates and run them for office, we would have a real contest of ideas. Look at the proxy and you’ll see only statements of qualifications – nothing about how directors plan to grow our company or improve its faded reputation. Proxy access would drive competition among board candidates. Competition leads to better candidates — and they’ll be working for shareowners, not our CEO Michael L. Corbat.

That’s just March 2014; there are 12 month’s in a year but who has time to read all the scandals involving Citi? More recently, Citigroup is to pay US$1.13 billion to settle claims regarding mortgage-backed securities by a group of 18 institutional investors.
Please vote in favor of Proxy Access, proposal #8.  Help move our company to sustained profitability and growth, with a culture that serves our customers and follows the law.