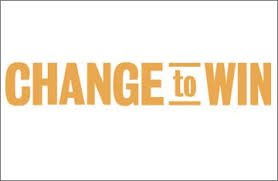 1. Name of the Registrant:

2. Name of the person relying on exemption: CTW INVESTMENT GROUP

We urge you to VOTE NO on the Advisory Vote to Approve Executive Compensation (“Say-on-Pay”) at the annual meeting of shareholders on May 15, in light of pervasive pay problems, which include:

The CtW Investment Group works with pension funds sponsored by affiliates of Change to Win – a federation of unions representing over six million to enhance long-term shareholder value through active ownership. These funds have $250 billion in assets under management, and are substantial Chipotle shareholders.

Even Chipotle’s share performance cannot justify its pay levels. Chipotle ranks among the 5 worst pay offenders in the Russell 3000, with its CEO pay over the past 3- and 5-year periods vastly outweighing, on a peer relative basis, its total shareholder returns over the same time-frames, according to Equilar, a research service that scores companies on their pay-for-performance. This holds true whether using a 3-year grant date value estimation of pay – $60 million – or a realizable pay valuation – $144 million. In actuality, however, under Chipotle’s expensive and co-CEO structure, “all-in CEO” pay is even higher, with co-CEOs Steve Ells and
Montgomery Moran each receiving more than $60 million in grant compensation over the past 3 years. Their collective compensation of approximately $50 million in 2013 would place them 10th on a list of Russell 3000’s highest paid CEOs; and based on Capital IQ reporting of co-CEO pay, Messrs Moran and Ells represent the most expensive co-leadership team in the Russell 3000. [The Capital IQ pay data are based on the most recent information available at the time the data was collected (April 13th) and thus for companies yet to report 2013 compensation will be based on 2012 compensation data.]

With compensation for just one half of our co-CEO team consistently around 5 times the peer median for companies run by a single CEO, it is difficult to believe these compensation levels are necessary for retaining key personnel – particularly as Mr. Ells is the Company’s founder. Indeed, including the sizable compensation paid to our other named executives, total reported compensation in 2013 exceeds $67 million for these five executives! For perspective: this is 42% more than the reported 2013 compensation for the named executive team at Coca-Cola Co., one of the world’s largest consumer goods and services companies, and almost as much
as paid at General Electric Co ($73.6 million). – a company with not only 45 times the revenue and 34 times the operating income of Chipotle, but arguably one of the most organizationally and operationally complex companies in the world. Particularly striking here is that our CFO Jack Hartung was paid between $3.3 million and $2.6 million more than his counterparts at Coca-Cola and GE in 2013, which made him the 58th highest paid CFO in the Russell 3000 even though Chipotle’s revenues rank 663rd in the index.

Indeed, despite having served as Chipotle CFO for 12 years and presumably having had ample time to relocate to Denver, Mr. Hartung is receiving $50,000 for travel between his home, the location of which is undisclosed in the proxy statement, and the company headquarters, as well as $30,000 in housing costs each year. Outside of new-hire packages – which are typically temporary and designed to cover a transition period – living expenses and commuting costs should not be covered by shareholders. Similarly, it is noteworthy that shareholders are reimbursing Mr. Moran, a long-time resident of the company’s hometown, Denver, for up to $25,000 in schooling expenses for his children.

By almost any measure Chipotle suffers from a bloated pay structure. Critically, this matters to Chipotle investors not only from both pay-for-performance and corporate governance perspectives, but also from the standpoint of human capital management. The 10-K reports that creating an “employee culture” is part of the unique strategic vision these executives have brought to the company and both the 10-K and the proxy statement (including as part of the annual incentive plan) stress Chipotle’s focus on developing a “restaurateur culture.”

However, an April 2013 Bloomberg analysis of CEO-to-worker pay ratios ranked Chipotle with the 11th highest ratio out of the S&P500’s top 250 companies – with co-CEO Ells receiving 778 times the median salary at the company. This huge disparity could put at risk the company’s unique employee culture. In fact, it appears an outright contradiction to be justifying exorbitant pay levels and benefits for the executive team on the basis of their unique fostering of “employee culture” when the resulting CEO-to-worker pay ratios risk undermining that culture. Furthermore, in an analysis on human capital management and corporate
performance, available on our website, we identified a clear negative relationship between large and growing CEO-to-worker pay ratios and future shareholder returns.

The pivotal flaw in Chipotle’s compensation is what Institutional Shareholder Services described in its 2013 report as the company’s
“perpetual sizable grant” of equity to top executives each year in order to “refresh their share of shareholder value creation,” even as
they actively dispose of their existing shares. ISS termed this a “conveyor-belt” approach to equity compensation.

Critically, rather than targeting a projected economic value for the annual grants of stock only stock appreciation rights (“SOSARS”) to executives that can be benchmarked against target incentives at peers, the pay philosophy over the past three years has been to reserve a portion of future shareholder value creation for the executives by granting them awards equal to a fixed percentage of the outstanding shares each year – between 0.48% (for the co-CEO’s) and 0.05%. As Chipotle’s share price has enjoyed strong appreciation, these awards have driven the pay levels that are, as we discussed above, no longer remotely necessary to retain and attract talent. The Compensation Committee defends its approach by claiming that any reduction in the number of shares covered by the awards compared to previous years would “effectively decrease the proportion of shareholder value creation
reserved [and] therefore represent a reduction in the compensation potential of the awards;” but this neglects the long-run alignment equity awards are supposed to foster between the upside opportunities of shareholders and executives through the steady accumulation of equity by the executives as prior awards vest.

THIS IS NOT A SOLICITATION OF AUTHORITY TO VOTE YOUR PROXY. PLEASE DO NOT SEND US YOUR PROXY CARD AS IT WILL NOT BE ACCEPTED.

The problem, however, is that active selling by the co-CEOs, including soon after vesting or well before the expiration date, has undercut the role accumulated awards should provide in creating a valuable stake in future value creation. Over the past four years, in open market sales, Mr. Moran has sold 316,000 shares – equal to more than half of his targeted SOSARs awards granted between FY 2011-FY 2013, while Mr. Ells has sold 548,000 shares – or more than 90% of his targeted SOSAR awards – over the same time-frame. The result is a deeply flawed pay philosophy in which the board believes perpetually sizable equity grants are
necessary to refresh the “share of value creation” each year as executives dispose of their stock and realize immediate gains.

Unfortunately, rather than soothing investor concerns over the pay design, the use of performance-vesting criteria on half of the SOSARS only further betrays the shortcomings in Chipotle’s pay practices. As disclosed in the proxy statement, the 2011 performance-vesting SOSARs were contingent on cumulative adjusted cash flow from operations of at least $975 million between the beginning of fiscal 2011 and the end of fiscal 2014. However, with this hurdle satisfied just two years into the performance period, there is every reason to be skeptical of the robustness of this performance hurdle. Indeed, the performance share awards, which play a secondary role to SOSARS in the company’s long-term incentive plans, carried a far higher target for cumulative
adjusted cash flow from operations – $1.489 billion – over the shorter, but overlapping, 3-year period from Q42010 to Q42013. Even here, the company exceeded this target – although detailed disclosure of the adjustments made to cumulative cash flow from operations would benefit investors given that the company’s cash flow statements report just $1.3 billion in cumulative adjusted cash flow over this period.

Despite notable votes against say-on-pay in 2012 and 2013 – 21% and 27% respectively versus circa 10% for the Russell 3000 on average – the Compensation Committee has each time determined that the votes do not “warrant significant changes” to the company’s pay practices. Even more worrying, however, is that for 2014, the company appears to have actually increased the size of the equity grants to the co-CEOs, with the February 2014 award comprising 86,000 time-vesting options versus the 75,000 granted in each of the past three years.

We urge you to join us by voting AGAINST approval of the advisory vote on executive compensation (Item 2 on the ballot). Investors should note that no incumbent member of the Compensation Committee is up for re-election this year.

If you would like to discuss our concerns directly with us, please contact my colleague Michael Pryce-Jones at (202) 721-6079 or at
Michael. Pryce-Jones@changetowin.org.

THIS IS NOT A SOLICITATION OF AUTHORITY TO VOTE YOUR PROXY. PLEASE DO NOT SEND US YOUR PROXY CARD AS IT WILL NOT BE ACCEPTED.

International Business Machines Corp. (IBM): How I Voted – Proxy Score 75
Many Boards Moving Ahead on Environmental and Social Issues

One Response to CtW Exempt Solicitation at Chipotle Mexican Grill