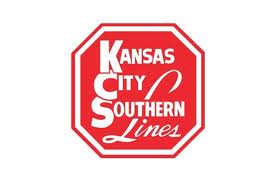 Kansas City Southern $KSU, is one of the stocks in my portfolio. Their annual meeting is coming up on 5/1/2014. ProxyDemocracy.org had collected the votes of two funds when I checked and voted on 4/23/2014.  I voted with management 100% of the time.  View Proxy Statement.

KSU’s Summary Compensation Table shows CEO David L. Starling was the highest paid named executive officer (NEO) at about $4.9M in 2013. I’m using Yahoo! Finance to determine market cap ($11B) and Wikipedia’s rule of thumb regarding classification. KSU is a large-cap company. According to Equilar (page 6), the median CEO compensation at large-cap corporations was $9.7 million in 2012, so KSU is well below median, but then again it barely falls into the large-cap category.

The company has not adopted a full majority director election standard, greatly limiting the ability of company shareholders to hold members of the board accountable in uncontested elections. Majority voting has become a widely prevalent practice in the S&P 500 index, with only 14.4% failing to adopt this standard. There are 9 directors in all and the board met 5 times in the last reported year. There were also 5 non-executive meetings…

Additionally, KSU has a combined CEO/Chair.  I agree with the Council of Institutional Investors and the Millstein Center for Corporate Governance, “The time has come for independent chairmanship to become the default model of board leadership in corporate North America.”

Mark your calendar (they don’t make it simple):

Our Bylaws set forth the advance notice requirements that stockholders must follow in order to either make a director nomination or bring any other business at any annual or special meeting of the stockholders, and explicitly provide that the procedure provided in the Bylaws is the exclusive means for a stockholder to make such nominations or proposals (other than proposals submitted for inclusion in the proxy statement governed by Rule 14a-8 of the Exchange Act). The Bylaws provide that to be properly brought before a meeting, a proposal must be brought (i) pursuant to our proxy materials with respect to such meeting, (ii) by or at the direction of the Board of Directors, or (iii) by a stockholder who (A) was a stockholder of record both at the time of giving of notice for the meeting and at the time of the meeting and is entitled to vote at the meeting and (B) has timely complied in proper written form with the procedures set forth in the Bylaws. In addition, the Bylaws (A) expand the required disclosure regarding stockholders making proposals or nominations to include, among other things, disclosure of all ownership interests, class and number of shares owned, hedges, derivative and or short positions, hedging or other transactions, profit interests, options, any voting or dividend rights with respect to any shares of securities of the Company, any material interests of the stockholder (and beneficial owner, if any) in the nomination or proposal, and any other information that would be required in a solicitation of proxies for the nomination or proposal, and (B) require a stockholder nominating a person for election as a director to include in the advance notice certain biographical information about each such nominee, a fully completed Director’s Questionnaire on the form supplied by the Company, a written representation of such nominee as to any voting commitments or related transactions, and an agreement by such nominee to comply with the Company’s corporate governance, conflict of interest, confidentiality and stock ownership and trading policies and guidelines.

If a holder of our Common Stock wishes to present a proposal for inclusion in our proxy statement for next year’s annual meeting of stockholders, the proposal must be made in accordance with the applicable laws and rules of the SEC and the interpretations thereof, as well as our Bylaws. Any such proposal should be sent to our Corporate Secretary at P.O. Box 219335, Kansas City, Missouri 64121-9335 (or if by express delivery to 427 West 12th Street, Kansas City, Missouri 64105) and must be received no later than December 1, 2014.

Looking at SharkRepellent.net, KSU has a plurality vote standard to elect directors with resignation policy, rather than a majority vote standard. No action can be taken without a meeting by written consent.

From Yahoo! Finance, Kansas City Southern’s ISS Governance QuickScore as of Apr 1, 2014 is 10. The pillar scores are Audit: 1; Board: 10; Shareholder Rights: 10; Compensation: 9. Brought to you by Institutional Shareholder Services (ISS). Scores range from “1” (low governance risk) to “10” (higher governance risk). Each of the pillar scores for Audit, Board, Shareholder Rights and Compensation, are based on specific company disclosures.

Talk is Cheap: The Board's Role in an Ethical Culture
Guest Post: Relieve the Pain of Voting Season