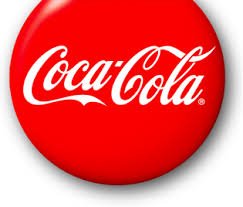 The Coca-Cola Company $KO, is one of the stocks in my portfolio. Their annual meeting is coming up on 4/23/2014. ProxyDemocracy.org had collected the votes of four funds when I checked and voted on 4/15/2014.  I voted with management 63% of the time.  View Proxy Statement, which by the way is very nice and user friendly. See 18 Cool Things about the proxy.

KO’s Summary Compensation Table shows CEO and Chair Muhtar Kent was the highest paid named executive officer (NEO) at about $23.4M in 2013. I’m using Yahoo! Finance to determine market cap ($177B) and Wikipedia’s rule of thumb regarding classification. KO is a large-cap company. According to Equilar (page 6), the median CEO compensation at large-cap corporations was $9.7 million in 2012, so KO’s is well over median. Additionally, although I do not fully embrace every criticism of David J. Winters, I believe his analysis contains many valid points. Therefore, I voted against the pay plan, stock plan and members of the compensation committee: Maria Elena Lagomasino (chair), Ronald W. Allen, Alexis M. Herman, James D. Robinson III. I’m letting Helene D. Gayle off the hook, since she is new. I am also concerned that KO has several directors who have been on the board for more than 20 years and many are also getting up there in age.

The GMIAnalyst report I reviewed gave KO an overall F for several reasons, including:

The company has failed to split the roles of CEO and chairman, which may compromise even further the board’s independence from current management interests. Split CEO and chairman roles are characteristic of 46.1% of companies in the S&P 500…

GMI has flagged the board as potentially entrenched due to a high number of long-serving directors… While we recognize the benefits of experience, it becomes increasingly challenging to act independently with such extensive service. Long-tenured directors can often form relationships that may compromise their independence and therefore hinder their ability to provide effective oversight. We note that only 21.9% in United States have been flagged for having an entrenched board…

With regard to the shareowner proposal, of course, I voted in favor of my own proposal to require an independent board chair. I agree with the Council of Institutional Investors and the Millstein Center for Corporate Governance, “The time has come for independent chairmanship to become the default model of board leadership in corporate North America.” CalSTRS and proxy analyst ISS also support the proposal, according to Pensions&Investments (Investors split on Coca-Cola proxy proposals), as is the Ontario Teachers Pension Plan.

For me, splitting the CEO and chair positions is just good governance. KO seems to be operating a little too much in the past. Too many board members have been there too long, although I like the most recent appointments of Ana Botin and Helene D. Gayle.  The average age of directors on S&P 500 Boards is 63. The average age of men on the KO board is 68, whereas the average age of women on the KO board is 60 and the women are a much more diverse group in terms of international experience. Women make up about 1/4 of our board, yet will control close to 75 percent of discretionary spending worldwide in the next five years.

Soda sales are headed down. The prospects seem a little like what the cigarette industry faced years ago. Yes, we can concentrate more on world sales but let’s also focus more attention on healthy products like those of our Odwalla and Honest Tea lines. Where is KO’s line of kombucha, which could offer high profit margins from fermented teas, rich in antioxidants and probiotics? Additionally, I’d focus more on innovation than extraction… acquisitions, rather than stock buybacks. There’s only so much milk this cow will give without further investment.

Evolution of the role of the board has created an array of significant duties, difficult to reconcile with the full-time required to manage the demands of a large company. According to a survey by the National Association of Corporate Directors, 72.8% of directors serving on boards with an independent chair opined that companies greatly benefit, while 6.7% stated they did not. According to the latest Spencer Stewart survey of board members, 64% agree or strongly agree that splitting the positions results in more independent thought by directors, while 60% affirm that it leads to more effective CEO evaluations.

In their opposition statement, the KO board writes, “combining the roles of Chairman and Chief Executive Officer has served our shareowners well over time.” Yes, but over what period of time?

Over the last year, the S&P 500 is up about 20%, while KO has been flat. Over the last 3 years the S&P is up about 40%, while KO is up 20%. In a five-year timeframe, the S&P 500 is still way out in front. At 20 years, the return is about the same. Think about how much has changed in the last 20 years. Back then, most CEOs virtually hand-picked rubber-stamp boards. Google has only been around for about 15 years. When most of our board members were in school they didn’t even use photocopiers – they used mimeograph machines with smudgy purple ink.

A proposal for action to be presented by any shareowner at the 2015 Annual Meeting of Shareowners will be acted upon only if the proposal is to be included in the proxy statement, pursuant to Rule 14a-8 under the 1934 Act, the proposal is received at the Office of the Secretary on or before November 7, 2014.

Looking at SharkRepellent.net, special meetings can only be called by shareholders holding not less than 25% of the voting power. That seems high to me. I’d like to see that reduced to 10 or 15%.