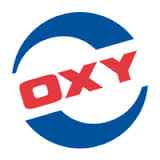 The inveterate Timothy Smith, Director of Environmental Social and Governance Shareowner Engagement at Walden Asset Management recently wrote (download pdf) to Margaret (Peggy) Foran who chairs the Board Governance Committee at Occidental Petroleum Corporation (Oxy), asking them to review their vote counting bylaws and practices prior to their May 2nd AGM.

Apparently, Smith had written to Oxy on March 27th asking how they will count the votes. Donald de Brier responded (download PDF without attachment) that although SEC Staff Legal Bulletin 14 specifies how votes should be counted for purposes of Rule 14a-8(i)(12), which sets out minimums for shareholder proposals to be eligible for resubmission in future years, Oxy by-laws specify different standards to be used in determining “whether or not a proposal has been approved by stockholders.”

Under the counting procedures outlined by the SEC, abstentions and broker non-votes are not counted. Although Oxy uses that measure when determining if they are required to include resubmissions in subsequent years, their bylaws provide that abstentions and broker non-votes are counted as “against” votes.  Smith wrote to Foran on April 8th asking the Committee to review and he includes a study by GMI Ratings done late last year for CalPERS (download pdf).

That study found 52% of companies reviewed in both the S&P 500 and Russell 1000 include abstentions, while 48% exclude them… so Oxy is not alone. However, when it comes to broker non-votes, an overwhelming majority of 94% does not count them. Oxy is among a small group of under 4% (36) that always counts them.

Thank you Tim Smith and Walden Asset Management for raising this important issue.