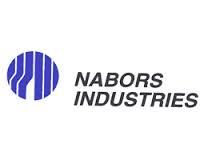 CalPERS filed a notice of exempt solicitation (PX14A6G) and urged shareholders to vote for a proposal asking the company to amend their bylaws to exclude broker non-votes when tabulating proxy votes at the 2014 AGM of Nabors Industries (NBR). I don’t personally own stock in NBR but the issue is an important one, so it is good to see CalPERS raising it at this high visibility company. Dear Nabors Industries Ltd. Shareowner:

We urge you to vote “FOR” proposal #10 – our non-binding recommendation that Nabors amend their bye-laws to exclude broker non-votes when tabulating proxy votes. CalPERS is the nation’s largest public pension fund with approximately $290 billion in assets and as of the record date April 4, 2014, owned 1,110,500 common shares of Nabors. As a significant long-term shareowner, we seek your support for Proposal #10, a non-binding proposal recommending broker non-votes not have the same effect as an against vote for proposals being put to shareowners for consideration. We believe approval of voting matters should be calculated considering only ‘for’ votes, ‘against’ votes and ‘abstentions.’

Currently, Nabors by-laws require that broker non-votes be counted as votes against a proposal. CalPERS believes this unusual method of tabulating proxy votes has the same effect as a super- majority voting provision. Further, research conducted by Governance Metrics International (“GMI”) has found that only 36 (under 4 percent) of the firms in the Russell 1000 Index include broker non-votes in their vote calculation. Nabors Industries is one of the select few companies.

We urge you to vote “FOR” proxy proposal #10 our non-binding recommendation that Nabors amend their bye-laws to exclude broker non-votes when tabulating proxy votes. Should you have any questions about the CalPERS vote please feel free to contact Todd Mattley, CalPERS Investment Officer and Global Head of Proxy Voting at Todd.Mattley@calpers.ca.gov or 916-795-0565. Thank you for your support on this very important issue.